Malami deactivated his account to honour the federal government’s issued directive regarding the suspension of Twitter platform in Nigeria.

But we observed that the attorney general himself violated the Twitter suspension order by logging into the platform using a virtual private network (VPN) application which is said to be illegal in Nigeria.

We also observed from one of the screenshots Abubakar Malami shared that there is a logo at the top of his tab that appears to be those of LAToken, a Cryptocurrency trading application. 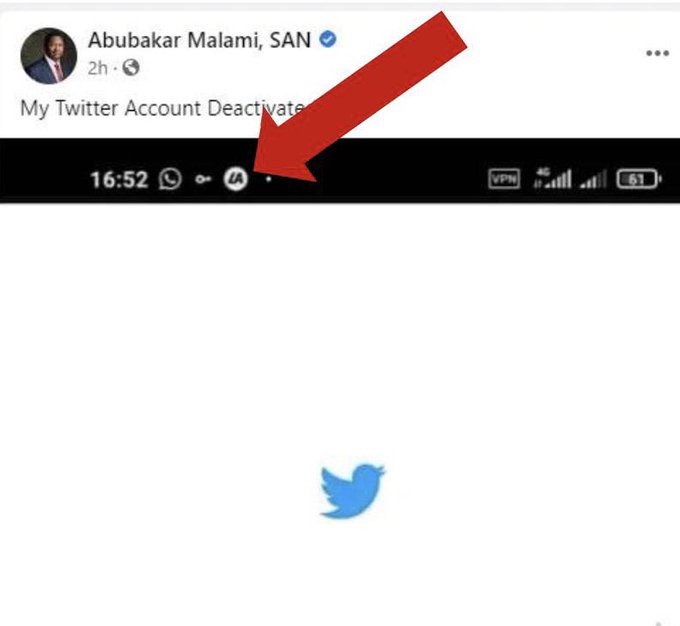 The use of Cryptocurrency is allegedly not approved in Nigeria according to reports. If that is so, then what is the app still doing on the attorney general’s phone?

Residents In Fears As Helicopters Parade Around Owerri (Video)