Search
Skip to content
Reality TV star Oyeze Hazel popularly known as Whitemoney is one of the most talented housemates to emerge from the Big Brother Naija Shine Ya Eye edition. Whitemoney was known to be very good at cooking, acting, comedy, singing and hairdressing during his days at the Big Brother’s house.

However, during his last diary session, Whitemoney who later became the winner of the show told Biggie that he is ready to explore many options in his career including acting and singing. The 29-year-old reality TV star has already started singing, but he’s yet to make his acting debut.

Although, it is too early to determine what will become of Whitemoney if he ventures into the music industry or the movie industry, but let us consider 3 reasons why should choose acting over singing.

1. The music industry is more competitive than the movie industry

Majority of Whitemoney’s fans are clamouring to see their favourite celebrity become an actor instead of a singer. One of the reasons why they want that could be because the music industry is more competitive than the movie industry.

You will agree with me that being a successful musician in a country like Nigeria that has many talented singers would be more difficult than being an actor. But it is fair to say that Whitemoney has the capacity to establish himself as a popular music star in Nigeria.

His colleague Liquorose admitted in her recent interview that Mazi has the natural ability to write songs. The big question is, will Whitemoney’s songs appeal to his fans more than his natural acting ability? Time will tell.

2. Fans prefer Whitemoney as an actor 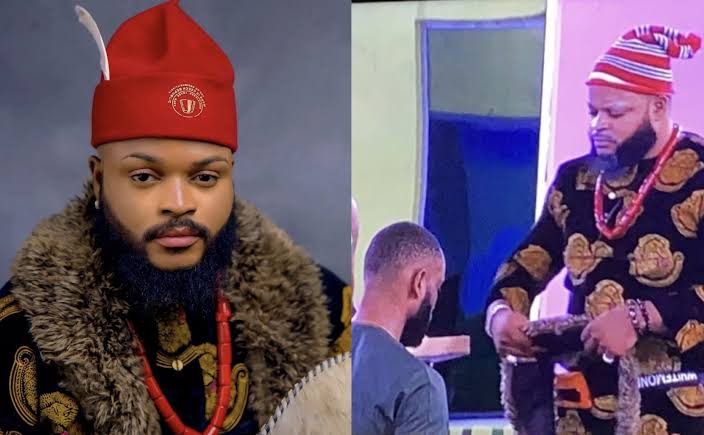 As earlier mentioned, majority of Whitemoney’s fans will like him to be an actor. Whitemoney may have the ability to write songs, but let’s not forget the fact that what made him a fan favourite was not his music, but his comic and acting skills.

Prior to his coming into the Big Brother’s house, Whitemoney already had about 14 songs attached to his name, but his fans always talk about his jokes and acting ability on social media. Mazi will have to release a banger to convince his fans that he’s a singing sensation and we can’t wait to see that happening.

3. There are several opportunities for him in the movie industry The Big Brother Naija show gives several people the opportunity to market themselves. But that opportunity is ephemeral especially for those who fail to utilize it. But for someone as talented as Whitemoney, he won’t find it difficult to fit into any movie role.

Whitemoney might currently be the most sought after housemate by virtue of winning the show. He definitely has several opportunities in the movie industry. But it might not be as easy as that for him in the music industry.