See comments from Liverpool FC after their remarkable title win

After waiting for 30 years, the Reds cemented the occasion as a day to remember with a 5-3 resounding victory over Chelsea at Anfield.

Despite the fact there were no fans to celebrate with, the players took to social media to send messages to the supporters watching at home. 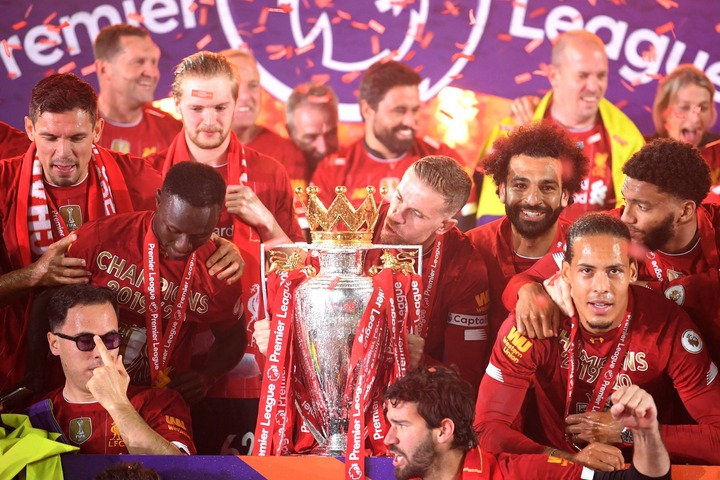 Read a few comments below:

“Just a kid from Breda, becoming a Premier League Champion. This is a dream come true but also an opportunity for me to remind every kid in the world that anything is possible. Hard work & perseverance! Don’t let anyone’s ignorance, hate or negativity stop you from being the best you can be! Thanks to my family, fans, teammates and whole staff! Liverpool this is for YOU!” – Virgil Van Dijk

“For him, for him and for him are all things. To him be the glory forever! Amen. Romans 11:36″ – Roberto Firmino

“What a team, what a club, what a city… What dreams are made of” – Joe Gomez

“30 years in the making.” – Trent Alexander-Arnold

“I think it makes sense in the moment when the people are not in that we use the Kop to celebrate it with them together in our hearts.” – Jürgen Klopp

“It’s been an amazing season and I’m so thankful that I’m part of this club and part of this team that has managed to get the Premier League after 30 years.”

“It feels fitting for the 96 at Hillsborough we’re lifting this trophy on 96 points. This is for you. #CHAM19ONS” – Andy Robertson.