Home » Photo: The awkward moment when Barça boss watched on as Messi delivered instructions to his players

Photo: The awkward moment when Barça boss watched on as Messi delivered instructions to his players

Reports of a potential feud between Barcelona captain Lionel Messi and his boss Quique Setien became stronger during their 4-1 away victory over Villarreal.

Messi was pictured having an heated exchange with Quique Setien during a water break in their clash with Villarreal tonight.

The players subsequently opted to join and listen to the instructions of the 33-year-old Argentine star instead of their manager, who appeared ostracised from the group.

Setien was left to watch on awkwardly as Messi gave his team-mates a briefing during the break. See the footage below: 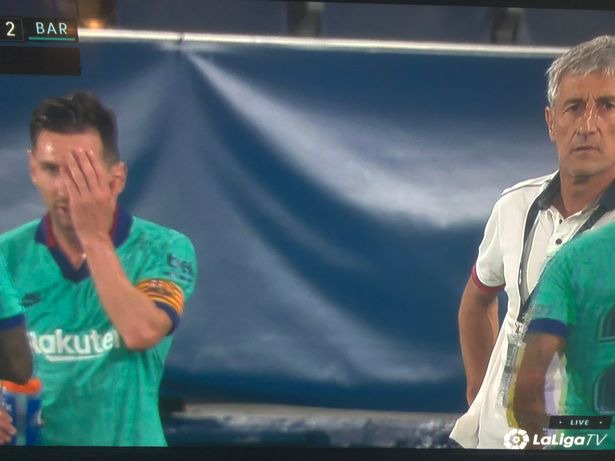 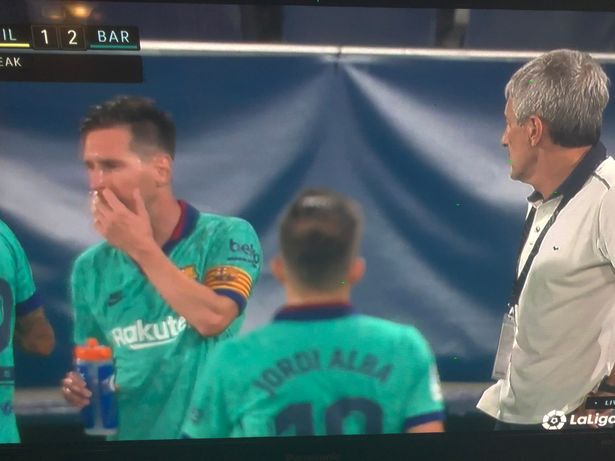 Photo: Coach watches on as Messi delivered instructions to his teammates

According to reports from Spanish media outlet Marca, multiple players are not happy with Setien’s tactical approach after last week’s disappointing 2-2 draw with Celta Vigo, leading to the scene on the pitch.

Messi sets a record only Ronaldo can break

Messi was also rumoured to be headed for a potential exit from Catalonia due to his fallout with the coach.

Setien has however denied any possible speculation of a rift between him and the club’s greatest player.

He said prior to the game with Villarreal:

“I am not going to speculate on this because I have not heard him say anything about it and it is not my task.

“I see him well, Leo. The rest is speculation that I do not even enter into.

“That’s what you, the press, are there for. I see him training well, and [nothing] more.”