Britney Spears seem to have taken an adventure into the spiritual realms in recent times.

The 38-year-old pop star took to Instagram on Monday evening to share a message which has occultism written all over it, with her 25.6 million followers.

In a lengthy post, the Grammy award winning singer talked about the ‘third eye’ and how it relates to the spiritual realms.

“This picture is your third eye …. the third eye is the locus of occult power and wisdom !!!! It also refers to the gate that leads to the inner realms and spaces of higher consciousness …. in spirituality terms it is the state of enlightenment having deeply spiritual significance !!!! The third eye can get blocked or damaged due to anxiety so you have to stay in touch with it ….. especially since it has to be open to work spiritually !!!!! I hope you can understand more about your third eye by reading this !!!!”

Meanwhile, some of Britney’s followers have reacted to this somewhat scary occultic suggestion, with most making reference to the ‘Illuminati’ – one of the World’s most dangerous secret society.

See a few reactions below: 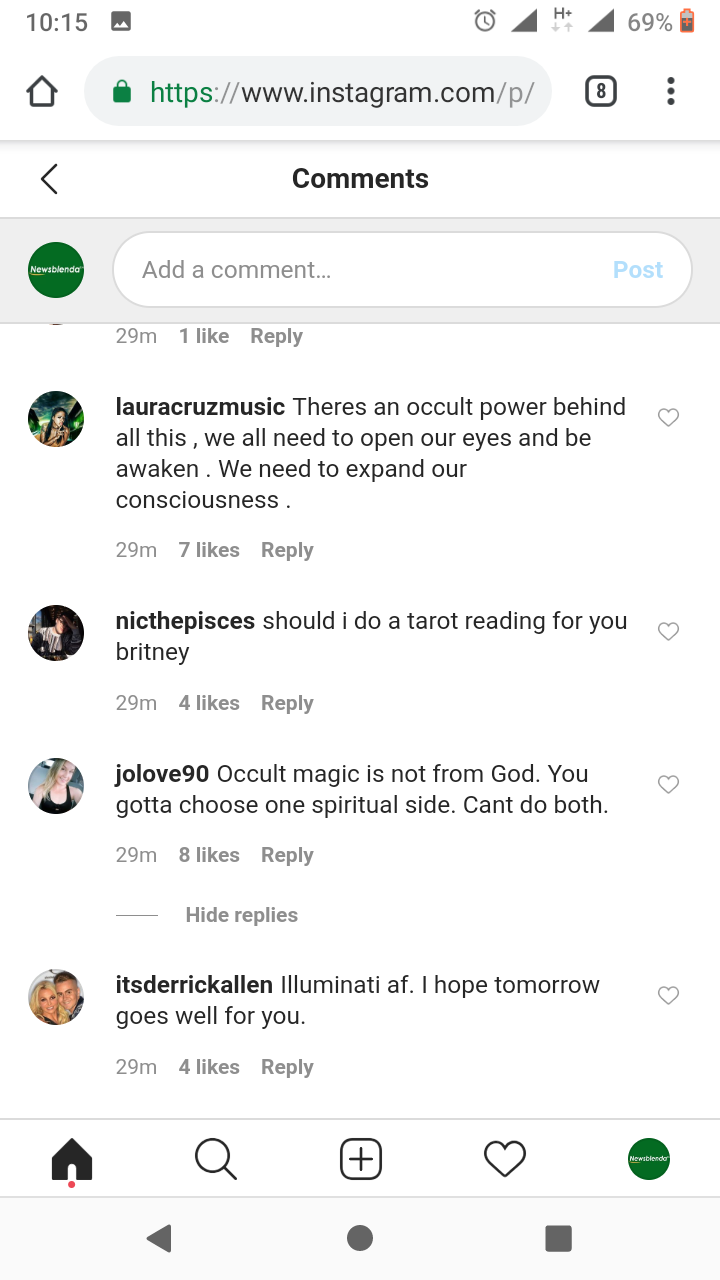 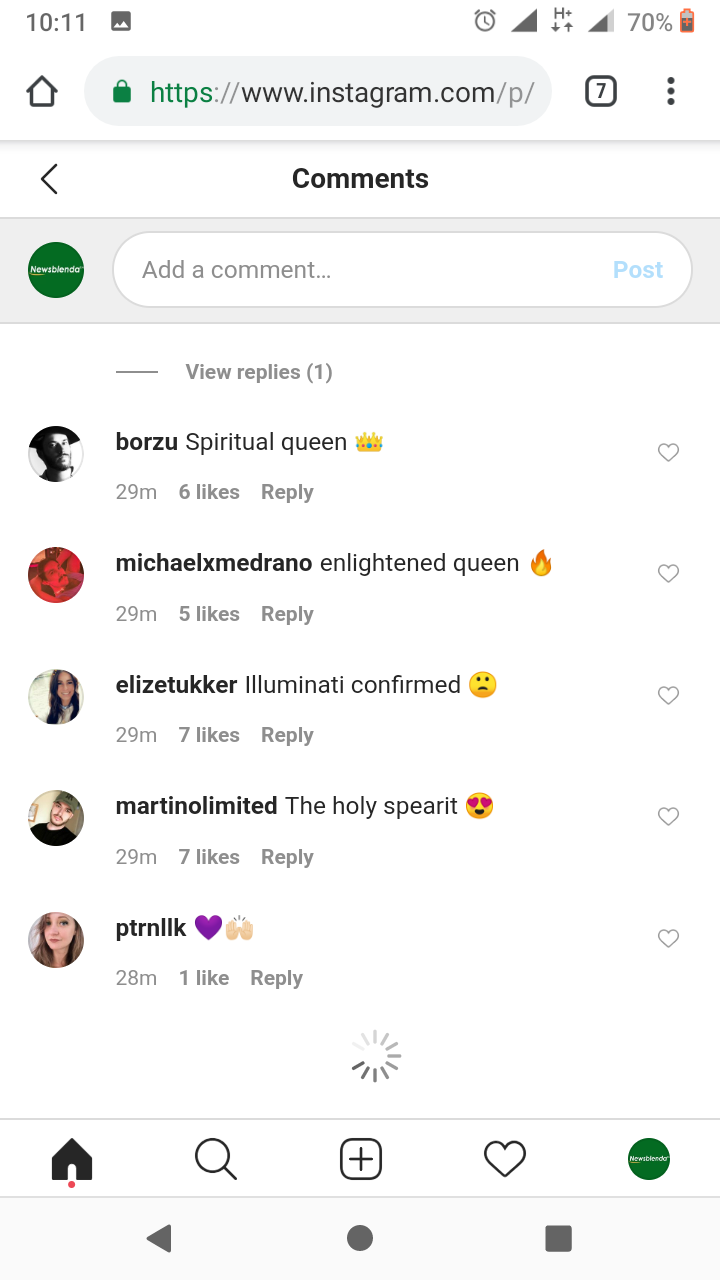 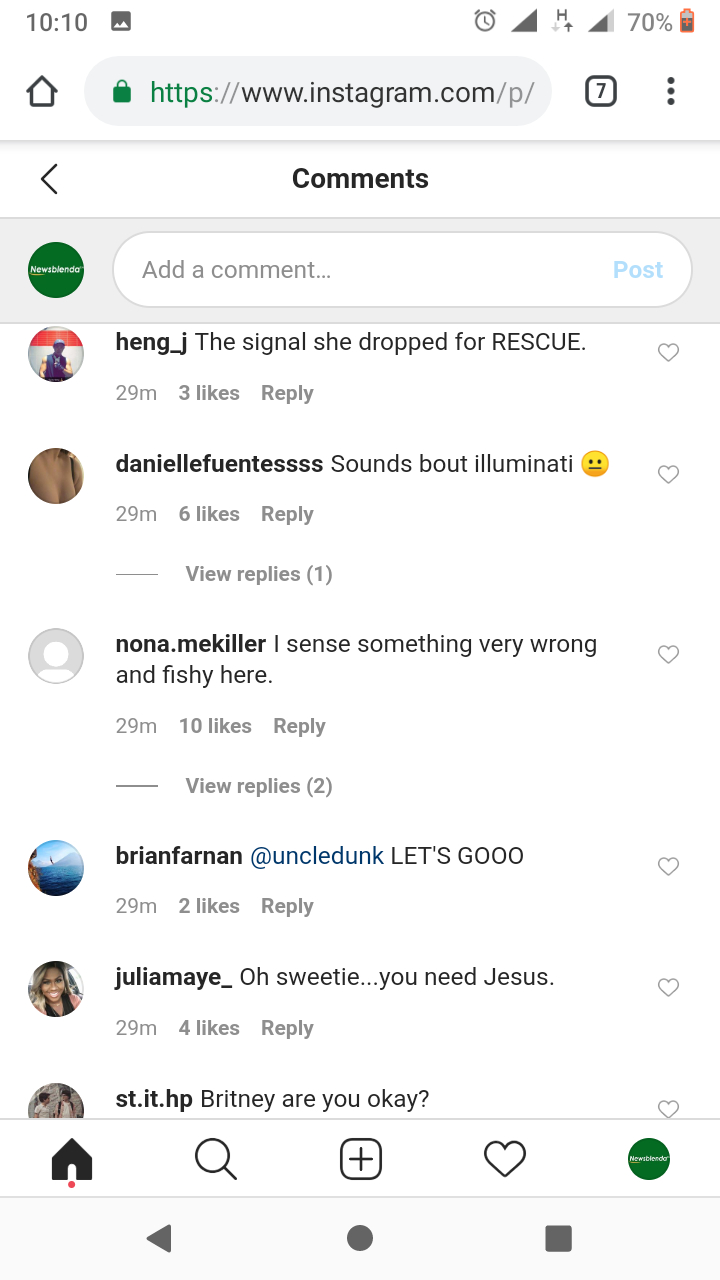 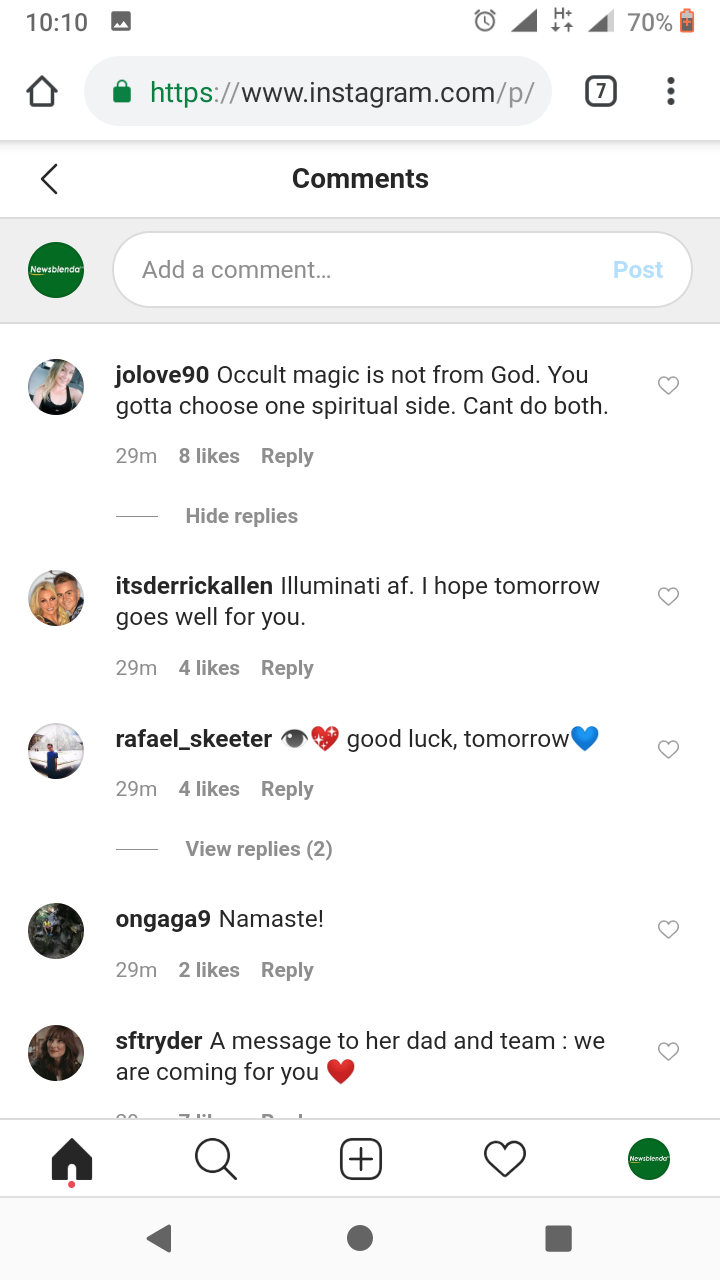 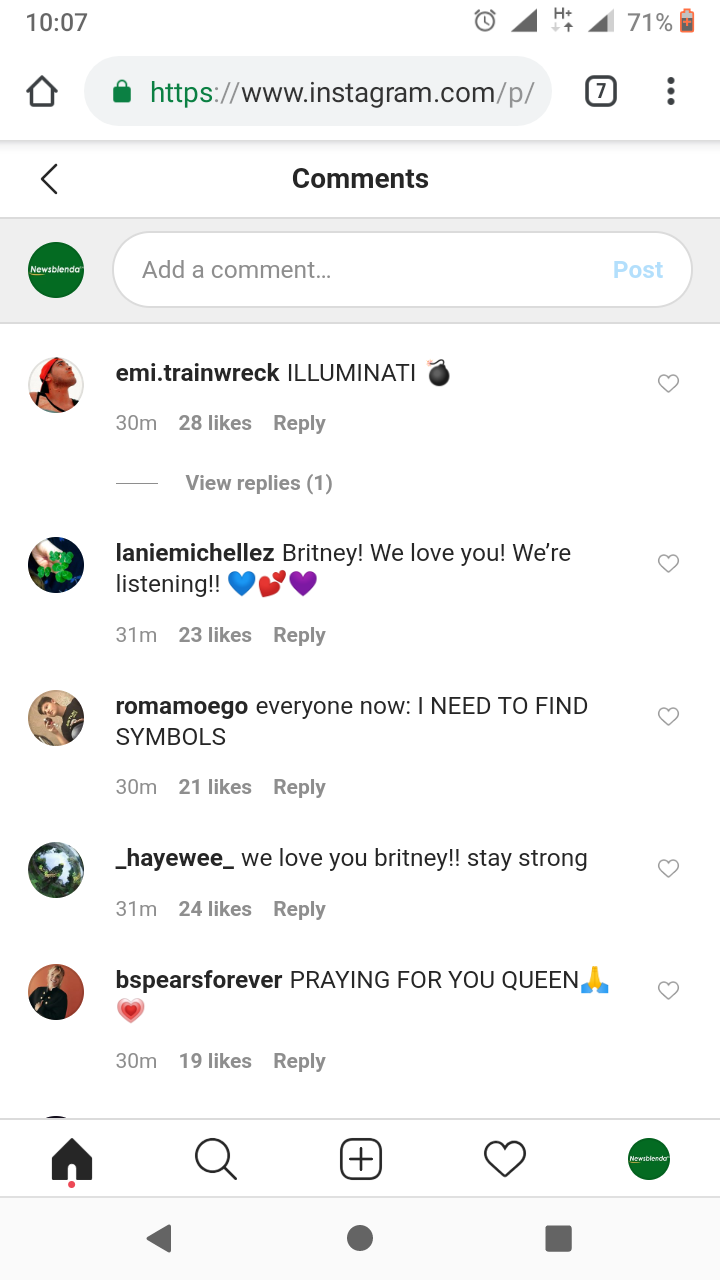 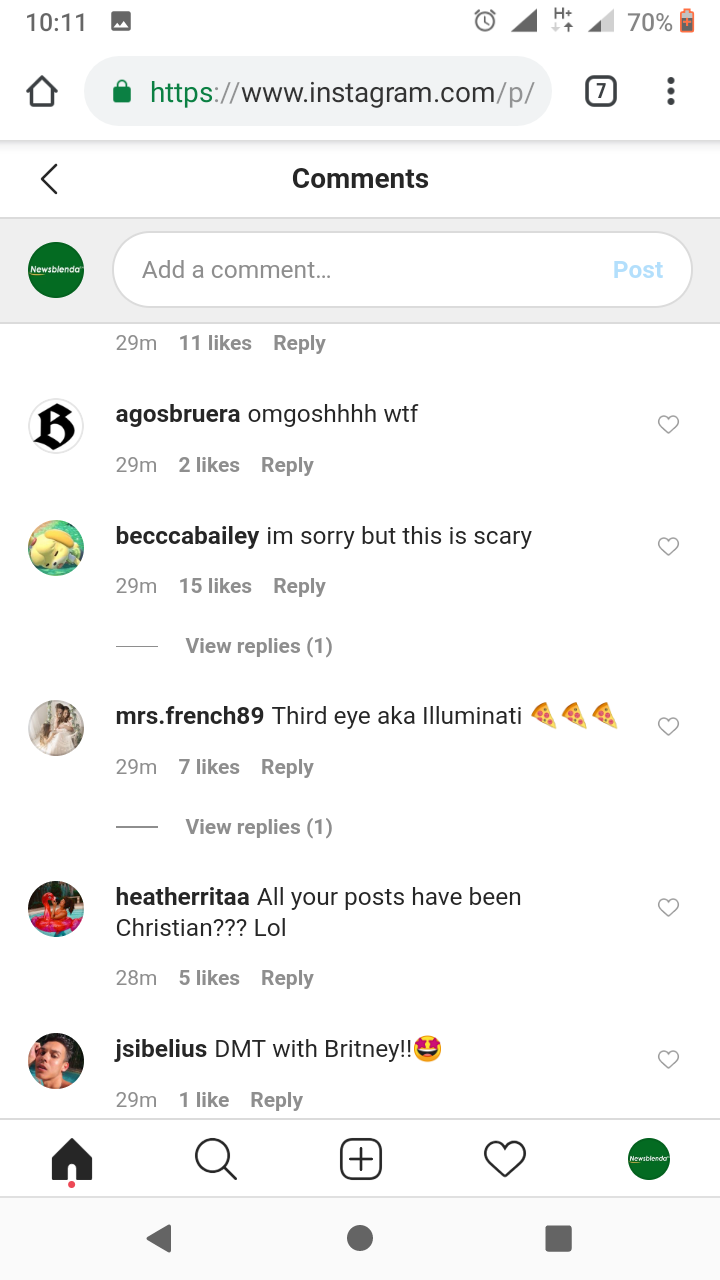