No Content Available
Cristina Villegas has been working as a professional dancer in a nightclub United States for over 3 years and lives a life between lap dancing and luxury. Actually, she only wanted to finance her studies. According to Healthyton, Cristina earns up to $3k in just one night! She also shares her life with her fans on her social media channels and has even launched her own underwear collection.

She has therefore ditched her studies long ago and she knows that her body is her capital. Therefore, she does everything for a flawless appearance. But what does the everyday life of such a dancer actually look like? How much money can you actually earn with this profession and what does she actually spend her money on? We’ll get an answer to all these questions in this article. We will also learn the extreme treatments Cristina undergoes to optimize her appearance and the impact her job has on her private life.

A day in the life of Cristina Villegas usually starts very late. The 22-year-old rarely gets up before 1 p.m. and there’s a simple reason for that: Cristina’s working hours start from 11 p.m. and ends around 5 a.m. That is why she doesn’t get up until around noon, and then things have to move quickly. Cristina’s daily routine is packed with appointments and treatments.

However, many stores and government offices close in the afternoon, and to make sure she can fit all her appointments in, she only treats herself to a quick breakfast, which usually consists of a fitness drink. Afterwards, she gets ready, but because she wears heavy makeup almost every night, she wears only subtle makeup during the day.

Her closet consists almost only of exclusive luxury brands such as Chanel, Balenciaga and Gucci. And she also likes her jewelry to be eye-catching and expensive. She owns several Rolex watches and designer jewelry worth several thousand dollars. She loves extensive shopping trips and not infrequently spends up to 45,000 dollars in just one day. Cristina has worked hard to earn the money for this herself.

On her own YouTube channel, she talks openly about her income and says that she earns up to $26,000 a month from stripping alone. Add to that the income from her extremely successful YouTube channel, her merchandise collection and her advertising deals with various partners. After she is dressed and styled, she sets off for her appointments. But even when it comes to her vehicles, Cristina is only satisfied with the best. For some time now, the 22-year-old has owned a Porsche Macan Turbo with 440 hp worth $100,000. She has also been spotted on other expensive cars. 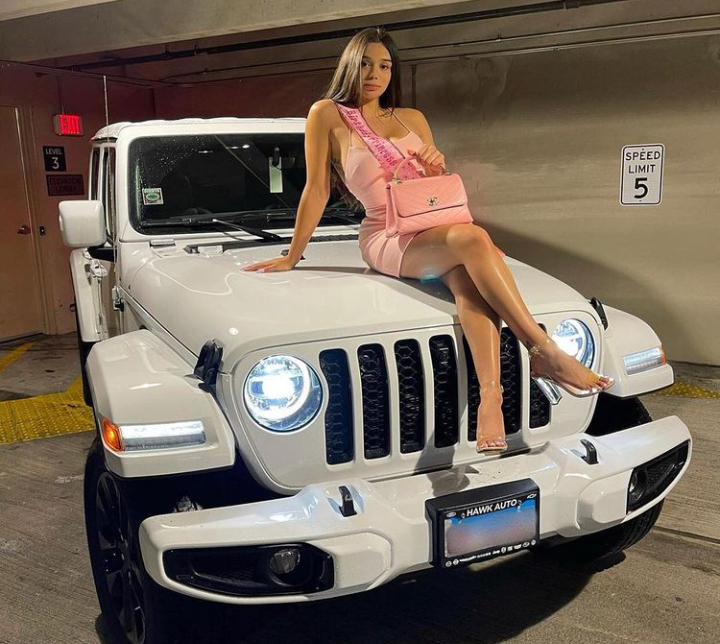 But Cristina invests most of her money in herself. As already mentioned, her body is her capital and the former competitive athlete does everything she can to live up to her own ideal of beauty. At the age of 18, she already had butt implants inserted and a breast augmentation followed a little later. In the meantime, she has also had two operations on her nose, but probably her most blatant cosmetic surgery took place just a few months ago.

Cristina had her feet shortened in a painful operation last year. Yes, you heard right. The 22-year-old was not happy with the look of her feet, as her toes were not symmetrical. The problem even worsened as Cristina had to dance in extremely high heels every day. So, without further ado, she had the bones of her toes shortened and even put up with the fact that she couldn’t walk for several weeks, let alone perform as a dancer. In addition to her visits to the plastic surgeon, Cristina treats herself to minor beauty treatments almost every day, which she perceives as the next point of the day. 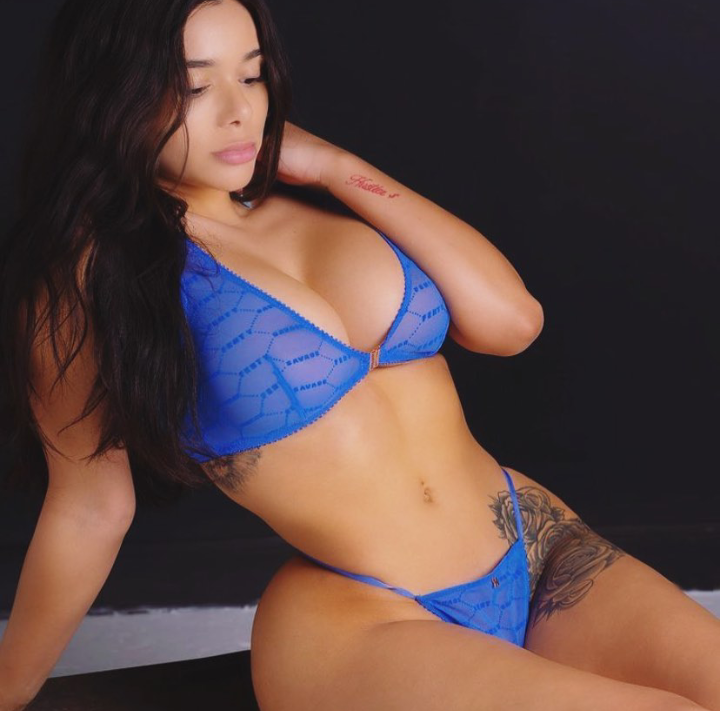 In addition to manicures and pedicures, the 22-year-old regularly treats herself to professional facials and painful laser hair removal. For the perfect look, however, the free-spirited dancer goes even one step further. Although she has just come of age in the U.S., regular Botox treatments are also part of her standard regimen. She is a regular at her plastic surgeon’s office. Not only has she been treated with the neurotoxin, but also has her cheeks injected and her lips plumped up with a filler. She also regularly has her buttocks cosmetically treated and padded with an injection.

These treatments are painful, but Cristina is convinced that they give her more self-confidence on stage and thus earn her more money. After the treatment, she usually goes shopping. She constantly needs new clothes for her performances at the club. She then goes grocery shopping before heading home again. Here, Cristina lives all alone, because the 22-year-old has never had a serious relationship. The YouTuber also has few friends, because her everyday life is difficult to reconcile with the lives of other young people.

While other young people go out on dates in the evening and do things together, Cristina gets ready for her work. Men also find it hard to cope with her job, although she regularly gets the phone numbers of guests slipped to her at the club. On her YouTube channel, she confessed that most men would be understanding at first, but it has happened more often that they have subsequently demanded that she give up her job for her partner. For Cristina this is out of the question and she already made it clear that she would never give up her job at the club for a man.

The most important people for Cristina are therefore her mother and her sister Lisa. She spends her vacations with them and they support her. In addition, her sister has the same profession and supports her in word and deed. When Cristina returns home in the late afternoon, she prepares her first real meal. She often resorts to fast food as well, but she tries to cook fresh every evening to gather enough energy for the night ahead. Afterwards, she lies down for a quick nap before getting ready for work. 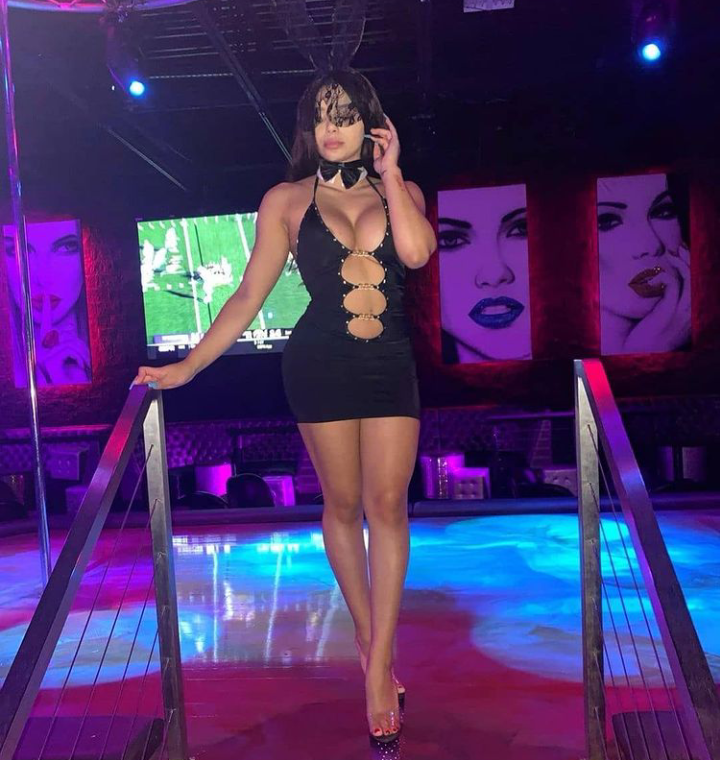 Styling is relatively time-consuming, but the young woman has to look perfect if she wants to get enough income that night. Cristina finally leaves her apartment at 10 p.m. and doesn’t return until around 6 a.m. Although she would prefer to fall straight into bed, every evening she counts what she has earned at the club. Her earnings vary greatly, averaging between $500 and $900. As mentioned at the beginning, she has even earned 3,000 dollars in one night. But she has also had to cope with earnings of 30 dollars.

Nevertheless, she remains loyal to stripping and wants to return to her club as soon as the Corona pandemic is over. She also dreams of one day building up a team of dancers herself as a so-called “house mother” and supporting them with her expertise. What you think about Cristina’s life?

Watch and learn! Here are some tips that could save your life (VIDEO)

A video comprising of tips that could help save one's life has been released and now going viral. In the...

BBNaijaReunion2021: How Some Of The Ladies Showed Up Vs How The Men Showed Up (Photos)