The Billionaire businessman recently took to his Instagram page to allege that Maria who is currently in Dubai has been sending threats to his sister after “stealing” her husband from her.

According to Cubana Chief Priest, the man who is currently with Maria in Dubai is his sister’s husband. He even identified him as Mr Kelvin. Cubana Chief also said Maria warned his sister who is a mother of two kids to leave her husband for her or risk her life.

He however warned the man not to let any harm come to his sister or he’ll face his fury. Sharing an alleged video of Maria and Kelvin, Cubana Chief Priest wrote: 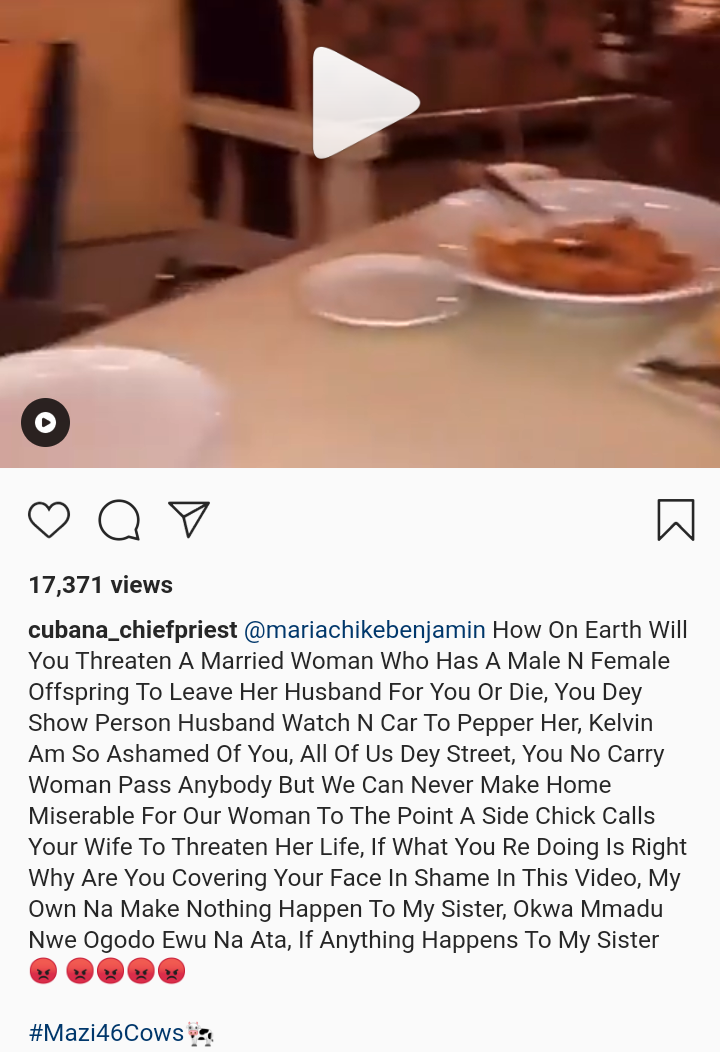 8 things an Influencer must know