U.S. President Donald Trump caused a stir on social media after posting a self-congratulatory declaration on Twitter on Friday August 13.

The 74-year-old President claimed with his tweet that he has done greater things for women in the United States than any other President in history.

“I have done more for WOMEN than just about any President in HISTORY!” Trump proudly tweeted.

He further called on Congress to approve a statue that would honor many brave women who contributed greatly to the growth of United States.

“As we celebrate the 100th Anniversary of women’s voting rights, we should build a BEAUTIFUL STATUE in Washington D.C. to honor the many brave women who made this possible for our GREAT COUNTRY,” he concluded.

Trump’s comments has generated a few commendations with a whole lot of backlash from numerous people on Twitter.

With majority accusing him of sexual assaults and quoting lewd things he’s said about women.

See some of the reactions below: 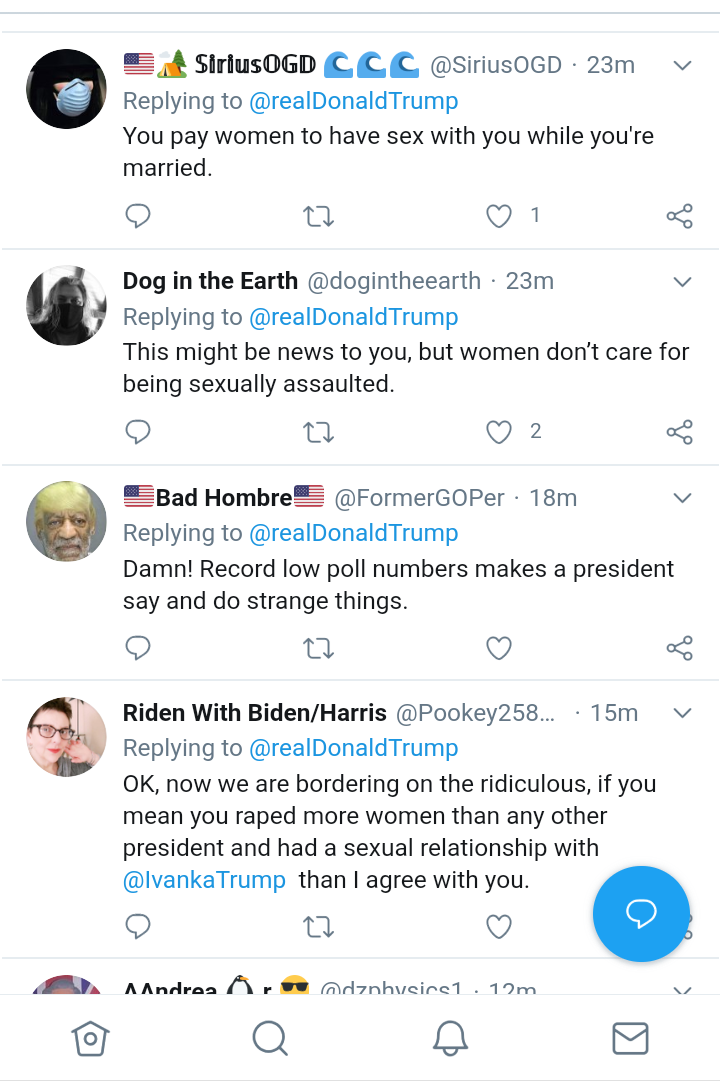 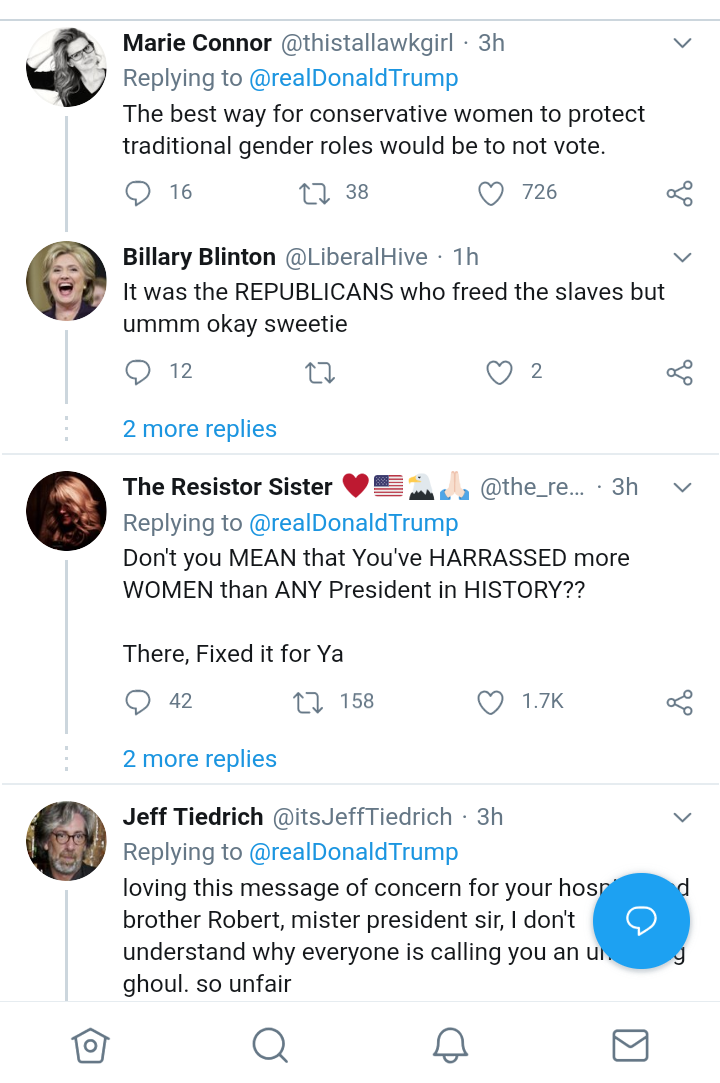 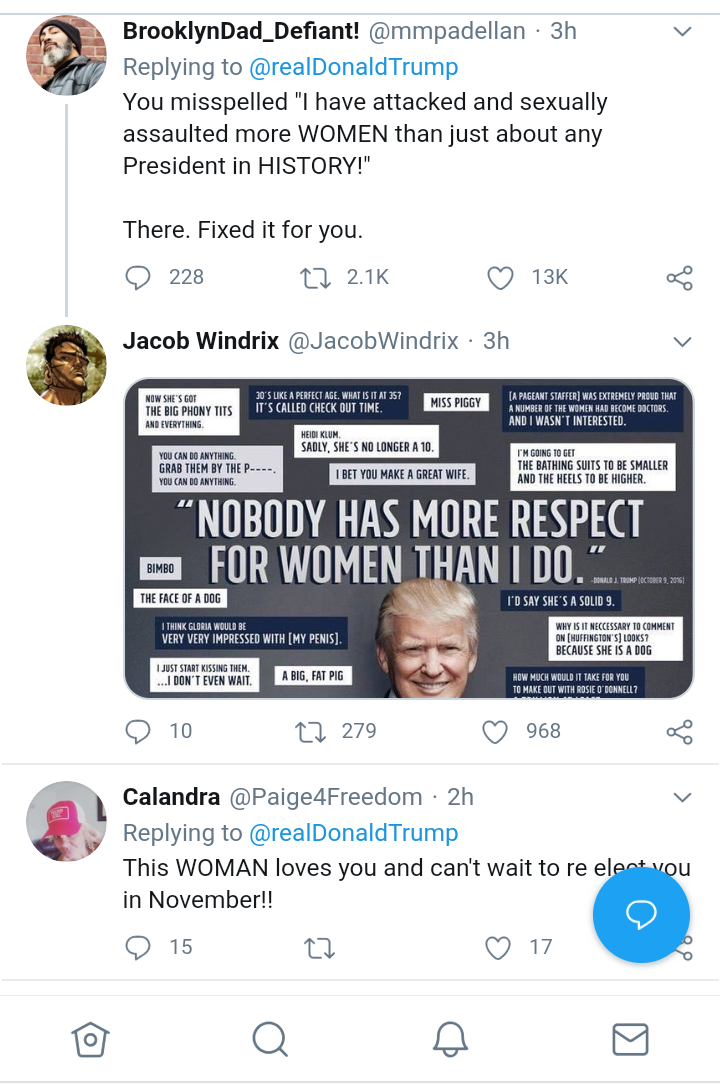 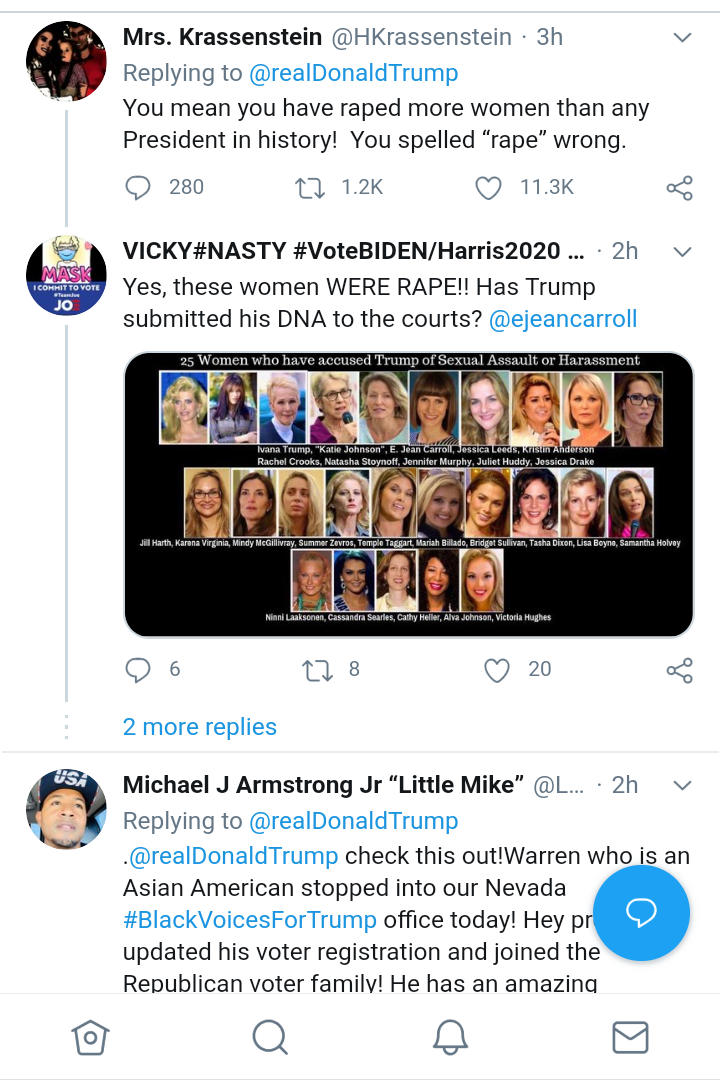