You may have heard of Medusa, the Gorgon monster from Greek Mythology, famed for both her striking beauty and savage ferocity. But what you may not have heard is that Medusa actually had two children, and their identities may just surprise you. So who were these offspring of the mighty Medusa, and what is their story? Let’s find out together.

While many variations of Medusa’s story exist, most agree that she was the mother to two other famous names from Greek Mythology. Their birth however was far from a traditional and joyous one, for it was only when Medusa was slain by the Greek hero Perseus that they sprang forth into existence. 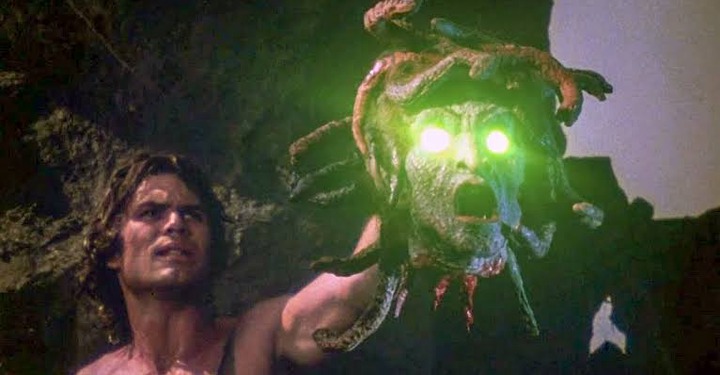 The first was Pegasus, the pure white winged stallion well known in Greek Mythology. Pegasus was followed swiftly by Chrysaor, a young man born with a Golden sword in his grasp.

Most scholars agree that the father of these children was the god Poseidon. It has been theorised by some that by coupling with Poseidon, Medusa figuratively became a mare as a result of Poseidon’s connection to horses, thus providing context and justification for the birth of the horse Pegasus.

Less is known of the second child of Medusa, Chrysaor, who is a somewhat a minor figure in wider Greek Mythology than his famous brother and parents. He is most commonly depicted as a man, sometimes a giant. In some alternative cases however, he is described as a winged boar in line with his brother Pegasus, the winged horse. His name carries the meaning ‘Golden Blade’ and so he is most commonly depicted wielding a mighty golden sword. However, this could also be a reference to the golden tusks of his boar form.

According to Theogony by Hesiod, Chrysaor ended up marrying Callirrhoe, one of the Oceanids and the daughter of the Titan Oceanus. He eventually became the King of Iberia and bore a son, the mighty three headed warrior Geryon who would later be killed by Heracles as part of his 12 labours. Beyond this, Chrysaor played a small role in the Greek legends.

Pegasus was an immortal winged horse, white and glorious to behold. Hesiod says that the name ‘Pegasus’ originates from the Greek word for springs, ‘pegae,’ because he was supposedly born near the springs of Ocean. In addition to this, he was also associated with water due to an extraordinary trait inherited from his father Poseidon. 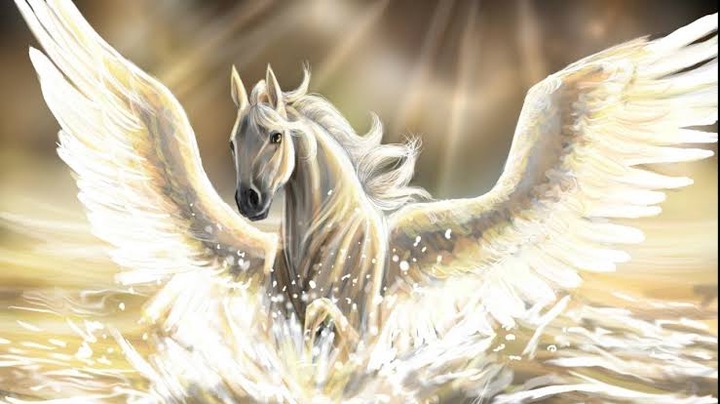 Just like the god Poseidon, Pegasus was capable of creating water streams wherever he struck his hoof. At least two famous springs in Greece, both named ‘Hippocrene’ were widely believed to have been issued forth by the hoof of Pegasus. The more famous one of the two was located on Mount Helicon, the sacred abode of the Muses. It’s waters, when drunk, enthused poets with inspiration and creativeness.

Notoriously wild and free-roaming Pegasus was finally tamed by one of the greatest Greek heroes, Bellerophon. But he didn’t achieve this alone, he required a lot of help from Athena. According to Pindar, one of the most celebrated Ancient Greek poets, the goddess gifted him with a charmed golden bridle, which Bellerophon used to capture Pegasus whilst the stallion was drinking water at the Pierian spring, another water source associated with Pegasus and the Muses.

Riding on Pegasus, Bellerophon was capable of overcoming the Amazons, the fire-breathing Chimaera, and the warlike Solymi. In addition, Pegasus was the means through which Bellerophon exacted his revenge on Jobates’ wife, Stheneboea, who testified falsely against Bellerophon after he had rejected her advances. According to Greekmythology, afterwards Bellerophon offered her a ride on Pegasus, which she gladly accepted; however, as they were flying over the sea, the winged stallion flung her down to its depths. Little did Bellerophon know at the time that he would soon meet a similar fate.

After his numerous victories against all kinds of opponents, Bellerophon started believing that the mortals were not worthy of his presence and that he deserved to live amongst the gods on Mount Olympus. So, he mounted his faithful horse and started the journey upwards. 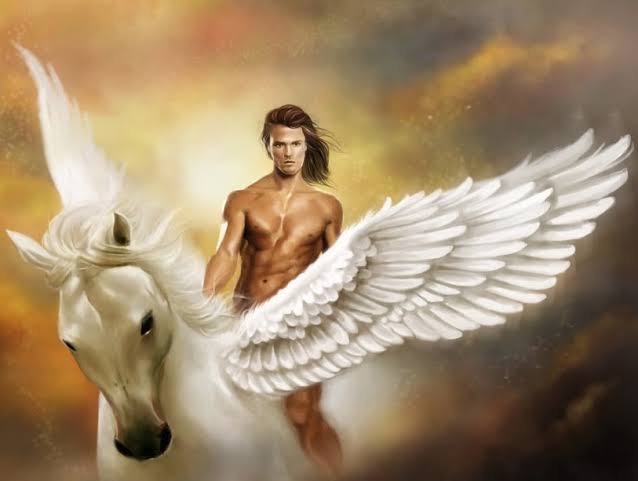 Zeus was angered by Bellerophon’s hubris, and in response sent a gadfly to sting Pegasus badly enough to cause the winged horse to throw his rider down to earth, and down to his death. Dazed and confused, after some time the riderless Pegasus did reach Olympus.

Zeus was impressed with his nobility and whilst initially stabling him with his other steeds, he soon tasked him with pulling his thunderbolt-carrying chariot across the sky. After years of service, Zeus finally rewarded Pegasus by transforming him into a constellation of stars, which bears his name to this very day, thus securing the legacy of the noble creature for eternity. Whilst it may seem surreal to look at Medusa and in particular Pegasus side by side and think of them as mother and son, nevertheless Greek Mythology is prone to these somewhat strange connections.

From the death of Medusa came one of the most iconic creatures in all Greek Mythology, and when you think of it in this way, it seems only fitting that the parents of the fabled Pegasus held an equally legendary status in the magical narrative of Greek mythology that we know and love.