Medusa is one of the most well-known names from Greek Mythology, but also perhaps one of the most misunderstood. The name Medusa summons forth images of a terrible and cruel monster, but she was not always this way. So who was Medusa really, and how did she end up being cast in the role of the villain? Let’s find out together, right now.

Medusa was the daughter of Phorcys and Ceto, primordial sea Gods of Greek mythology. She was born on the island of Sarpedon and was one of three sisters. Unlike her siblings however, she was mortal and therefore vulnerable to the laws of nature and the whims of the gods. Medusa was a beautiful maiden whose grace was well known throughout the land. She was so enchanting in fact, that she was desired greatly by many men.

Despite this however, Medusa made the decision to pledge herself to the goddess Athena, forgoing any male attention and taking the vows of celibacy that were required of Athena’s priestesses. For a time, things were peaceful for Medusa, despite her beauty attracting a degree of jealously even from the goddess Athena. She revelled in her position at the Temple and took pleasure in her simple duties.

Things would quickly escalate however, when the god Poseidon laid eyes upon Medusa and everything changed. Whether it was as simple as the great beauty of the maiden Medusa being irresistible to Poseidon, or that she represented an opportunity for him to disrupt one of his great rivals in the Pantheon, Athena or perhaps even a mix of both. Whichever the case, Poseidon set about making Medusa his own. 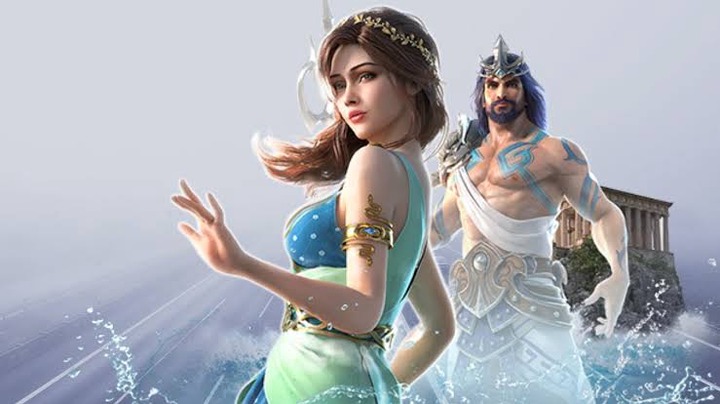 There are several variations of the myth, some of which claim that Medusa was seduced by Poseidon, falling in love with him and choosing to forego her dedication to Athena. The more common version suggests that Medusa remained loyal to the goddess and was taken by Poseidon against her will. The culmination of both versions however is consistent, with the ravaging of Medusa by Poseidon inside the temple of Athena.

Medusa became devastated by the events and turns to Athena for help and support. Despite being the innocent victim in the most common version of the tale, Medusa wass cast aside by Athena. The goddess was furious with her priestess, for no longer being a virgin, for allowing herself to be defiled inside her temple and for now being pregnant with the offspring of her great rival Poseidon.

In an act of absolute and utter cold heartedness, one only a god is capable of, Athena blames Medusa entirely and punishes her by transforming her into a monster, a terrible beast with bronze hands and wings and a venomous nest of snakes for hair. She is given the power to turn anyone who looks into her eyes immediately to stone. A deadly power, but also a cruel curse to ensure her permanent loneliness.

Her two sisters try to defend Medusa but this leads only to their own punishment as the furious vengeance of Athena is undeterred. They are also transformed, becoming the monstrous Gorgon sisters of legend. Retreating to the island of Sarpedon, Medusa struggles to come to terms with the grave act of injustice that has been born upon her, hating Poseidon for what he has done, eternally hurt by the betrayal of Athena, the goddess she devoted her life to.

Over time she changed and her character began to match the physical form she has been given, a vicious monster. She was no longer sought out by men endlessly for her beauty, but instead now as a trophy to hunt. Her hatred grows until her inner being is truly a reflection of her outer form. A product of her transformation. She kills all those who attempt to harm her and her reputation and legend grew immeasurably. That is until one hero arrives to claim her head, Perseus.

There is something different about Perseus that marks him out from all the other hunters, he had Divine assistance. As the son of Zeus, Perseus was able to ask the gods directly for help in his quest to kill Medusa. From Athena, he receives a mirrored bronze shield. From Hermes, he receives winged sandals. Hephaestus presented him with a mighty sword and lastly, from Hades he receives a helm of invisibility.

Armed with these gifts of the gods, Perseus sneaks into the lair of Medusa and using the mirrored shield to see without looking directly at her, he is able to defeat Medusa, beheading her with the gifted sword. The moment her head was severed, to the surprise of Perseus, the two children of Poseidon that had been inside her sprang forth, fully formed. One was the pure white winged stallion Pegasus, well known in Greek mythology, followed swiftly by the man Chrysaor, born with a golden sword in his hand. 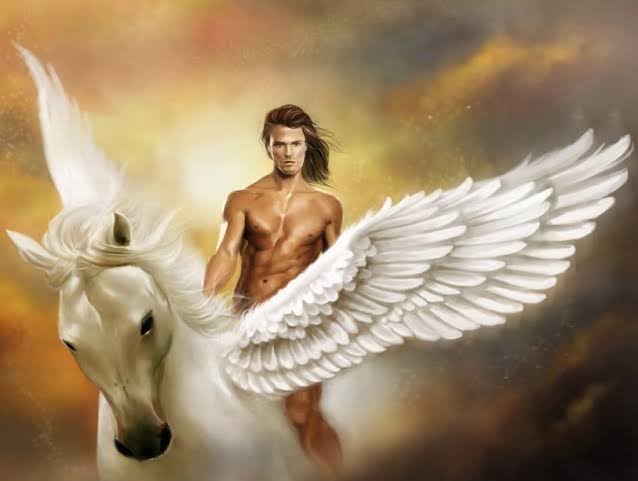 As he attempted to escape the island, the body of Medusa was discovered by her two sisters who let out a cry that echoed throughout the land. They hunted desperately for Perseus but he was able to slip away with the head of the Medusa, which even when severed from her body retained its power of petrification, using the helm of invisibility from Hades.

Perseus would go on to use the head of Medusa in many future trials, including to battle and defeat the Titan Atlas and the sea monster Cetus. Eventually Perseus gifted the head of Medusa back to Athena, completing the vicious cycle of injustice. Athena fixes the head to her shield which becomes known as the Aegis. In a strange twist, mounted on the shield of her betrayer, Medusa became a symbol of protection that would defend many in need.

Her blood would even be used as both a medicine and a poison with the power to both give and take life. Clearly, Medusa was one of the most well-known creatures from mythology, but as we have seen, she was also one of the most misunderstood. In the most common version of the story, Medusa’s only crime was the blind loyalty she showed the gods, who revealed once more their own irreverence for the laws of right and wrong that they enforced so fervently upon their followers.

It is a myth that has many potential interpretations, many of which remain relevant even in the modern world. What is clear however, is that the legend of Medusa, beauty and innocence transformed to anger and hate, is one that has always captured the imagination of thinkers, artists and scholars alike and will continue to do so for many more years.