Super Falcons of Nigeria are doing all they can in order to withstand the upcoming test of reigning women football champions, USA.

Nigeria could play their last game of the Summer series against United States Women National Team (USWNT) on Wednesday June 16 at the Austin FC Stadium Texas.

Having already lost 1-0 to Jamaica and drew in a thrilling encounter with Portugal, the Super Falcons must win USA to enhance their chances of advancement in the tournament. 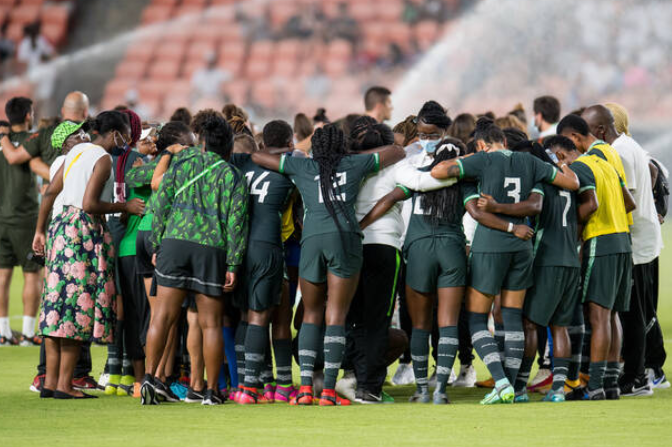 But that would be an uphill task, because the USWNT have won their last 40 games and they have the very best women national team in the world.

No disrespect to the Falcons, anything can happen in the game of football, that’s why they are putting in great effort to shape up to the cracker.