Popular Nollywood actor Yul Edochie has charged Nigerian youths to make wise use of their time and money in the upcoming elections.

In one of his recent posts on social media, Yul suggested that youths are getting angry with the system (probably because of the fact that it has no space for young ideas).

He further adviced that youths should rather reserve some money to campaign for younger generation politicians like Banky W and himself.

READ: Yul Edochie: We Need more women in power, men have failed us

“I love the fact that youths are getting angry with the system. Elections will come again.

“As you spend Ur money campaigning 4 BBNaija housemates, reserve the one you’ll use to campaign for credible youths like me, Banky W & others.

“If not, the looters & fainters will win us.” 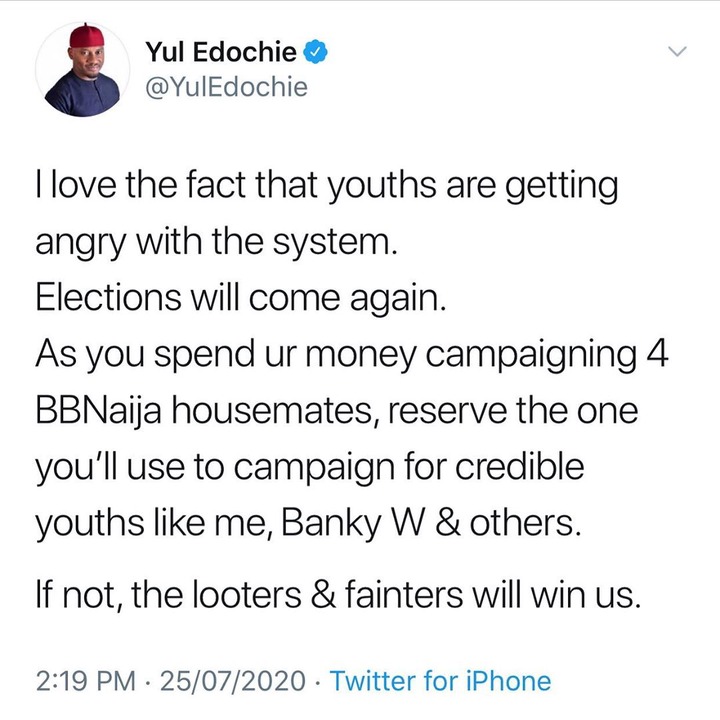 The 38-year-old actor was a governorship candidate in the 2017 election in Anambra State.

But as we all know, he didn’t succeed, probably because he wasn’t a ‘Senior Citizen’.