Home » “This ‘picture’ is worse than FFK’s mistake,” says Omokri

“This ‘picture’ is worse than FFK’s mistake,” says Omokri

According to Omokri, the former Minister of Aviation has admitted his mistake of insulting a Daily Trust Journalist for asking him who is “Bank Rolling his tour”.

But he has already tendered a public apology on social media and in a live press conference captured by Channels Television in Akwa Ibom state. He even promised to apologise directly to the Journalist he offended.

After taking such a humble step, Omokri feels it is wrong for Daily Trust to publish an article that is worse than Fani-Kayode’s mistake.

In one of his regular posts on Twitter, the former aide to ex-President Goodluck Jonathan shamed the media outlet for writing such ‘libellous’ article against FFK.

Referring to the picture below, Omokri wrote: 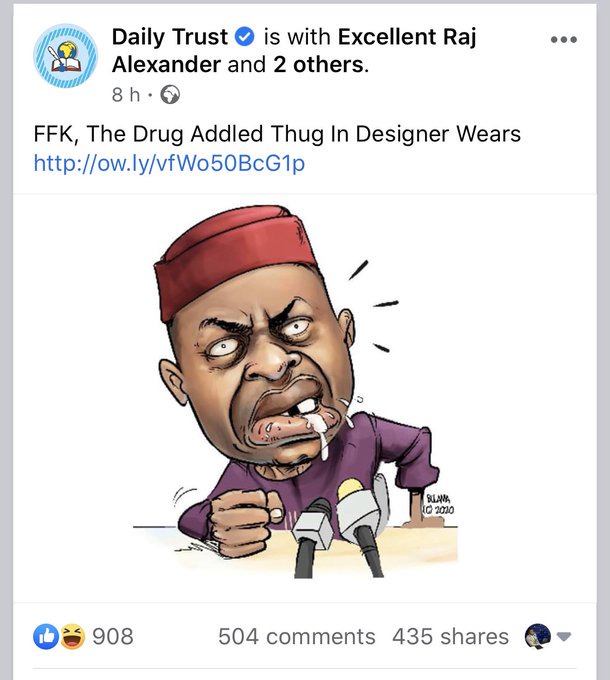 “@RealFFK made a mistake, for which he apologised. The journalist in question said he forgave him. So, I don’t get why @Daily_Trust published the piece they did today. The piece is worse than FFK‘s mistake. It was libellous, tribalistic and hateful. Daily Trust should be ashamed!”