The reason why several Nigerians are fighting to end police brutality is becoming more and more obvious as the ordinary citizens are no longer safe under their watch.

For several days now, Nigerian youths in Lagos have carried out their peaceful protest for the disbandment of SARS without harming anyone. It’s quite sad that they were treated like criminals today in front of the police in Lagos.

Recent videos and pictures posted on the social media pages of celebrities including Yemi Alade shows clearly where some bunch of thugs armed with clubs and machete, came down from a government owned bus to fight the peaceful protesters.

The funniest part of it was that the policemen spotted standing at a distance, did nothing to stop those hoodlums. They were just there watching. 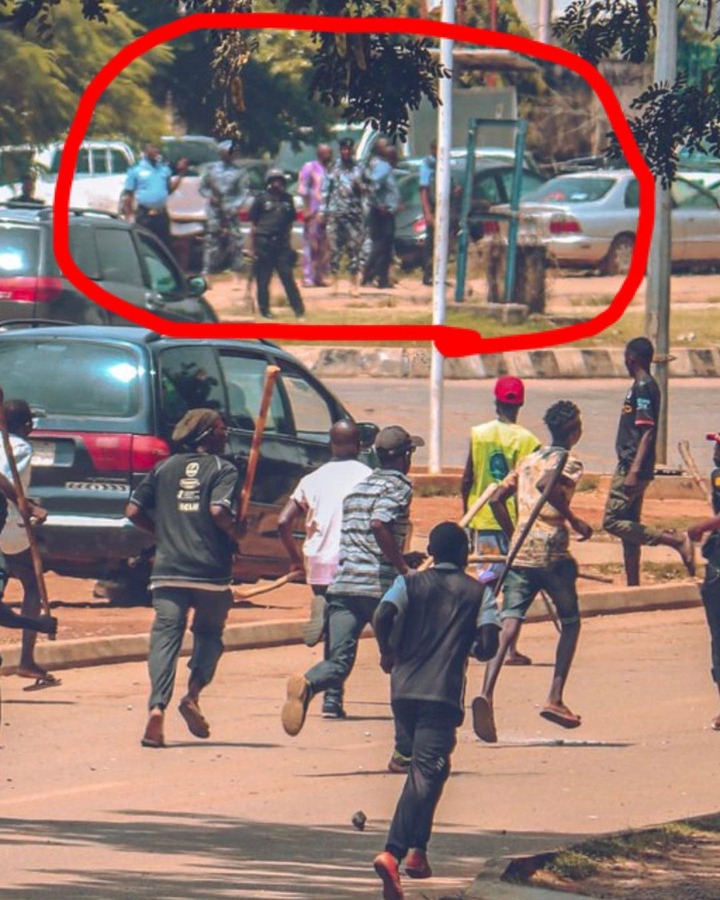 In the image above, you can clearly see evidence of the Nigerian Police standing by and doing nothing while thugs attacked peaceful protesters.

Also watch video below to see those thugs in action:

Is this the right way to stop a peaceful campaign?