She paid someone to kill her husband but the unbelievable happened

by Law Blessing
in Crime
Reading Time: 5 mins read
A A
0

This story is more extreme than any Hollywood thriller and reveals deep human abysses that are extremely shocking. It is the case of Dalia Dippolito – a supposedly inconspicuous American woman who wanted to have her husband killed in a shocking way, a move that completely backfired. It is regarded as one of the most spectacular criminal cases of attempted murder.

The case of Dalia Dippolito shows not only what terrible deeds people are capable of, but also what brilliant tricks the police and the media try to use against such crimes. But before we get to Dalia Dippolito’s absurd plan to get her husband Michael out of the way, let’s first talk about who Dalia and Michael Dippolito actually are.

Dalia Dippolito, who is now one of America’s most notorious criminals, was born in New York in 1982 and worked as a call girl and in other areas of the adult industry since she came into her adult years. Although she never made the big career there, it was through this job that she met her future husband Michael in the mid-2000s. She was together with Michael for a few years before they married head over heels in 2009. This relationship, unfortunately, seemed to be doomed from the beginning, because, as it turned out later, there were numerous crises in this marriage even before the order to get rid of Michael.

For example, Michael Dippolito claimed afterwards that Dalia tried to poison him several times, but fortunately she always failed. Besides her husband Michael, there was another man in Dalia Dippolito’s life who is of fundamental importance for the further course of the case – her ex-lover Mohammed. But back to Michael and Dalia: after the two got married in 2009, they moved together to Boynton Beach, a small town in South Florida. At that time, Dalia was still in regular contact with her ex-lover and regularly talked about her husband Michael.

While at first it was about “normal” relationship problems, after some time she dropped the bombshell and presented Mohammed with a plan that still leaves you breathless today. According to Mohammed’s later statement, Dalia wanted him to help her find a contract killer who would eliminate her husband Michael as quickly as possible without leaving any traces. To carry out this mission, Dalia had also worked out the perfect plan, which we will go into in more detail in a moment.

Before the planned assassination, Mohammed went to the local police station, because he was seriously concerned about the physical well-being of Michael Dippolito. There, he tried to make it clear to the police officers that a terrible incident would probably soon occur in tranquil Boynton Beach. The police, of course, were skeptical at first and wanted solid evidence that Dalia Dippolito was indeed planning such a crime. For this reason, they immediately hired Muhammad as an undercover officer to make sure that they could prove that Dalia was planning to commit a homicide.

To do this, they wired his car and installed a small camera in the back seat. With this car, Mohammed was then supposed to drive to Dalia’s house to tell her that he knew a reliable man who could take care of the matter for a cost of just $7,000. Shortly thereafter, the two met at a gas station, where the unbelievable happened: without suspecting it, Dalia gave Dippolito clear instructions on camera about how she wanted her husband eliminated. In fact, her plan was to be in a fitness center at the time of the crime, so that she would have an alibi.

She was also prepared for Mohammed’s question about whether someone might suspect her of being the mastermind after the crime. Dalia Dippolito was sure, that nobody could trace the crime back to her, which is why she gave Mohammed $1,200 for the purchase of a revolver as well as a photo of her husband at the end of the conversation. Having now been caught red-handed giving a highly illegal order, it was now up to the police to set a trap for Dalia in order to duly arrest her.

To gather further evidence, the police then hired another undercover agent to play the role of the commissioner. A meeting was arranged for this purpose two days later, during which Dalia wanted to discuss the final details of the crime with the alleged professional criminal. Of course, hidden cameras were also involved in this meeting in order to convict Dalia. During this conversation, Dalia was also asked one last time by the alleged professional if she was really sure that she wanted her husband out of the way.

Read: I was passing urine uncontrollably for 2 months – Lady narrates how her husband forcefully opened her genitalia.

In the end, Dalia Dippolito was ready to have her husband Michael killed in a terrifying way. After this meeting with the undercover cop, there was another twist that is probably only possible in the USA. At that exact time, the team from the American reality TV show “Cops” was in town, and they got wind of the ongoing investigation by the local police. Since “Cops” is always about a TV team accompanying real police officers on their cases and staging them in the most exciting way possible, the show’s producers had an idea that made Dalia Dippolito’s case even more spectacular than it already was.

In fact, on the day of the planned crime, Dalia went to her gym as intended, hoping that the professional she hired would take her husband around the corner in the meantime. During this time, not only the Boynton Beach police but also the “Cops” camera crew went to the couple’s shared house to inform Michael Dippolito about the foiled crime. Shocked by this information, Michael had to process the whole thing first, but then he had to act quickly to lure Dalia Dippolito into a trap. The entire street was transformed into an alleged crime scene and Michael was brought to safety.

So when Dalia returned from her training a few hours later, she found a cordoned-off area in front of her house, indicating that her malicious plan had worked. She was also told by an officer that Michael had been the victim of a gunshot, which triggered the following reaction in Dalia. After this reaction, Dalia was taken to the police station to answer a few questions about the incident. But this is exactly where the trap of the police snapped shut and instead of interrogating her as a possible witness to a crime, Dalia was coldly convicted of being the mastermind behind the foiled crime.

For this purpose, the undercover policeman who had played the professional was first led into the room, before the police also presented the very much alive Michael Dippolito. Although Dalia continued to deny the crime, it was crystal clear that she had demonstrably planned to commit a serious crime, which is why she was subsequently handcuffed and arrested. To conclude this whacky case, we would like to briefly discuss the consequences for Dalia and her now divorced ex-husband Michael.

These are devastating, especially for Dalia. Not only was she sentenced to 20 years in prison after her arrest, but the case was so well covered by the media that soon every American knew her face from television. The video in which she allegedly mourns her husband also went viral on the Internet and Dalia Dippolito quickly became a kind of frightening figure of fun, making a fool of herself in front of the whole world. She is also regularly in the headlines to this day, as her lawyers regularly try to prove her innocence after all. 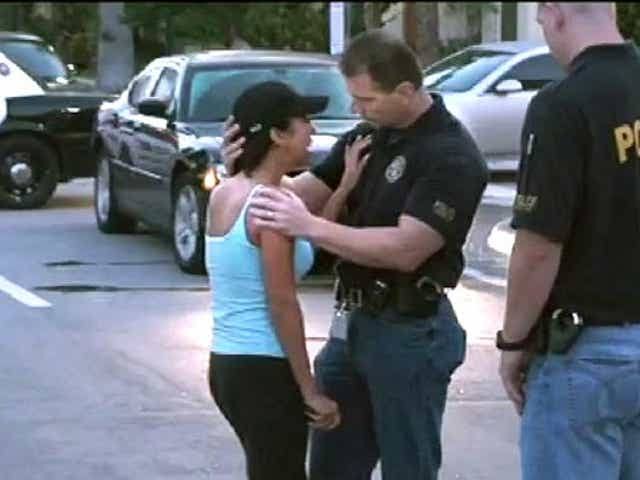 Nevertheless, she has been found guilty again in every appeal procedure so far, as the evidence is simply too obvious. Dalia also caused a stir in 2016, as she gave birth to a son while in prison, which allegedly allowed her to have better prison conditions. She is still in prison, and will probably not be leaving anytime soon. For her ex-husband Michael, the whole crime also had far-reaching consequences. Although he was fortunately not injured, he already said that the planned crime traumatized him in the long term and he needed some time to get over it.

In the meantime, he is successful in the real estate business and has even remarried.