“Not all women deserve children,” was among the several reactions to an outrageous video of a nursing mother who was found suffocating her little child with smoke from weed.

For reasons best known to her, the woman decided to smoke weed while her baby was still in her arms. As if that was not enough, she allowed the dangerous smoke from her mouth to get to her little baby, who appears very much uncomfortable.

Her actions has given rise to a lot of criticism from people on social media. Read some comments below;

Lady arrested for keeping her husband’s corpse in her bathroom 3 days after his d€ath (WATCH VIDEO). 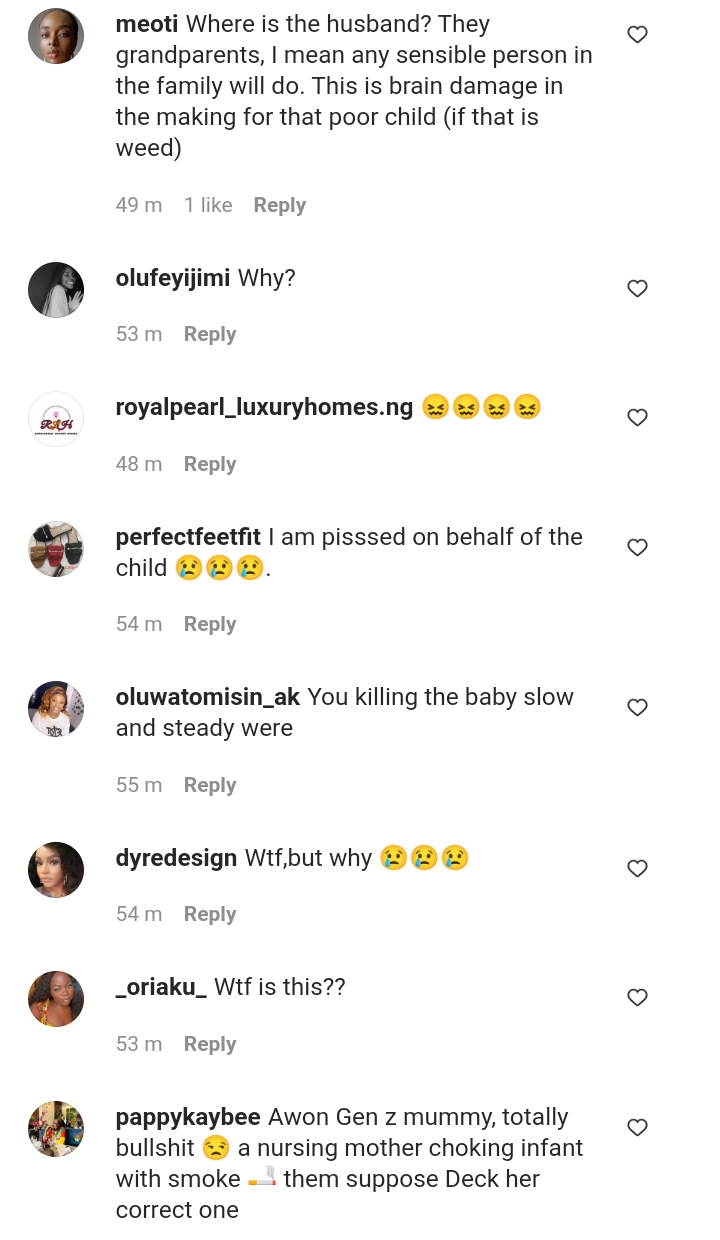 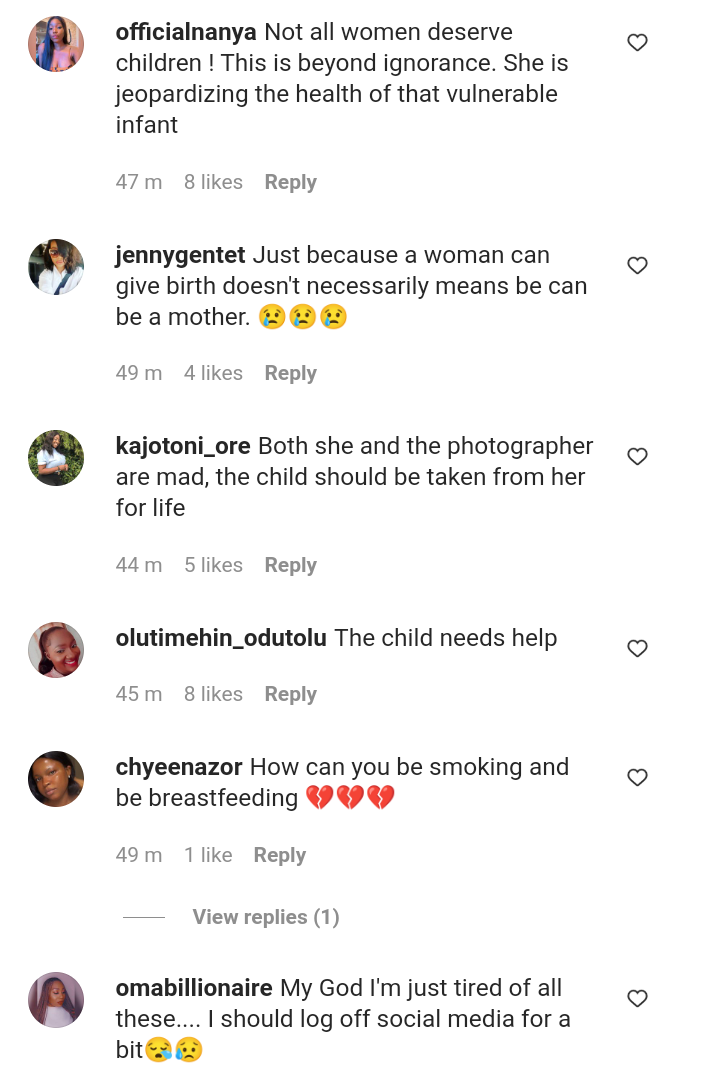 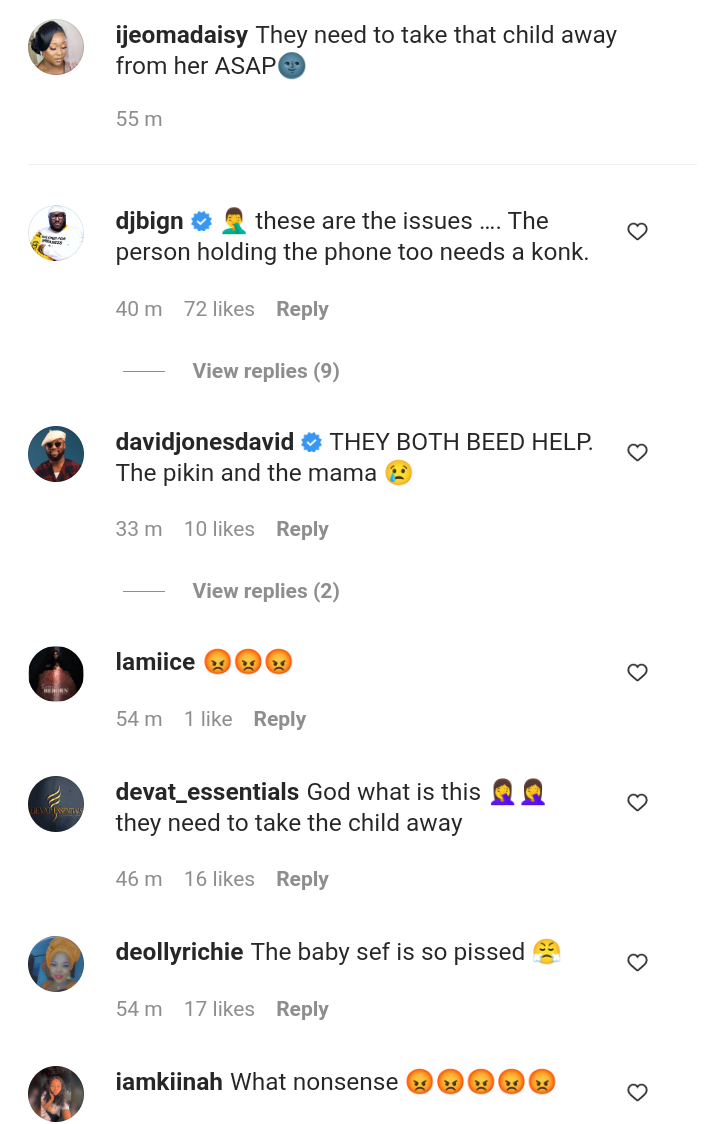