What Khloe Kardashian endured in her toxic relationship with Tristan Thompson

Ways to know if you are in a toxic relationship.

Tristan Thompson officially became a father to his third child on January 3, 2022. But it took a paternity test for Tristan Thompson to accept that he is the father of Marley Nichols baby boy. Though the only person who seemed to be surprised by this news was Tristan himself, the NBA player has come forward saying that he is taking full responsibility of his actions.

In his most recent Instagram story, he said that he looks forward to amicably raising his son with Marley. But it is not yet clear how amicable that can be because she threatened to sue him. Further along in the post, Tristan also addressed Khloe saying, “You don’t deserve the heartache and humiliation I’ve caused you. My actions certainly have not lined up with the way I view you. I have the utmost respect and love for you.”

Khloe is an amazing human and deserves to be treated like one. The woman showed up to the People’s Choice Award amidst the scandal and still slayed. At that point in time, it was like pulling a teeth to get Tristan to admit that he had an affair with Marley during his relationship with Khloe. But as time went on, he admitted that they slept together once and then a few times.

They had an approximately five month long relationship. But Tristan refused to admit that he is the baby’s father untill a test proved otherwise. He was with Khloe the entire time the affair was happening, but she was under the impression that they were on solid ground. Khloe has endured a lot with Tristan. He allegedly cheated on her in a nightclub when Khloe was mere days away from giving birth to their daughter True.

Though she stayed with him because she wanted to keep her family intact, her sisters were definitely not impressed. The worst part of it all was that everyone found out the same way Khloe did (through the tabloids). She didn’t even have any time to process the information before the entire world knew. Days later, the family flew out to Cleveland to be with Khloe during her delivery.

After that, more women came forward saying that they as well had affairs with Tristan, with one even saying they slept together the night before Khloe’s baby shower. Khloe then took some time to process everything that was happening, but mainly to be with her baby girl. By May of 2018, the pair were fully back together and raising their daughter. Though the family may not have fully agreed with the choice, they were there supporting her as best they could.

However, after Kim addressed the situation on Ellen, Tristan blocked her for a short period of time. In the interview she said, “We really were rooting for Khloe and we still are. She’s so strong and she’s doing the best she can. It’s a really sad situation overall.”

Kim was more open about the scandal than Khloe ever was. Even Kanye wrote it into one of his songs, “All these thoughts on Christian mingle, that’s what almost got Tristan single.” But by June 2018, the Kardashians had forgiven Tristan. Then in late September 2018, Tristan was seen flirting with a girl at a club, but Khloe continued to have full faith in him.

That didn’t stop more cheating allegations from rolling in and by February 20, 2019, US Magazine confirmed that he cheated on Khloe with Kylie’s best friend Jordyn Woods. Not only was this the most questionable move ever because of her relationship with Kylie, but it made it very clear how much Tristan valued his relationship with Khloe. 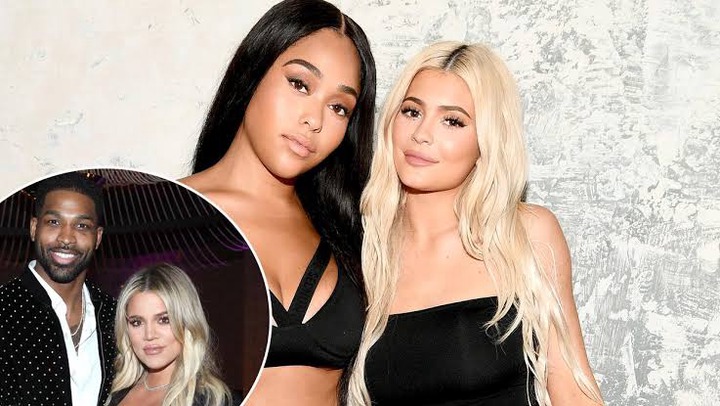 Khloe had given him an endless amount of chances and it looked like they were done for good. Khloe was hurt even more when Jordyn decided to go on Red Table Talk to discuss what happened without even reaching out to her first. Many fans were confused that she wasn’t doing the same to Tristan. But she later revealed that it is different when someone is the father of your child.

That being said, she gave him the cold shoulder at True’s first birthday. After close to a year and a half apart, Khloe was finally ready to forgive Tristan and decided to give him yet another chance. The couple seemed back on track and even talked about making baby number two. Khloe was seen wearing what looked like an engagement ring, but sadly it was not the case. The couple reportedly split yet again by June 2021.

Fast forward to December, the news about Marley broke and it could be the end of it all. Khloe’s ex-husband Lamar Odom says that she deserves much better. Though the athlete did also cheat when he was married to her, he says that his addiction was the main source of his issues and that he thinks that Khloe was the love of his life. Apparently, Khloe still thinks fondly of him too.

Mario Balotelli: The Footballer who gives almost 50% of his salary to Charity

Mario Balotelli: The Footballer who gives almost 50% of his salary to Charity