Popular Nigerian broadcaster and radio talk show host, Ifedayo Olarinde, popularly known as Daddy Freeze, has taken to social media to question the motives behind the engagement of most Nigerians in the #BlackLivesMatter protest.

Well, if you must know, the #BlackLivesMatter protest was staged in the US, against racism and police brutality in the region. It began after the brutal killing of George Floyd by four Minneapolis Officers.

Although the protest seems to be a good call to stand against racism of all sorts especially against ‘black lives’, Freeze is however of the opinion that it shouldn’t be for Nigerians who although are blacks, still discriminate amongst themselves.

He wrote in one of his recent posts on Instagram:

“If you must protest protest your own discriminations. Here are some suggestions; 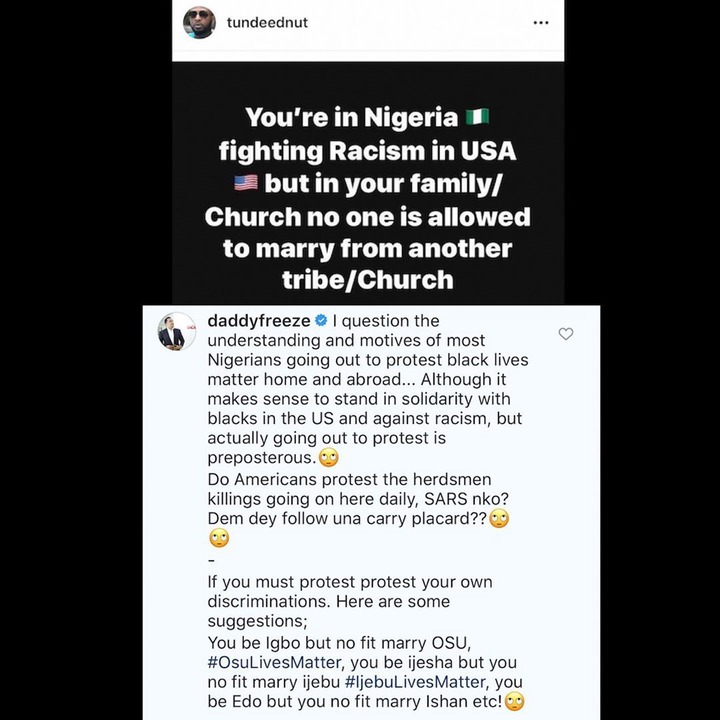 Freeze may be right, it doesn’t make sense for Nigerians to engage in a protests abroad when there are greater forms on racism within the country.