Search
Skip to content
Nollywood veteran actress Chioma Chukwuka Akpotha has sent her social media fans into delirium after posting a video of herself dancing with a cucumber.

Mrs. Chioma who is generally regarded as one of the most decent actresses in Nigeria’s film industry decided to entertain her 5 million followers by engaging in the trending #SlowMotionChallenge. She however did so in a hilarious fashion by using a cucumber.

Though, her caption clearly shows she was trying to educate people on the health benefits of cucumber:

“Since we are all being slow on this #slowmotion #slowmotionchallenge…I don’t even know what’s going on here…Guess who passed the cucumber to me? Meanwhile what are the benefits of eating cucumber daily?” she wrote on Instagram.

But she ended up creating the wrong impression on people’s mind, as evidenced by their comments. Read some selected ones below: 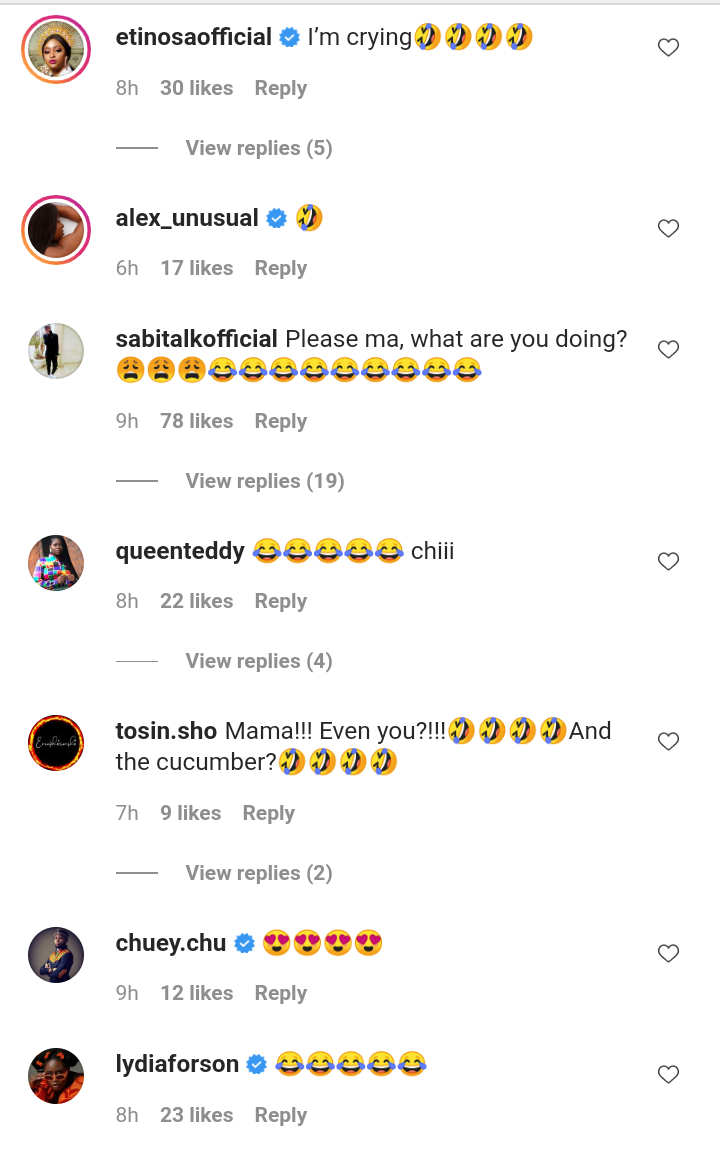 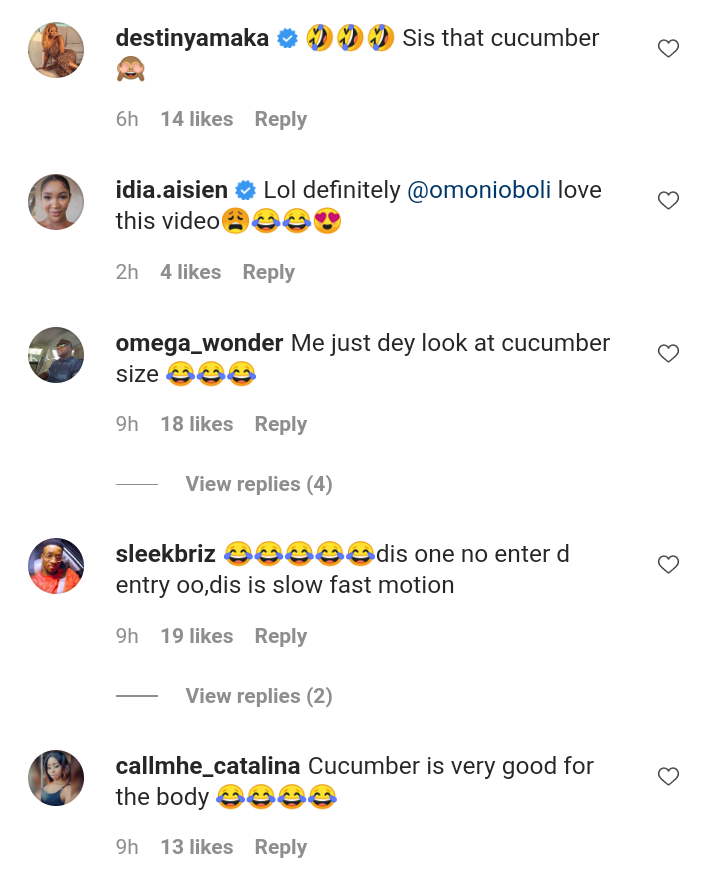 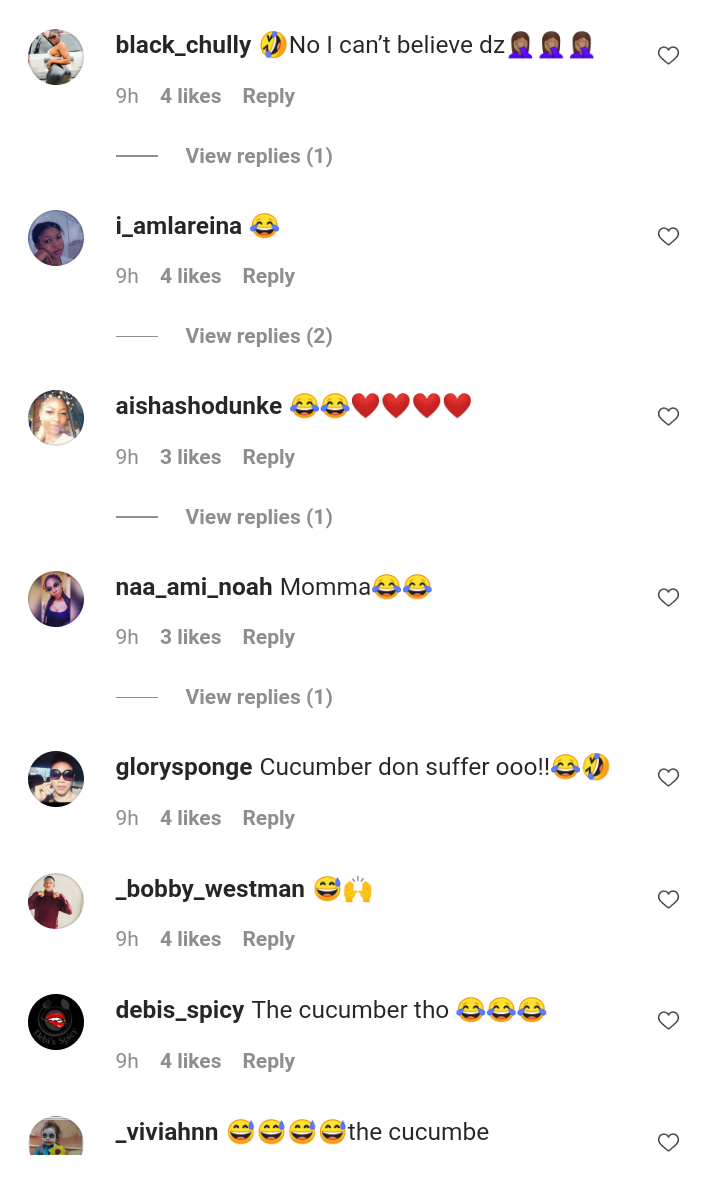 He told me he had a girlfriend but I kept seeing him secretly – Bride-to-be, on how she met her husband