9 tattoos that could get someone into a serious problem

by Law Blessing
in Lifestyle
Reading Time: 4 mins read
A A
0

Tattoos has a whole lot of meanings for many people. For some people, it represents a memory of a loved one while others use it as a reminder of something deep. There are also those who view it as a way of self-expression and admiration for the art.

However, some tattoos can be extremely controversial for most people. If you had plans on getting any of them, then you should probably think twice because there could be some serious consequences, depending on where you go and what kind of people cross your path.

In this article, we will talk about 9 controversial tattoos that could get someone into some serious trouble.

I know a lot of people want crown tattoos but whatever you do, don’t get the five point crown tattoo. According to Pinterest, this sort of crown is only worn by the Latin Kings gang.

The crown could also have the letters ‘ALKN’ which represents the Almighty Latin Kings and Nations. Needless to say that if you get that tattoo and you are not a part of that gang, then that could definitely land you in some hot water. So, if you want a crown tattoo, then make sure it’s very different from the five point crown tattoo.

Cobwebs on the elbow are usually associated with people doing time in prison and not just any amount of time, but a very lengthy sentence. It’s like being trapped and tangled in the system. The longer the web, the more time they have spent behind bars. For real criminals, you have to earn those wipes, that is why it’s not particularly good for the average person to have that tattoo.

Dagger going through the neck 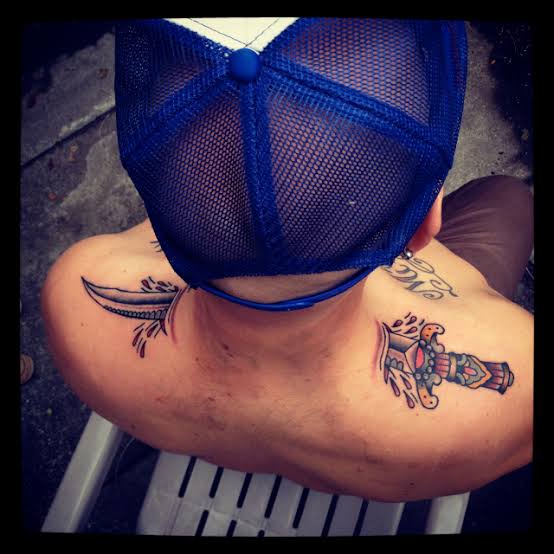 Not only should you not get them, but you should also stay very far away from people with these tattoos in general.

Barbed wire across the forehead

To some, it could have some religious meaning or it could mean nothing at all. But in the criminal world, barbed wire across the forehead signifies that a person has been convicted of a serious crime and every knot on that wire represents a year that they have spent in jail.

A lot of you have probably seen some celebrities wearing these tattoos which I don’t know why some of them would have it, but in the criminal world, teardrops could have a few different meanings. Either the person has attempted murder or the person’s friend has been murdered and now he’s seeking revenge or it could mean that they killed someone. Each teardrop represents the number of people that they killed. 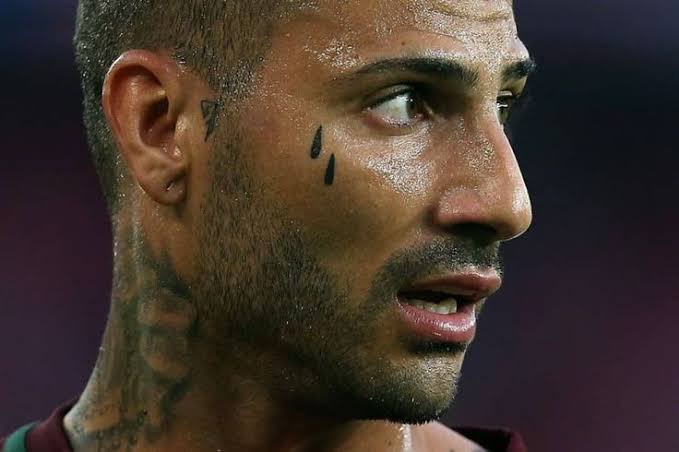 Needless to say that this is not a tattoo that you should take lightly or have on you for fun because if you come across some really hardcore people, they are not going to be too happy that you have those tattoos without earning it.

A cross on the chest

In the Russian criminal scene, having a cross on your chest is the highest rank that a Russian mob convict could possibly have. Unfortunately for you, if you have this tattoo and for some reason you end up around these people, then they are not going to take it too lightly because to them you are posing as something that you are not.

A clock with no hands

Clock tattoos are some of the most popular tattoos in the world, but a clock with no hands is something that you might see a lot with convicted people. That pretty much represents that they are doing a very lengthy sentence or sometimes life in prison. 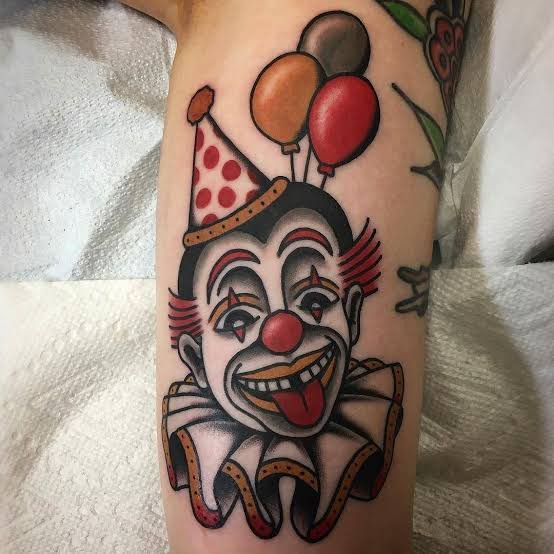 These tattoos are extremely offensive to the authority because it symbolises that anyone who is wearing them has killed a cop before and he is not afraid to do it again and face the consequences that comes with it. Needless to say that if you have a clown tattoo and you are in Brazil, just cover it up.

They may just seem like little dots to you, but they do have a deeper meaning. Let’s start with the three dot tattoo. It is usually found on the hand or on the face around the eye area and it means ‘Mi Vida Loca.’ That simply means ‘my crazy life.’ It is not related to a specific gang but it does represent the gang lifestyle.

When it comes to the five dot tattoo, it is mostly popular amongst American and European inmates. The four dots on the outside represent the prison walls while the one dot in the middle represents the inmate.

The legends of Pegasus and Chrysaor, the two offsprings of Medusa from Greek mythology The legends of Pegasus and Chrysaor, the two offsprings of Medusa from Greek mythology

Twitter in crumbles, as hackers invaded the accounts of famous celebrities