Dutch professional football club Sparta Rotterdam has expressed support for their first choice goalkeeper Maduka Okoye and the Super Eagles of Nigeria after their triumph over Egypt at the African Cup of Nations 2021.

Okoye was in between the sticks for the three-time African champions during the mouthwatering group stage encounter. Though his job was made easy by his solid defense, but he made an important stop during the game.

After keeping a clean sheet against the Pharaohs, Sparta Rotherham took to their Twitter handle to appreciate their shot stopper and his Super Eagles team in grand style. They lighted up their stadium in green and white (Nigeria’s trademark colour). The club also accompanied the photo of their home stadium with the following caption:

“Congratulations @OkoyeMaduka and #TeamNigeria with the 1-0 victory in the @CAF_Online. Our home is in your colours!” 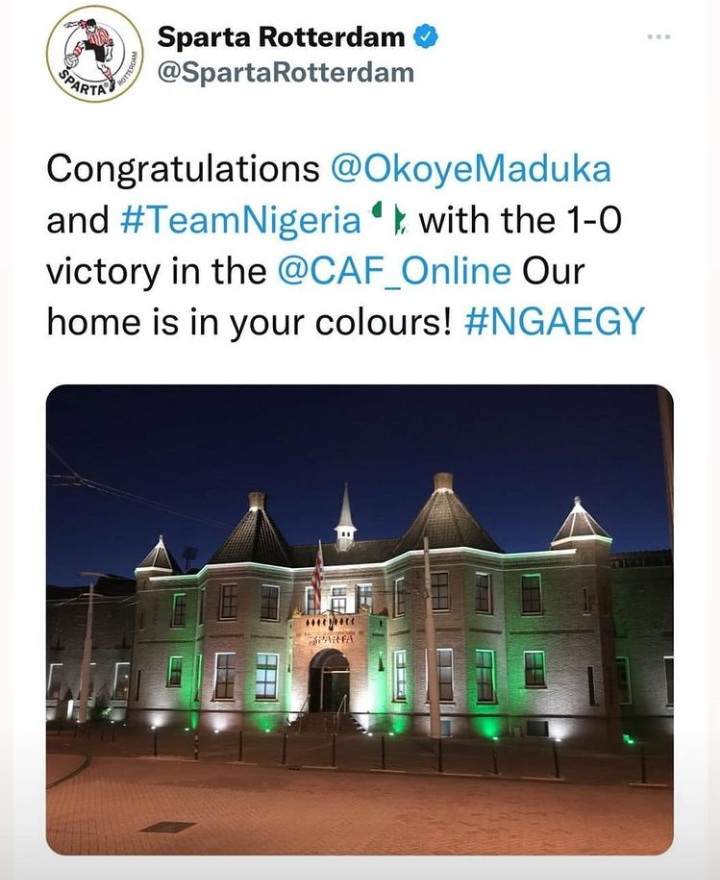