Super Eagles winger Samuel Chukwueze featured for Villarreal as they came back from defeat to beat Eibar at the Estadio de la Cerámica yesterday evening.

Goals from Gerard Moreno and Paco Alcácer was all that was needed for Unai Emery’s men to get their first victory of the new season.

After falling behind immediately after the restart of the second half courtesy of a goal by away team striker Kike, the Yellow Submarines had to dig in to get three important points.

Their persistence paid-off in the 62nd minute when lively Chukwueze directed a cross on Moreno’s path, and the striker twisted fantastically to put the ball in the net.

Villarreal completed their well deserved comeback in the 71st minute through Paco Alcácer. 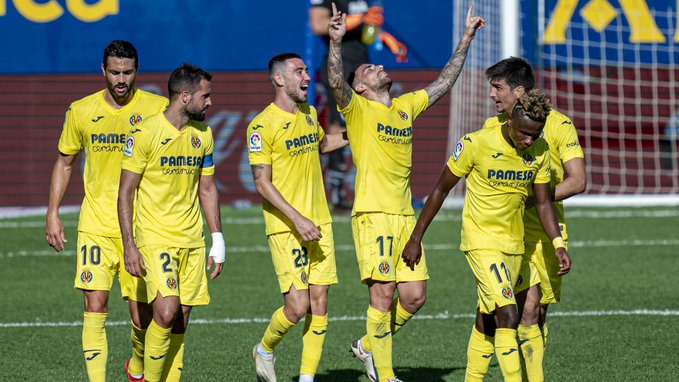 After his fantastic display for the Yellow Submarine, La Liga was full of praise for Nigerian wonderkid Samuel Chukwueze.

The wrote via Instagram: “chukwuezesamuel8, so GOOD, so TALENTED”

Meanwhile with the result, Villarreal has temporarily moved top of the table, with four points from two games.

Video: Watch what Oshiomhole did before casting his vote

Ekong, Chukwueze, Rasheedat and others model Nigeria’s home and away kits (Photos) Ekong, Chukwueze, Rasheedat and others model Nigeria's home and away kits (Photos)