Messi scores a brace in his record breaking match against Bolivia

Video: Messi receives cheers by a multitude in Paris airport

Argentina continued their impressive performance in the 2021 Copa America with a 4-1 thrashing of Bolivia in their fifth Group A game of the tournament. 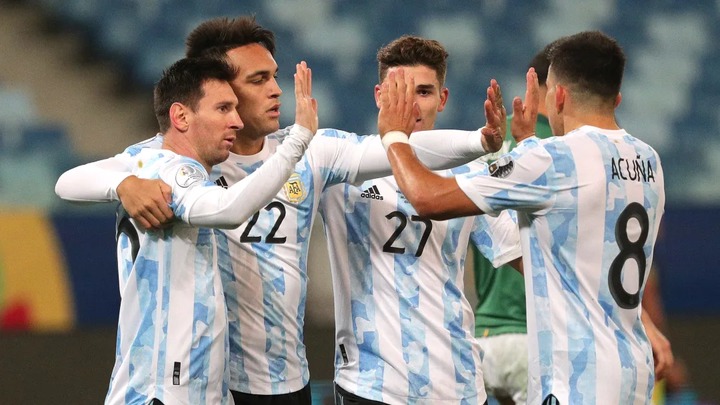 34-year-old Captain Lionel Messi, got his name on the scoresheet twice, with the likes of Alejandro Gomez and Lautaro Martinez also finding the back of the net.

Scoring a brace in the game was a sweet way for the six-time Ballon d’Or winner to mark his 148 appearances for Argentina making him the most ever by a player for the South American nation.

Messi also provided an assist for the opening goal of the game in the sixth minute of the match.

He is currently the top scorer in the Copa America with 3 goals and 2 assists. Messi’s brace against Bolivia was his first in 18 games for Argentina.

Meanwhile the Albiceleste have already qualified for the knockout rounds of the tournament and will be looking to break their winless run by clinching the Copa America this time.

Couple Fall Off Balcony Together While Arguing (Video)