The 2021 MTV Video Music Awards (VMA) has already come and gone. The VMA has witnessed some drama-filled moments throughout the years that fans are still talking about to this day.

Though not much of a drama was seen at the just concluded VMA, but let’s take a look at some unforgettable moments of drama over the years.

Who could ever forget the time Nicki Minaj called out Miley Cyrus right after accepting an award at the 2015 VMAs. Nicki had just won for Best Hip Hop video for her hit song “Anaconda” and after taking the stage like a queen to thank fans and even her pastor, she turned her attention to Miley who was hosting the event and delivered this mic drop moment: “Back to this b*tch who had a lot to say about me the other day in the press. Miley, what’s good?”

Miley’s face said it all, she was blindsided by Nicki’s defiant words that had her sweating buckets under her visor. It turns out that a few days before the show, in an interview with The New York Times, Miley had called Nicki, “not too kind” for her complaints about the nominations.

Nicki was especially upset that her collaboration with Beyoncé’s “Feeling Myself” didn’t make the shortlist for Music Video of the Year. Miley quickly recovered though by congratulating Nicki on her big win and she went on to blame the media for twisting her words.

Speaking of Miley, she had already caused quite an uproar at the 2013 VMAs when she took the stage wearing a skin-colour outfit and began twerking on Robin Thicke, all while feeling herself with a foam finger. It was pretty wild. 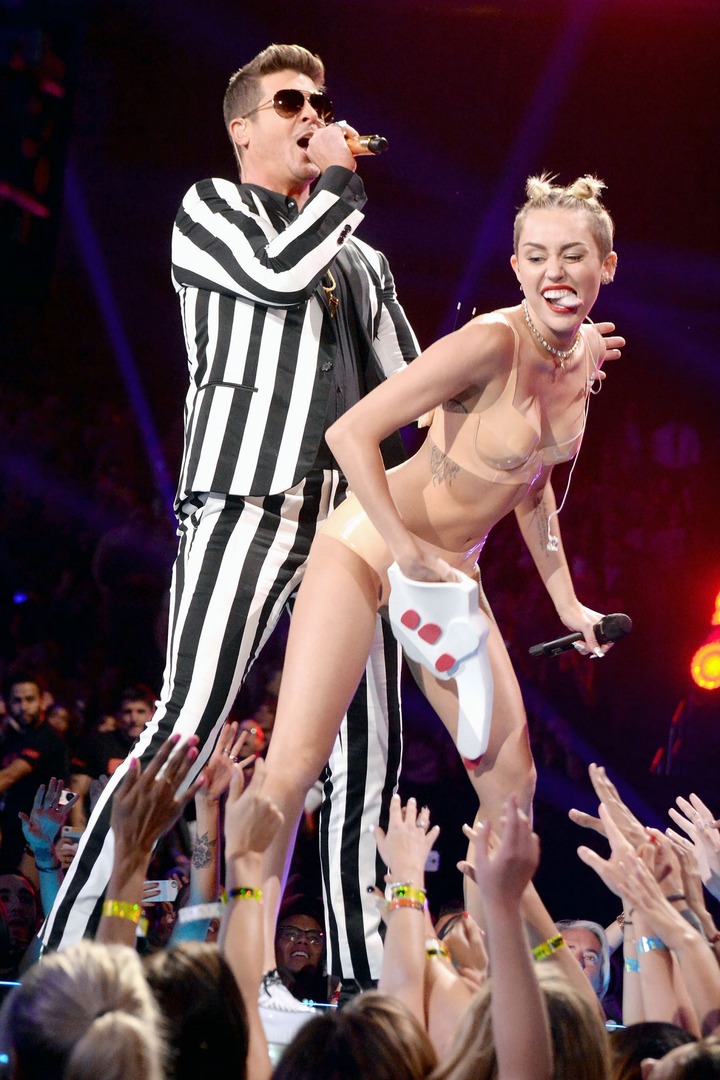 Miley was met with a lot of backlash as more conservative fans couldn’t believe the direction her music career had taken. But hey, all the media attention and online outrage gave Miley lots of free publicity for her Bangerz tour “where her antics got way more wild,” so it ended up working to her advantage.

When it comes to making a fashion statement at the VMAs, Lady Gaga definitely takes the cake on that or rather the steak. Back in 2010, Gaga had already been dazzling audiences with her outlandish style for years, but absolutely no one was ready for one of her outfits for that night. Yep, we’re talking of course about what came to be known as her meat dress. 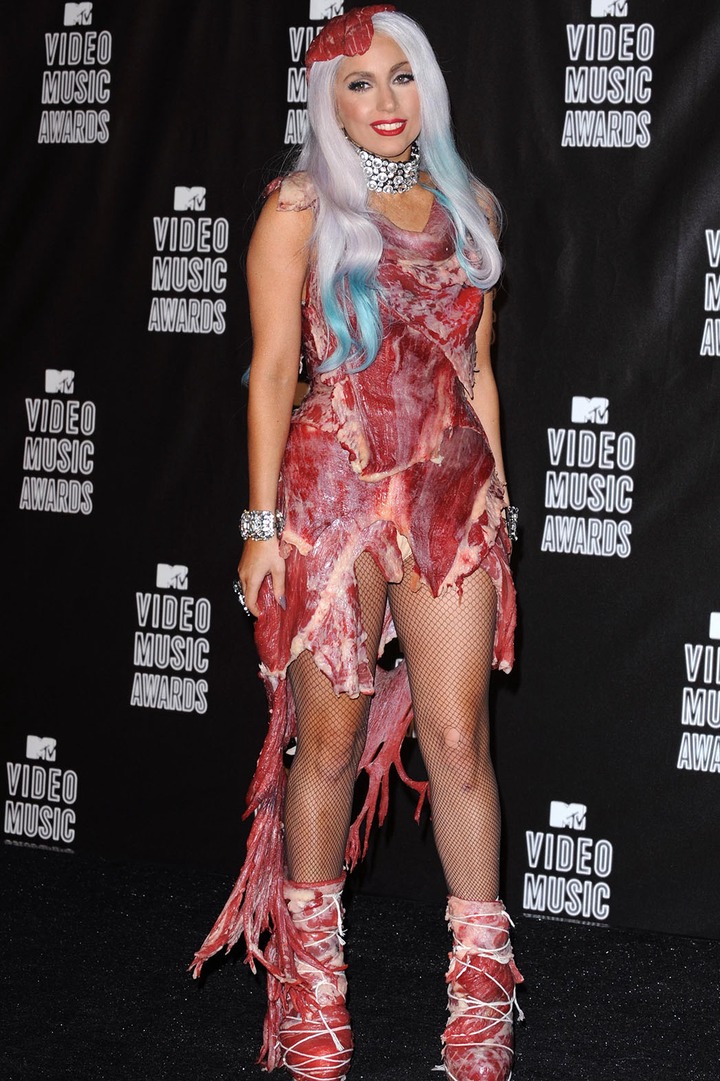 But it was more than just the dress! Her hat, boots and purse were all also made of raw meat! And as expected, an organisation that was in no way amused with Gaga’s rare dress was PETA.

The animal rights activists issued a statement disapproving of Gaga’s choice that read in part, “What’s next: the family cat made into a hat?”

Gaga’s dress became so iconic in pop culture that it was even archived and went on display at the Rock and Roll Hall of Fame after being preserved by taxidermists as a type of jerky.

The year was 2009 and Taylor Swift had just won her very first MTV moon man ever for her video “You Belong with Me.” Taylor was only a few seconds into her acceptance speech when out of nowhere Kanye West came from behind and literally took the mic out of her hand and the rest is history. 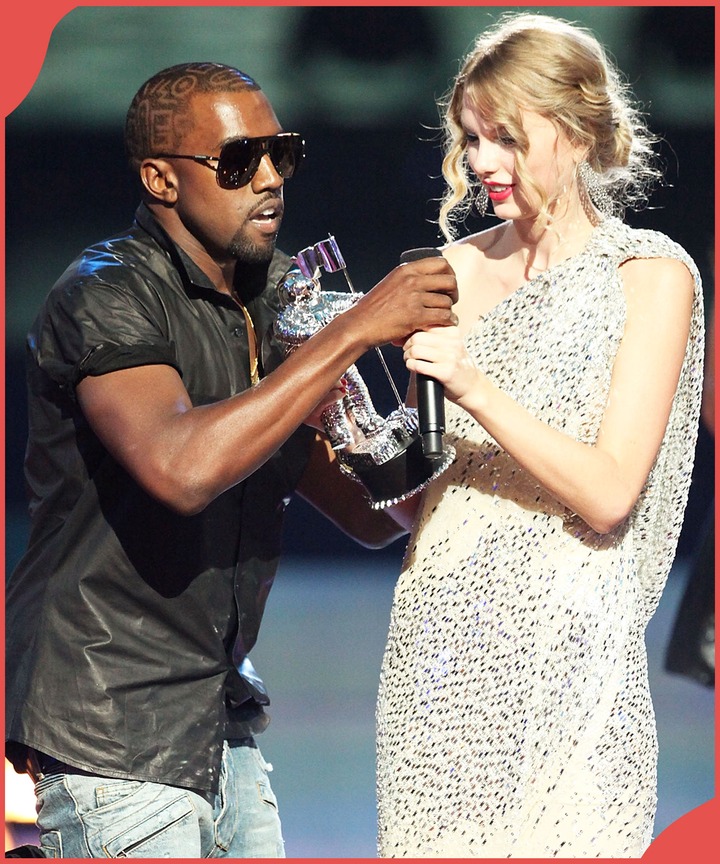 Taylor was left speechless, no pun intended, as she couldn’t even get a single word out after what had just happened. And Kanye received backlash of epic proportions, I mean even President Barack Obama chimed in calling Kanye “jackass”, for stealing Taylor’s thunder.