Viewers of the Big Brother Naija Shine Ya eye has taken to social media to react after a video of Saga and Nini’s gossip was played in front of Pere and other housemates.

Recall that some days ago, while whispering to Nini at night, Saga referred to Pere as an instigator and one exhibiting suicidal behaviour. That gossip turned sour for the duo on Thursday evening when Big Brother exposed their conversation in front of the housemates including Pere.

Biggie found Saga and Nini guilty of microphone infringement and shortly after calling out their offence, he issued them a strike. Saga has previously received a strike.

Read: We cannot be best friends and be touching eachother – Angel tells Cross.

Meanwhile, Pere will definitely be disappointed after watching someone he had his back say some unkind things about him. Some fans like Ike Onyema are wondering if he would try to instigate Saga to receive another strike to get him disqualified. 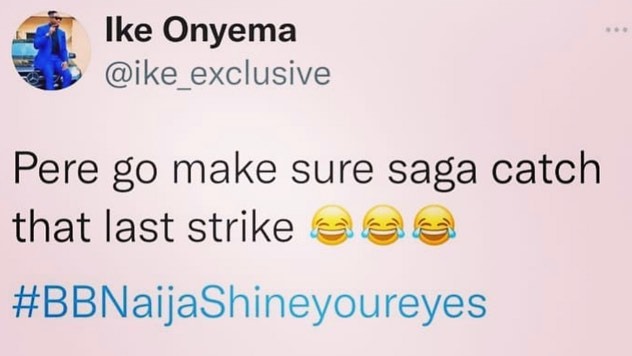 Others are of the opinion that Biggie’s video revelation was his way of getting back at Saga for failing his prank task. 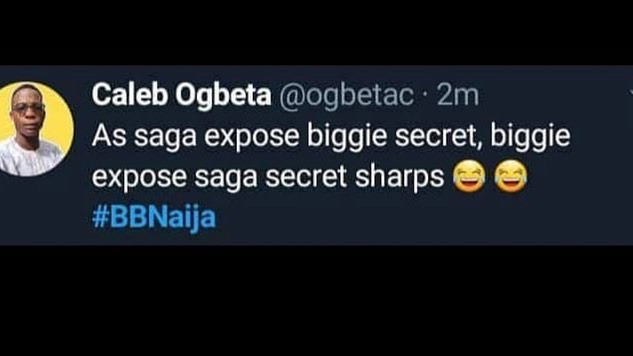 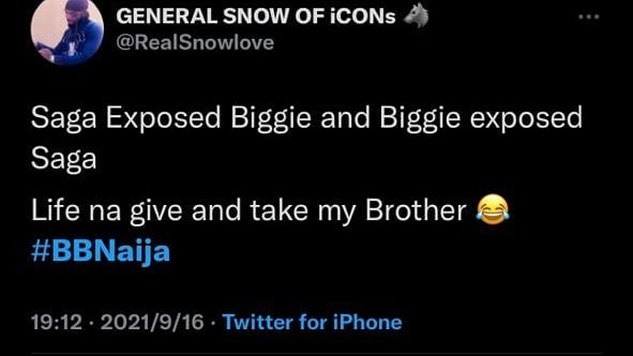