Reality TV star Beatrice Agba Nwaji has revealed the real reason why she was not able to last longer during the Big Naija show.

The 28-year-old single mother of one was one of the housemates from the BBNaija Shine Ya Eye edition. Unfortunately, she was also among the very first to be evicted from the house. While sharing her experiences during the year 2021, Beatrice pointed out that she was so excited to go the Big Brother Naija show, but she was misunderstood.

“I had so much excitement going to BBN but I was misunderstood by many,” she wrote on her Instagram story.

Read: Tiwa Savage allegedly in fresh scandal with the man in her viral tape.

Beatrice said she cared so much about what people would say about her actions without paying attention to herself. But 2021 gave her the opportunity to find herself and to do the things that makes her happy. 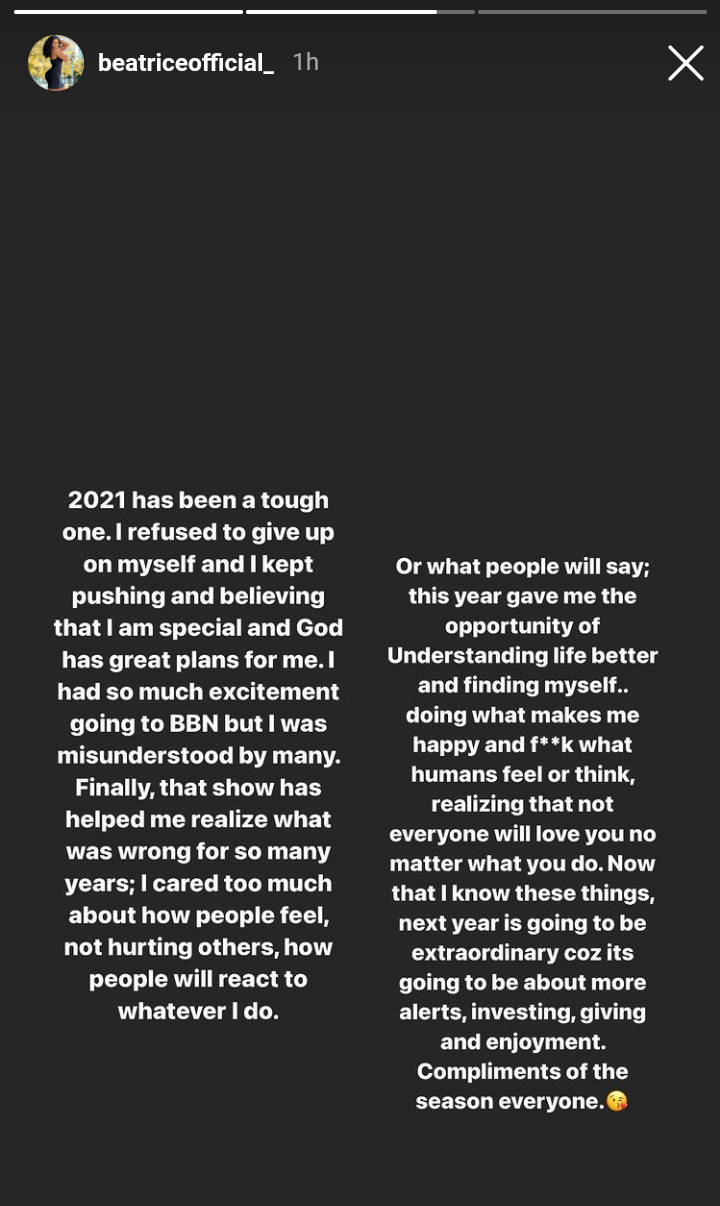