A concerned Nigerian named Tosin Olugbenga has taken to social media to decry the hypocrisy exhibited by some telecommunication network service providers, including Glo.

Recall, that Nigeria’s President Muhammadu Buhari recently placed a ban on the use of Twitter in his country, following the removal of one of his tweets that went against the standards of Twitter.

Several sources alleged that the government was able to restrict the access of Nigerians to Twitter through the help of various network service providers of which Globacom or Glo Telecommunications Company is among.

Not only is it among, but it’s a Nigerian based company. Tosin was disappointed that despite the fact that Glo blocked him from Twitter, the company is still using the platform.

He shared a recent tweet by Globacom and wrote: “Glo blocked me from using Twitter but Glo is tweeting, no be JuJu be that?” 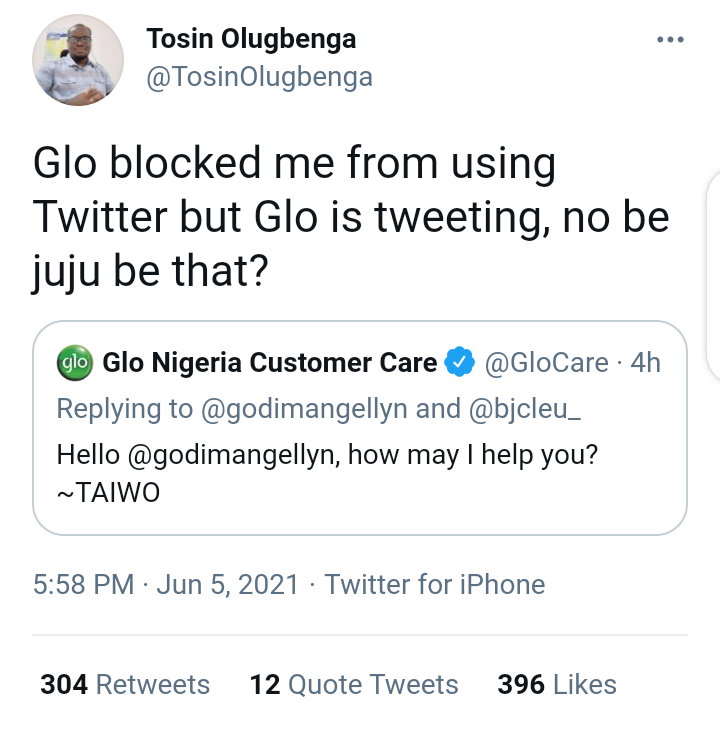