Search
Skip to content
Nollywood actor Ken Erics surprised his Instagram followers with a throwback picture of himself and veteran actress Patience Ozokwor a.k.a. Mama G.

As a way to encourage his fans not to give up on their dreams and aspirations, the 35-year-old actor decided to post his picture as an example.

A very young Ken Erics was spotted in the photo standing beside Patience Ozokwor during his early days as a Nollywood actor. He accompanied the image with the following caption:

This picture has generated several comments from people including their colleagues in the movie industry.

Ngozi Ezeonu, Junior Pope Odonwodo and even Mama G herself were all amazed at how Ken Erics transformed over years. Check out their reactions below: 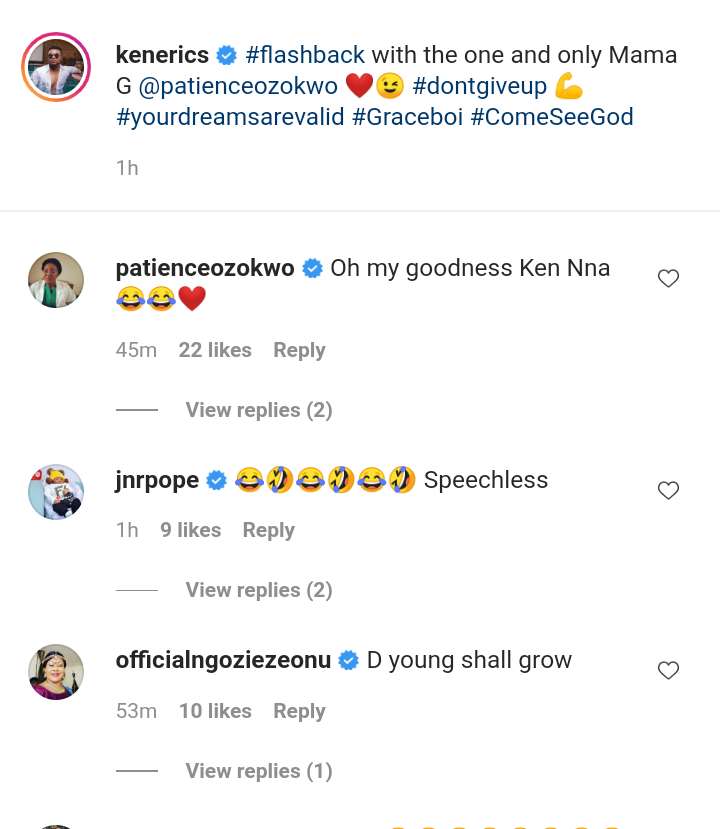