Zubby Michael was at the forefront of a lovely and lively reunion of men and women that matter in Nollywood film Industry.

Having stood for their colleague actress Rachael Okonkwo popularly known as Nkoli Nwa Nsukka during the burial of her late mother (aged 53) on Friday, 25 September, Nollywood stars decided to stop for a shot along Opi-Nsukka road Enugu State.

Zubby Michael (a.k.a. Eze Ndi ara) was spotted in his usual self, along with several actors including Mike Ezuruonye, Walter Anga, Badaiki Erom Shaggy, Browny Igboegwu and the rest of them. 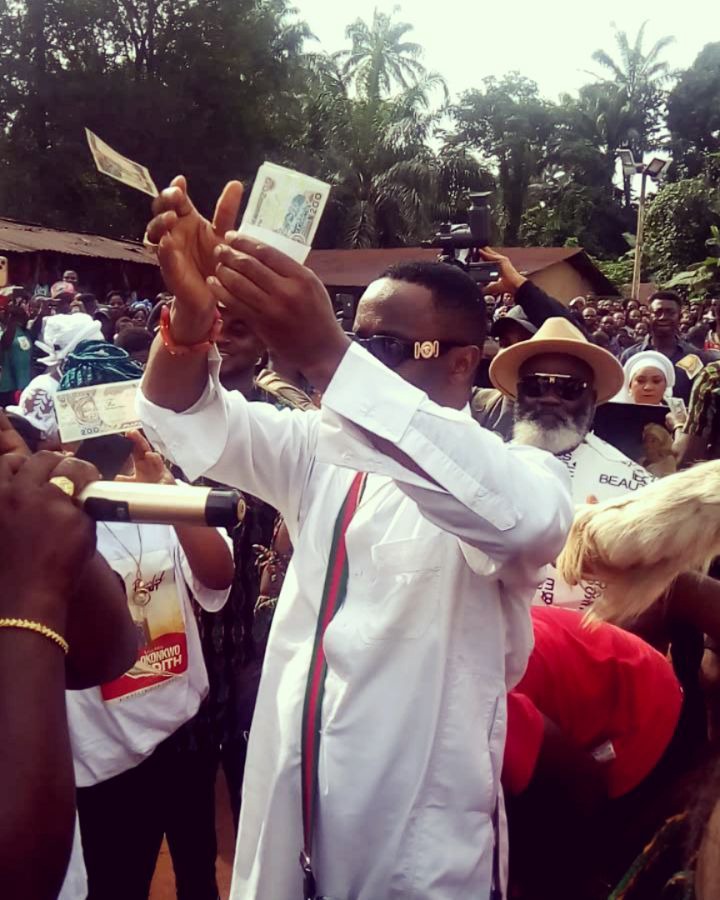 All forms of social distancing rule were thrown into the dustbin as Rachael danced and received raw cash from her fellow colleagues.