In a live interview which was uploaded via the Instagram page of Ubi Franklin, Ozo talked about his dreams, his passion and what he plans to do next.

Watch an excerpt from the interview below:

The discussion took over 40 minutes, but those who viewed it said it was one of the best they’ve seen. They also commended Ubi Franklin for respectfully asking the right questions in a friendly manner.

Finally, Ozo got another ticket to an all expense trip to Dubai for the Onemusic Africa Fest, the same ticket he won while in BBNaija house.

Read some of the reactions from people after the interview: 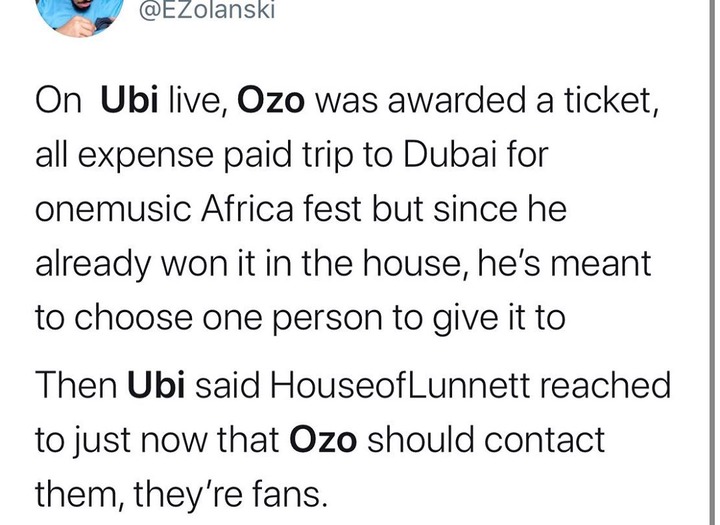 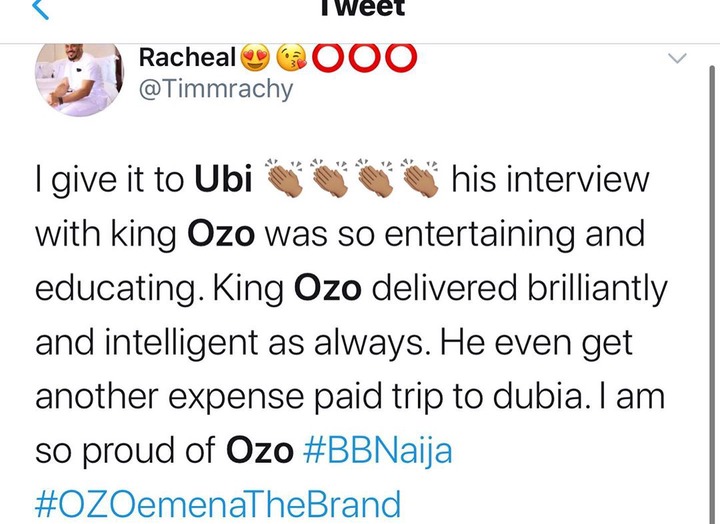 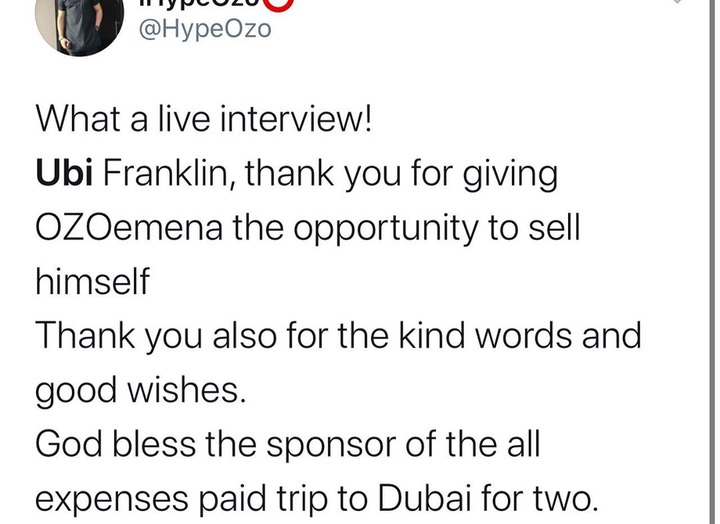 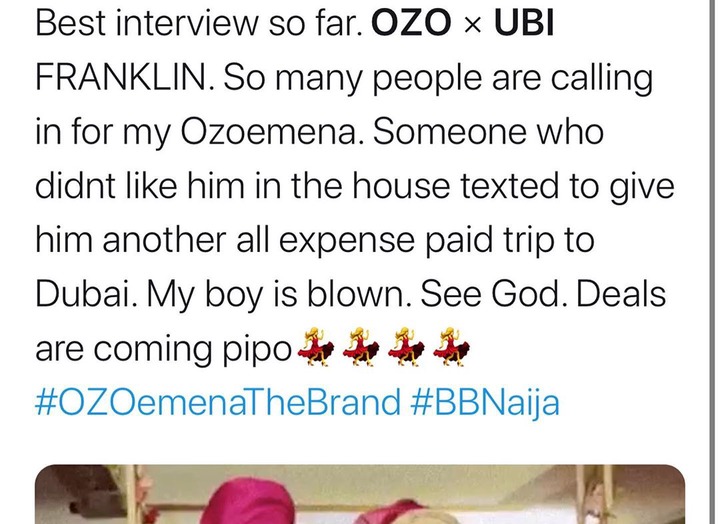 ALSO READ: Laycon promises to feature Nengi in one of his songs