The lady who identifies herself as Trap Selena has allegedly revealed that Big Brother Naija Shine Ya Eye ex housemate Maria Chike Benjamin has been a side chick since two years ago.

According to her recent Instagram Story, Kelvin the estranged husband of Cubana Chief Priest’s sister has been posting pictures of Maria on his Instagram page since 2019. She however maintained that Kelvin is no longer together with his wife Onyi. 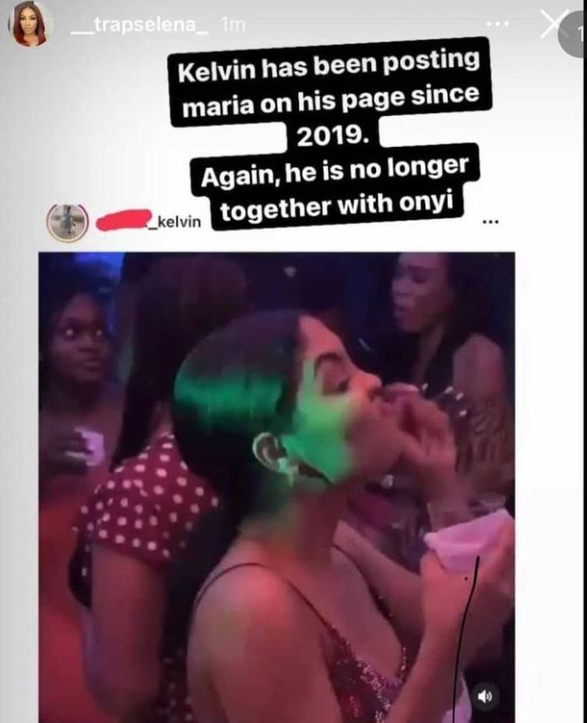 Related: Nobody threatened you, tell the world the truth that you’re no longer with Kelvin – Lady asserts. 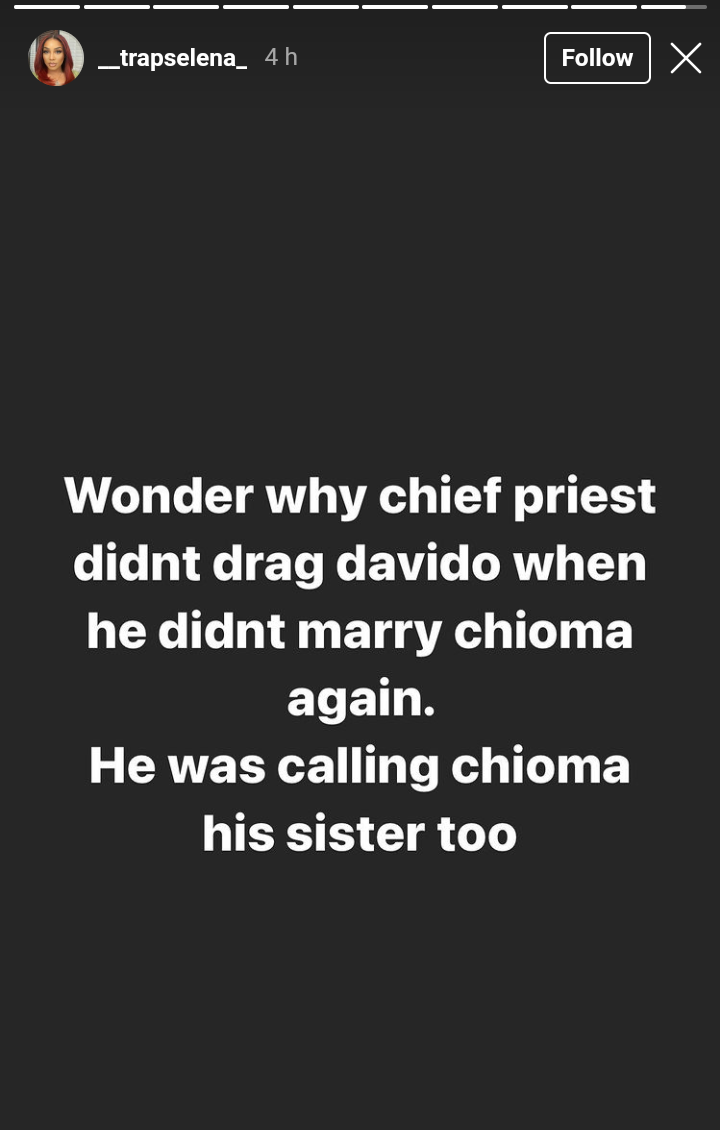 Reports has it that Mr Kelvin and his wife already have two children – a 5-year-old boy and 2-year-old girl. Could it be that Maria was the reason for his separation with his wife?