According to the screenshot, Maria whose real name is Maria Nkechinyere Agueze initiated a conversation with Maryann before going to the Big Brother’s house. Maria apologized to her for the inconvenience her relationship with Kelvin must have caused her. She however advised her to work on her marriage with Kelvin for her children’s sake.

Maria assured her that her husband loves her so much and would them to be together as a family. The reality TV star alleged that she was deceived by Kelvin into a relationship with him.

Related: Nobody threatened you, tell the world the truth that you’re no longer with Kelvin – Lady asserts.

Finally Maria told Maryann that she is no longer in a relationship with her husband and that they blocked each other on social media. 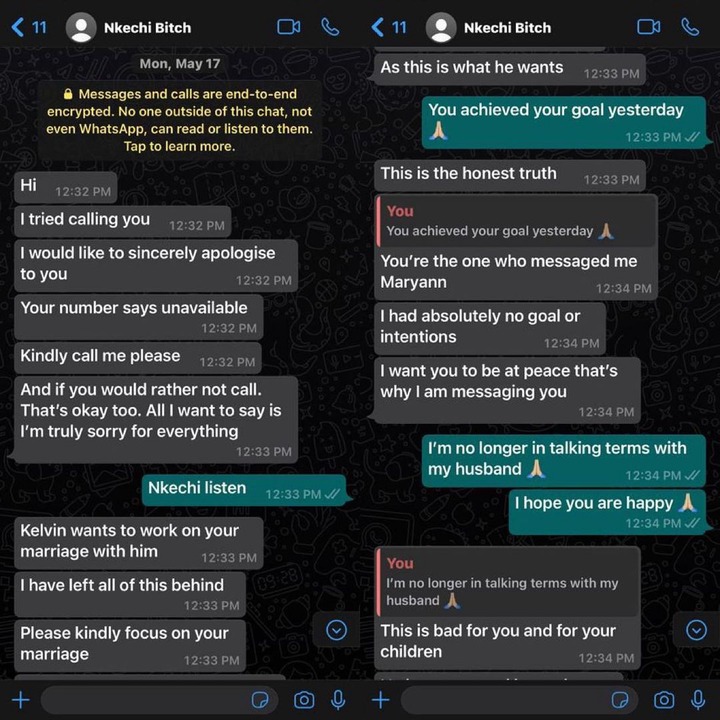 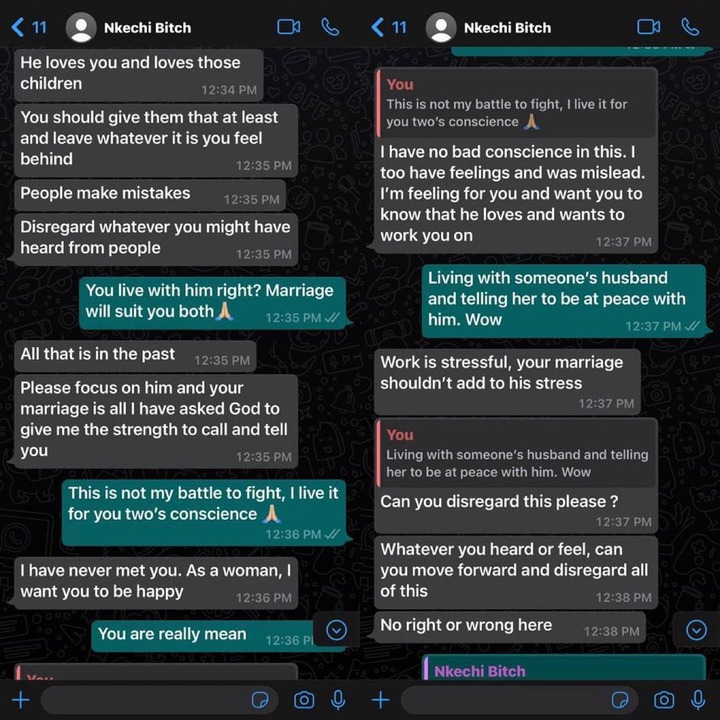 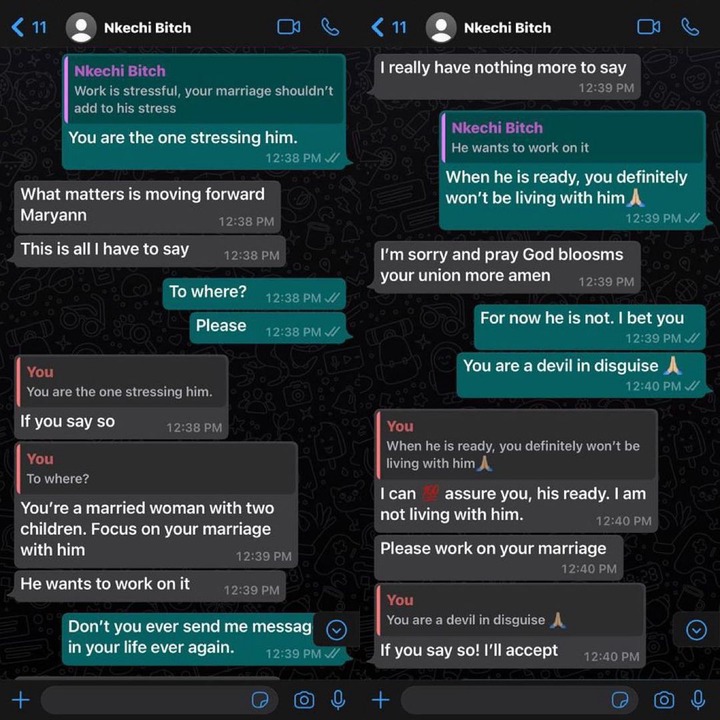 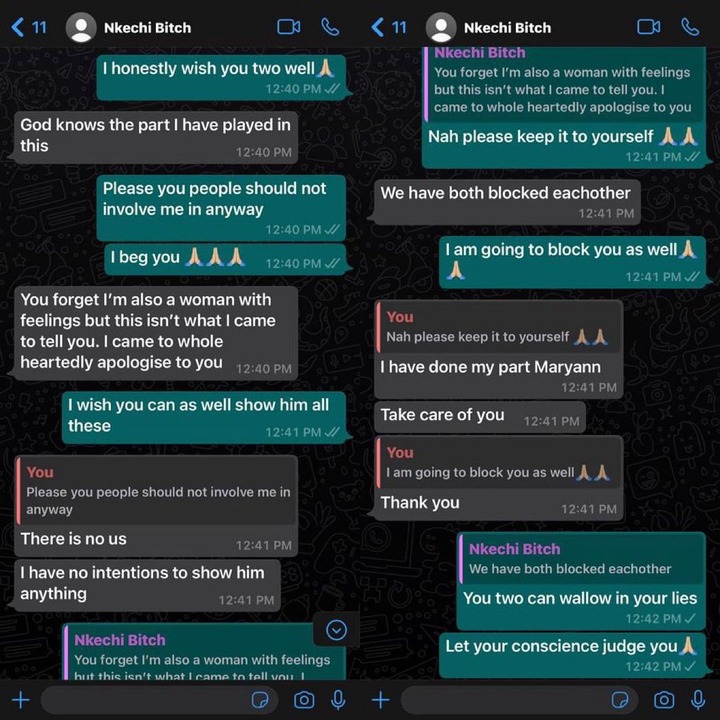 The screenshots above was posted on Cubana Chief Priest Instagram page with the following caption: “Side Chick Dey Message Madam Dey Advice Am, Maria You Get Mind Shaaaa.”