Reality TV star Tega Dominic has revealed that she’s no longer in her marriage. The former Big Brother Naija Shine Ya Eye housemate made this known in her recent Q/A with her followers. When asked about her marital status by a curious fan, Tega revealed that her marriage with Lawrence Ajeboh in 2020. 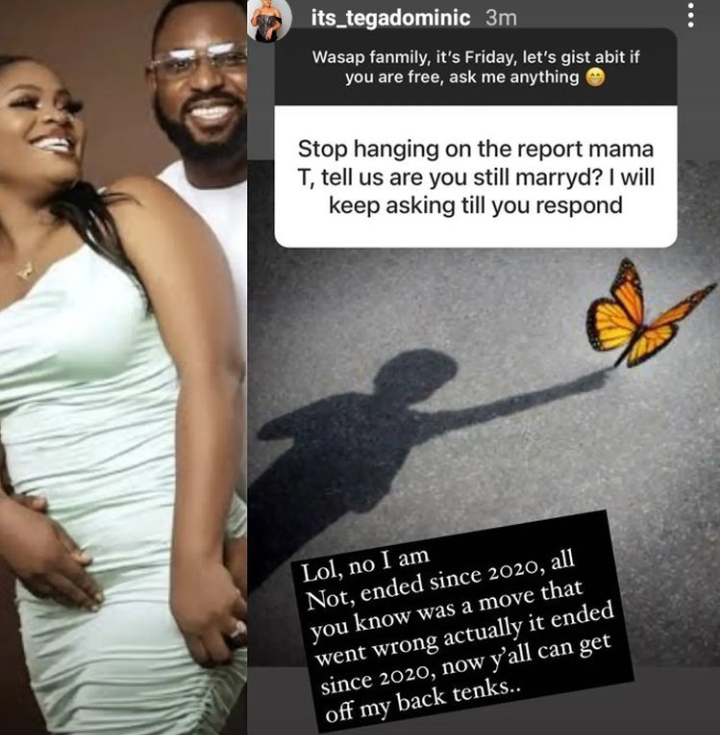 Recall that became known as a BBNaija housemate last year (2021). So, if we’re to go by what she says, her marriage actually ended before her days in the Big Brother’s house. Contrary to the general opinion that her marital issues began after her exploits in the house, Tega comments shows that wasn’t the case.

Governor Uzodinma’s daughter clashes with her husband’s side chic in Abuja (VIDEO).

What do you think about Tega Dominic’s revelation? Share your comments below: