Nigerian crossdresser and social media influencer, Okuneye Idris Olarenwaju popularly known as Bobrisky has announced that no one should to come close to take pictures of him without an iPhone 12 mobile device.

The controversial celebrity made this announcement in one of his regular Instagram posts. He warned that anyone who try to take photos of him at any event without an iPhone 12 will receive a slap from him before getting thrown out by the security.

Read: 5 exciting new things to watch out for in the upcoming BBNaija season 6.

He further adviced those who do not have money to buy good phones to stay at home and sleep, to avoid any embarrassment. See below; 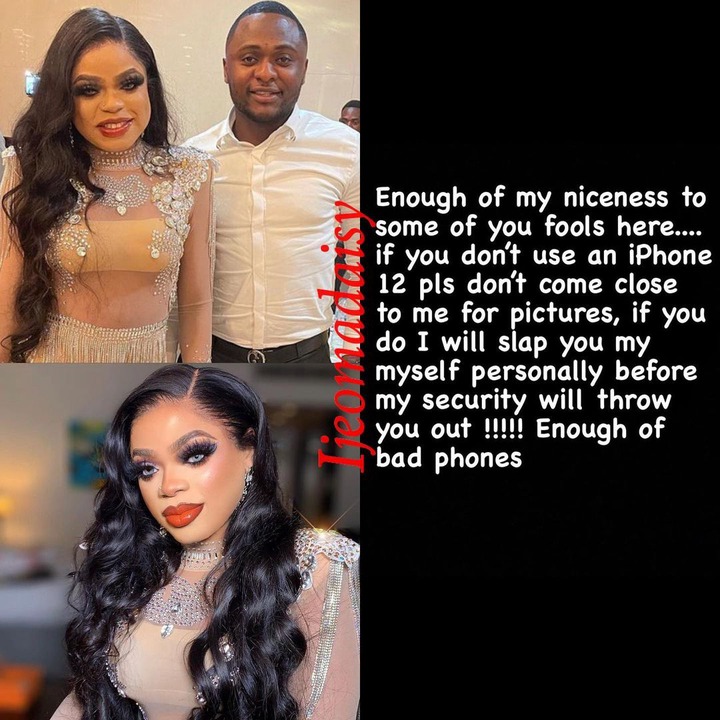 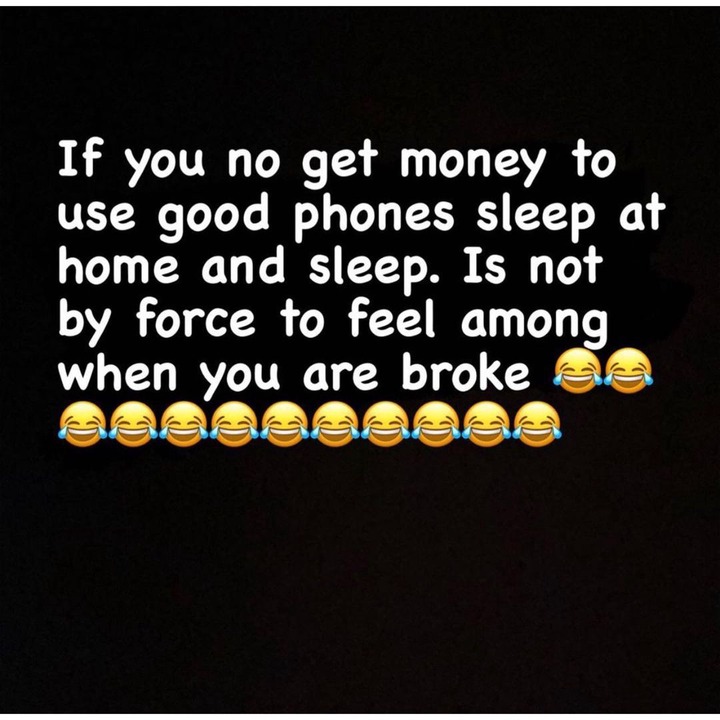 No doubt, the crossdresser made this statement in order to limit his fans from sharing unfiltered images of him and it’s not the first time he did something like that.

According to reports by Lindaikejisblog, Bobrisky announced three years ago that he will no longer be taking photos with fans to limit them from circulating unfiltered photos of him online.