Dragged into a dark world, now my kids are getting dragged in – Kanye express concern for his kids

American rapper Kanye West has expressed concern over the kind of lifestyle his children are persuaded to adopt. The billionaire musician has previously made it known that he does not want his little children on social media. But ever since he and Kim got divorced, his 8-year-old daughter North was allowed to use TikTok.

This led Kanye to call out his ex-wife for letting his daughter use TikTok. Kim responded by saying that she allowed North to use TikTok because she wanted her to be happy. While a few person supported her decision, many others including her cousins were against it.

Read: What it took for A$AP Rocky to finally win Rihanna’s heart.

Kanye recently shared a screenshot of his chat with Kim’s cousin Kara. She initially pledged to speak out publicly for him, but later decided to be against him. He said he will not let the Kardashians keep playing games with him. Finally, Kanye revealed that he was dragged into a dark world and now they want to drag his children into it.

Read the message below; 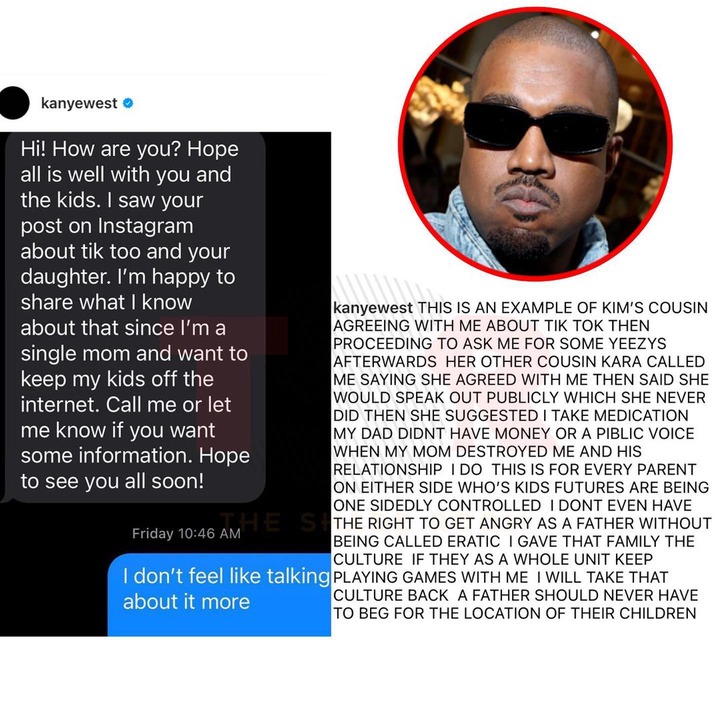 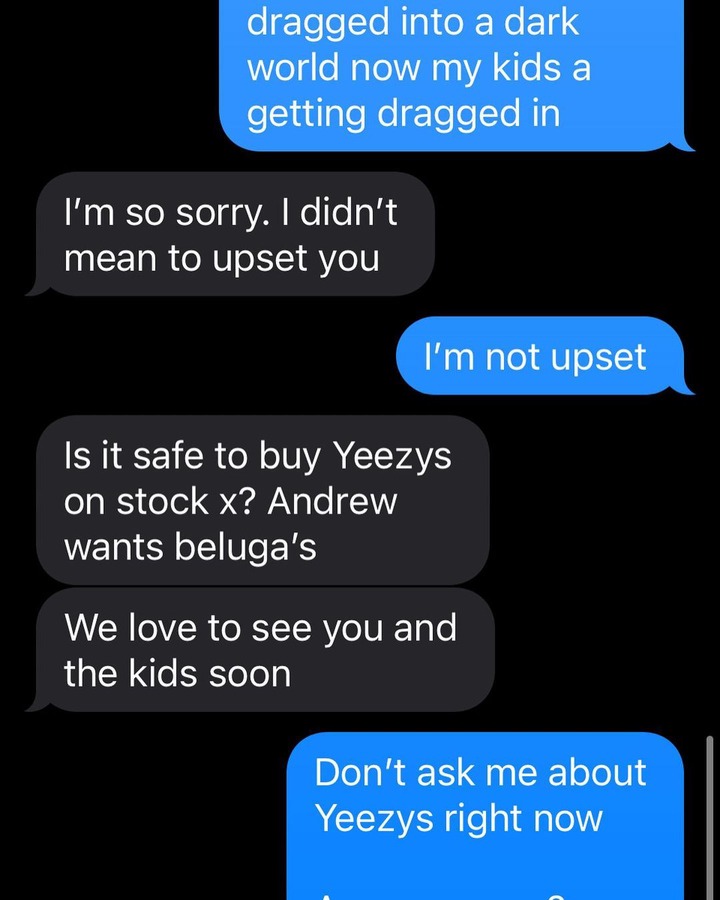