Search
Skip to content
Fans of Nigerian afrobeat singer Davido has called out his managerial team for allowing Big Brother Naija Shine Ya Eye ex housemate Angel to easily gain access to him.

Earlier this morning, the controversial reality star shared a video on her Instagram Story, where she was spotted with Davido. The duo were seen vibing to Adekunle Gold’s song.

While few people expressed happiness that Angel hooked up with a popular artist like Davido, many others were disappointed at the sight. Some even took to social media to blast Davido’s manager and his team for allowing such an easy access to their favourite celebrity.

They assumed that Davido’s niceness to his admirers could be inimical to his career. A fan wrote: “…it’s not good for his brand, you’ll soon realize it’s not coming from a place of hatred.”

Read some selected reactions below: 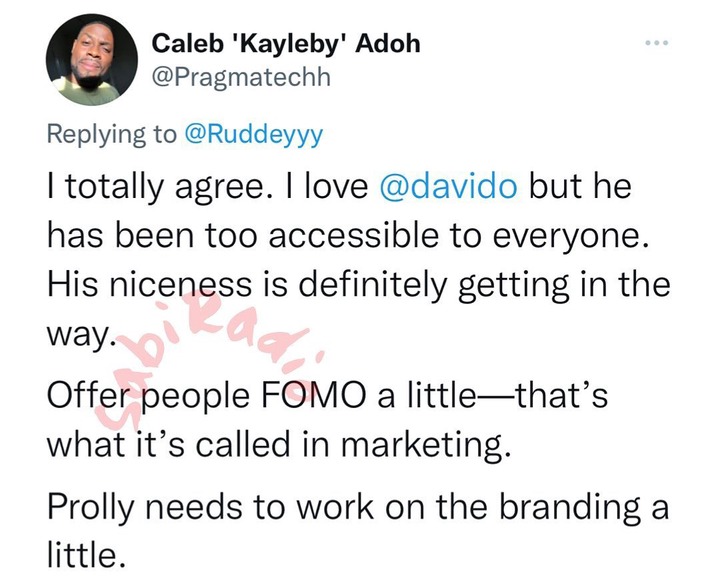 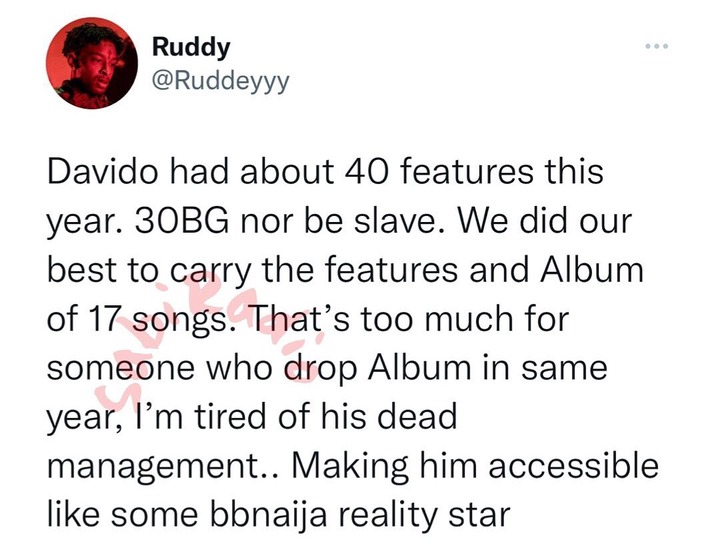 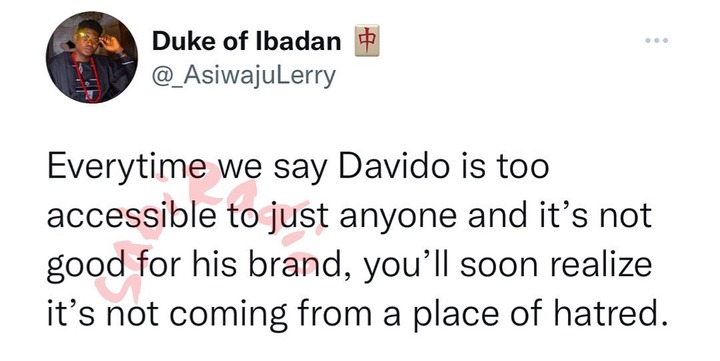 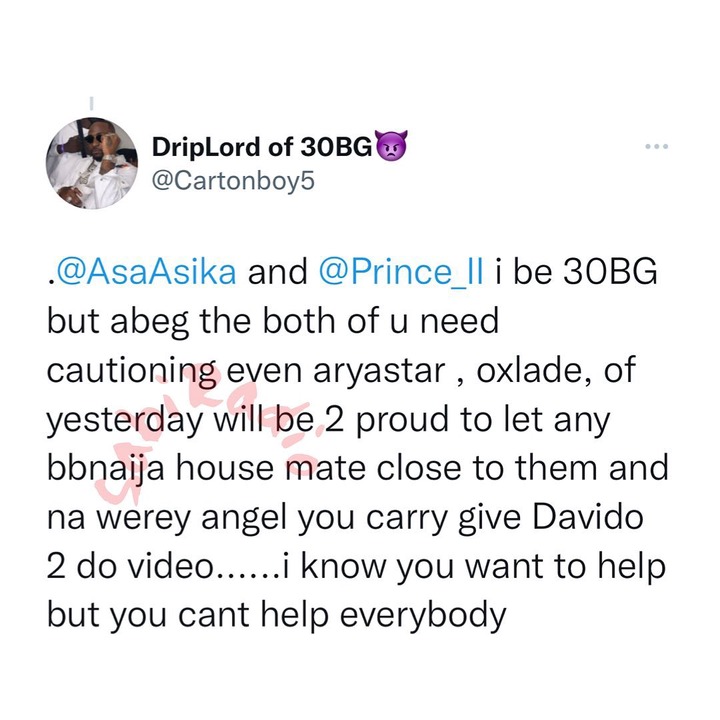