5 Squid Game scenes that were dangerous to film

Many performers real-life nerves turned out to be very handy on the set of Squid Game. The only thing worse than watching the intensely terrifying games played in Squid Game would be doing them. But that was the reality for the whole cast who were often challenged mentally and physically with such difficult material. Here are 5 Squid Game scenes that were dangerous to film.

If you have not binged the entire wild series yet, consider making out time for it. One of the children’s games with a twist played during Squid Game was tug of war. While the simple battle does not feel too high stakes, the consequences of losing this game were fatal. It was also very dangerous to film on set.

The amped up game of tug of war was filmed while the actors were standing on raised platforms. So when one team lost, those people literally fell down and had a terrifying experience. Not only was it scary, there were definite risks of injury as they flew off these platforms, only further intensifying the energy of the scene. 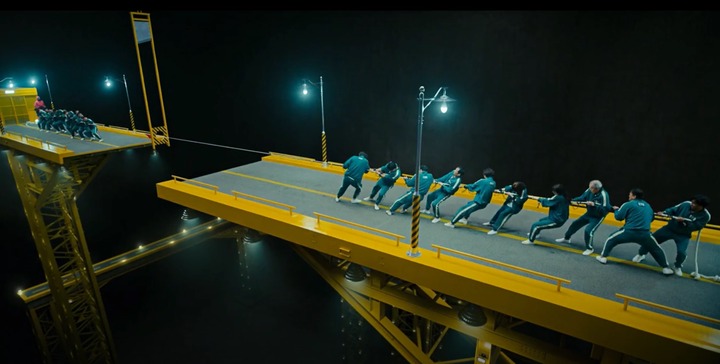 The creative team didn’t want the actors to fake it, so everyone dove right in. While it was nerve-racking, the actors had to commit to their performances fully. It implies that all the strength exerted and the sweat we saw was 100% real. What we don’t really consider is just how much more intense the game is when full-grown adults are playing. Luckily, no one was badly injured while filming.

Filming the glass stones game was actually terrifying for many of the actors facing the nerve-wracking game. While they weren’t set up at the death-defying height we see in the show, they were still about a meter and a half up and that height alone was enough to make nerves settle in. The performers were walking on pieces of plexiglass that could break from underneath them at any time.

Before the time came to actually shoot the high intensity scene, the actors nerves were very present and they didn’t go away while filming either. The game never got any easier and while the actor’s hesitance and worry about filming the sequence could have ruined the takes, it actually wound up being the best thing. 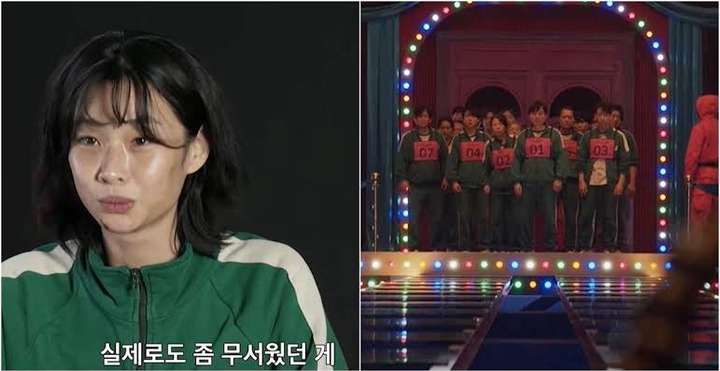 The intensity of the frightening tasks was amplified and made these scenes even stronger. The camera doesn’t lie and was able to capture just how stiff and rigid the actors bodies were. Of course filming on a precarious set was just one hurdle considering how intense the content was and how high the stakes were. Psychologically, the actors definitely struggled with the whole process and with very good reason. Luckily, it all worked out very well for the show. We absolutely feel the terror of these performers through the screen.

Typically, when a production has stunts and scenes as risky and dangerous as what we see being done in the Squid Game. There are a whole crew of stunt doubles specially trained to face the danger safely and take over when the cameras were rolling. The stunt doubles need to be there to take center stage and perform so that the actors don’t risk injury. But in the case of Squid Game, the spotlight was on the performers.

Read: 12 film stars who were almost suffocated by their costumes.

They may have been children’s games, but these were some very adult versions. Falling from heights, exerting great physical strength and terrifyingly stepping on glass stones that could break at any second was just another day at work for the Squid Game crew. This is a major testament to just how dedicated the cast and crew were to telling and depicting the story of the series as honestly as possible.

The very first of the squid game installments was the simple childhood red light green light game. and while it seems innocent enough, it was far from fun. Having to freeze was really tough since the performers had to pretend to be so terrified and worried they could lose their life because of the slightest movement at the wrong time. The environment really just made everything even more uncomfortable since there was such a large crowd dressed almost identically. 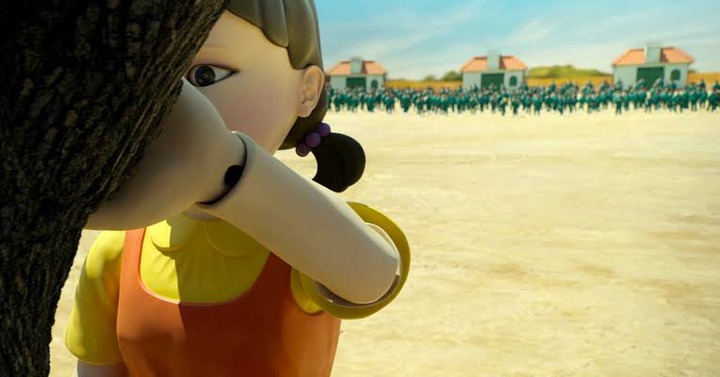 There were moments filming for the actors that felt just a bit too much like real life and the performers could struggle with negative and dark thoughts. This team committed to their craft and put so much of themselves into it that by the end of the day, many could feel depleted and overwhelmed by the experience.

Some were just frustrated with their character’s choices and what they needed. The 218 actor even expressed extreme anxiety when preparing to do his role, but thanks to their awesome director, he felt confident in their work and managed to perform.

The Squid Game premises is wild and part of what makes it so unsettling is the freaky and intricate sets. The colors, shapes and styles give off unnerving and creepy vibes. So it is no surprise that the first day the actors saw where they would be filming, their cameras were immediately whipped out to capture photos of it all. While it may have seemed like a dream, more often than not, the circumstances felt like a total nightmare.

Being on some of the bright and happy sets that induced a sort of feeling of fantasy could feel like being in a different world. But in conjunction with the disturbing content being depicted, the scenes became much worse to endure. The sheer range of realistic sets was impressive. The actors appeared to be outdoors or in the alleyways from when they were children, but it was all just an illusion.

It’s no surprise some of the actors felt mentally challenged and drained while working in these unnerving environments.

15 most expensive dresses ever worn by celebrities

15 most expensive dresses ever worn by celebrities

Lady arrested for butchering boyfriend in Uyo over Mercedes-Benz 4Matic