12 film stars who were almost suffocated by their costumes

No Content Available
Some actors may have looked amazing on screen, but their experiences were worse than you could imagine. You may see these actors in a whole new light when you learn what they went through to portray your favourite characters. Below are a list of 12 actors who were almost suffocated by their costumes.

Tom Holland looked great as Spider-Man, but he wasn’t the most comfortable while playing the web slinger. The suit he wore in the homecoming was very restrictive, making it difficult to breathe. Zendaya even said she was afraid the suit would choke Tom. On top of this, the suit made it a hassle to drink water and use the bathroom.

He had to drink through a straw, fed through one of his eye holes and had to plan his bathroom breaks 45 minutes in advance.

While the beast we see on screen is completely CGI, Dan Stevens was actually on set portraying the character. He had to wear a bulky suit and walk on stilts. The very physical role caused Stevens to overheat and sweat a ton, subsequently leading to weight loss. “I was physically conditioning my legs to be on stilts for 12 hours a day and also conditioning the rest of me so that I didn’t waste away,” he said.

To keep his weight from dipping too low, Stevens had to eat a lot. He stated that he was eating up to four roast dinners a day just to maintain his physicality.

Black Widow seems cool and comfortable when she’s taking down bad guys, but it was a different story for Scarlett Johansson behind the scenes. The Black Widow costume was extremely tight and hot like wearing sweaty pajamas. The heat became so bad that while filming one scene, she started hallucinating. 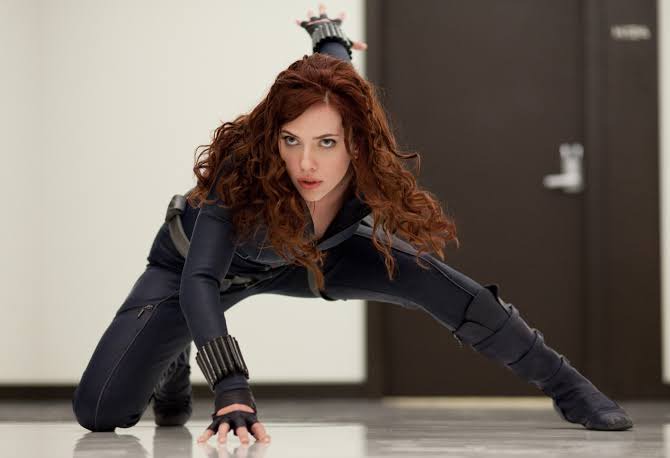 Johansson sweat so much that she would wring her socks out at the end of the shooting day. Her stunts were so demanding that she shredded her costumes and they had to be replaced every few days.

The late Chadwick Bozeman brought the Black Panther to life, portraying him as a stoic noble leader. While the character looks great, the Black Panther costume caused Bozeman some grief. He felt suffocated by the suit and it was so tight that it caused him to have anxiety about wearing it. It was not breathable.

In order to continuously wear the suit, Bozeman had to get into a zen state in order to remain calm. In true Bozeman fashion, he pushed through to deliver the iconic character we now know.

In later movies, Robert Downey Jr only had to wear some pads and trackers for scenes involving Iron Man suit. However in the first Iron Man, Downey donned a full Ironman getup. It was a very stuffy, uncomfortable and restrictive suit. When he had the helmet on, the led lights inside blinded him. Luckily, they didn’t make him wear the helmet for future films.

Gal Gadot’s Wonder Woman costume looks amazing, but it wasn’t the most comfortable to wear. The corset was so tight that Gadot couldn’t breathe and she initially did not say anything because she was just so grateful to have gotten the role in the first place. Fortunately, she got the costume loosened for future films and was able to continue fighting bad guys. 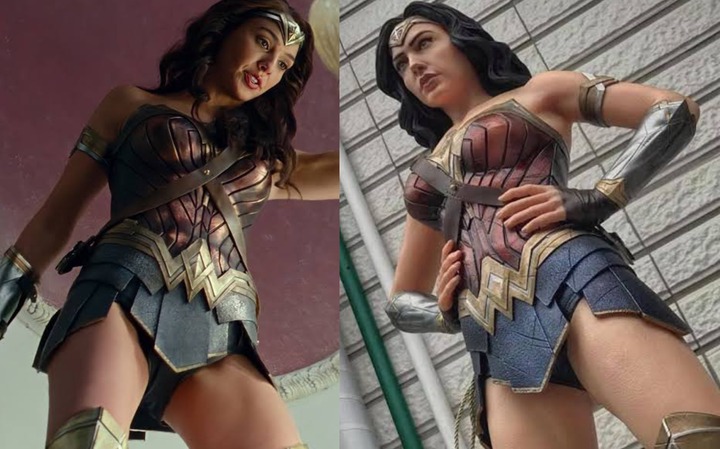 Oscar Isaac had to wear an elaborate ensemble of clothing to become apocalypse. On top of his blue makeup, he wore multiple prosthetics, high-heeled boots and a 40-pound suit to push him over six feet tall. It was hard for Isaac to move and breathe in the outfit. “I would do some acting and then go to my tent and try to breathe. It was rough,” he said. Even after all that, Isaac said the worst part was getting it off as they had to scrape the prosthetics off for hours.

Ryan Reynolds played Wade Wilson the Wisecracking Deadpool. His suit was nothing to laugh about though. Reynolds had trouble breathing in the costume as it was tight and hot. They actually had to redesign the first version of the costume because it was way too tight for Reynold’s body which he got in shape for the movie. “I’m always so terrified I’ll like throw up in the mask or something you know, there’s no space in that thing at all,” he said in an interview.

Catwoman is known for wearing tight leather clothing, but it doesn’t make for a comfortable experience for the actresses that portray the burglar. When Hathaway played the character in 2012’s The Dark Knight Rises, she had a very difficult time with the skin-tight costume. 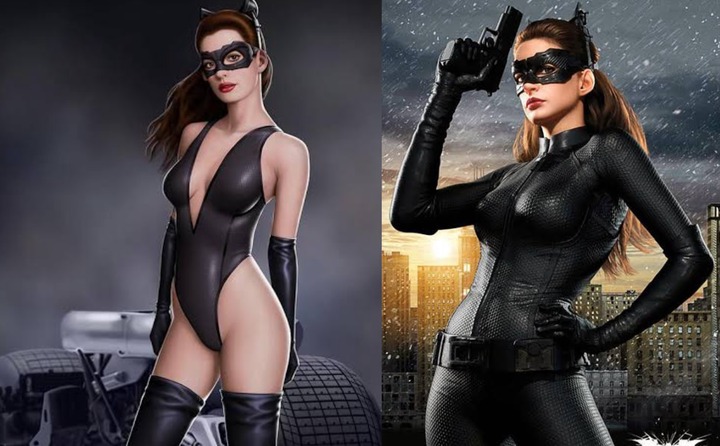 It was a challenge to breathe in and Hathaway described it as a psychological terrorist. “I didn’t understand how you could be thin and strong. I went into the gym for 10 months and didn’t come out,” she said.

Christian Bale played Batman for three movies and the batsuit didn’t feel as cool as it looked. He thought they should recast him during the first movie. “I really did because it was so claustrophobic that I didn’t feel like I could breathe. I felt they have made a mistake and I can’t do this,” he said. On top of this, he almost fainted while filming the Dark Knight Rises.

The makeup and dressing process for vision is not one we envy. Paul Bettany had to wear a skin-tight suit that extended over his head and restricted his hearing. They eventually had to poke holes near his ears so he could hear better on set. It takes about three and a half hours to get into the suit but only 30 seconds to rip it off, according to Bettany.

Margot Robbie’s Harley Quinn is one of the DCEU’s most popular characters. We first saw her in 2016’s ‘Suicide Squad’ where she sported a ripped t-shirt and mini shorts. Robbie said she didn’t like the costume as it made her self-conscious. On top of this, the tight shorts made it difficult to eat and the t-shirt would get wet and uncomfortably cling to her body. Director David Ayer didn’t think denim overalls would be appropriate for that character. Luckily for Margot, she was able to ditch these clothes in later films and was just as amazing in the role.

Although we like to imagine ourselves in our favourite housemate characters outfit, we don’t envy these actors at all. Despite how uncomfortable and difficult it was, they pushed through to deliver performances that made it all worth it. So the next time you see a character with an awesome costume on the big screen, consider what they had to go through on set.