Another pandemic looms, as age-long bubonic plague resurfaces in China

On Tuesday July 7, the Chinese authorities confirmed a new case of the deadly bubonic plague (one that caused the most deadly pandemic in human history), in the region of Inner Mongolia.

Bubonic plague according to Wikipedia is one of three types of plague caused by bacterium Yersinia pestis and could be transmitted through flea bites and infected animals.

One to seven days after exposure to the bacteria, flu-like symptoms develop. These symptoms may include fever, swollen and painful lymph nodes,headaches, and vomiting e.t.c. 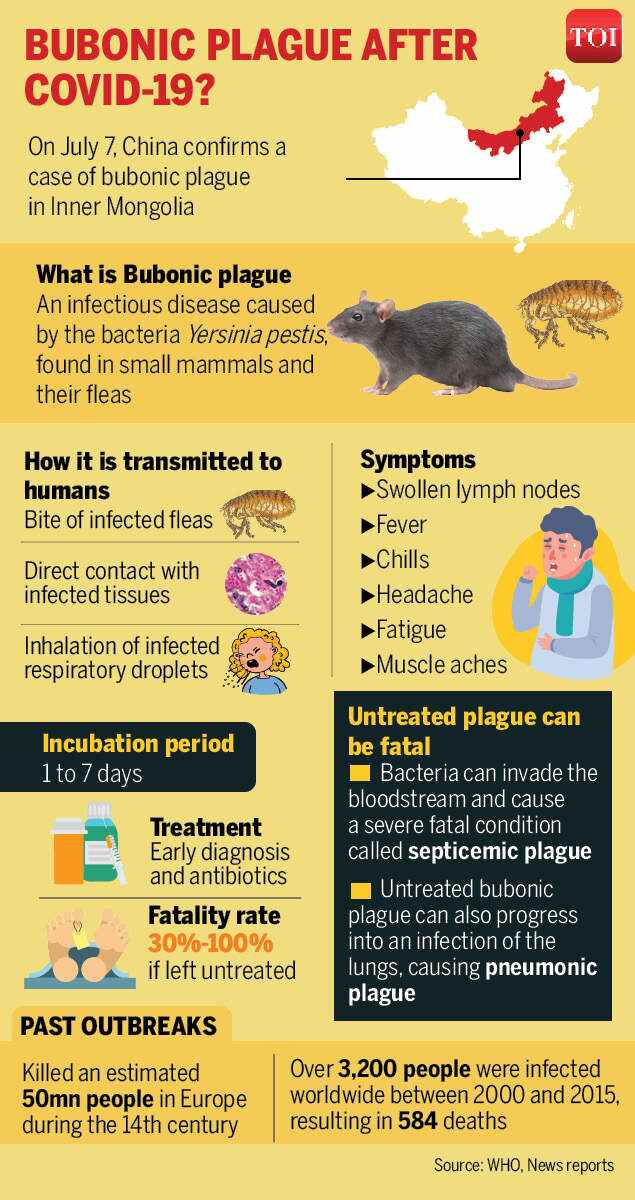 The disease killed an estimated 50 million people in Europe during the Black Death pandemic in the 14th century.

According to reports by Xinhua news agency, the first case of bubonic plague was discovered on Saturday, in the city of Bayannur, northwest of Beijing.

Another suspected case of the disease was discovered in Mongolia – a 15-year-old who had eaten marmot.

Chinese authorities are now on high alert, urging people to take extra precautions to minimize the risk of human-to-human transmission, and to avoid hunting, skinning or eating animals that could cause infection.