A disturbing video of a little girl describing what goes on between her mother and her father in bed has gotten people talking on social media.

The little girl was made to say in vernacular, things that are highly sensitive of her age, while some shameless guys filmed the conversation and shared it on social media.

It was gathered that the reason why the girl said those things is because her parents share a single room with them. The more reason why some people blamed her parents for the little girl’s actions.

They also called out the guys who filmed the girl for being so insensitive. Read some reactions below: 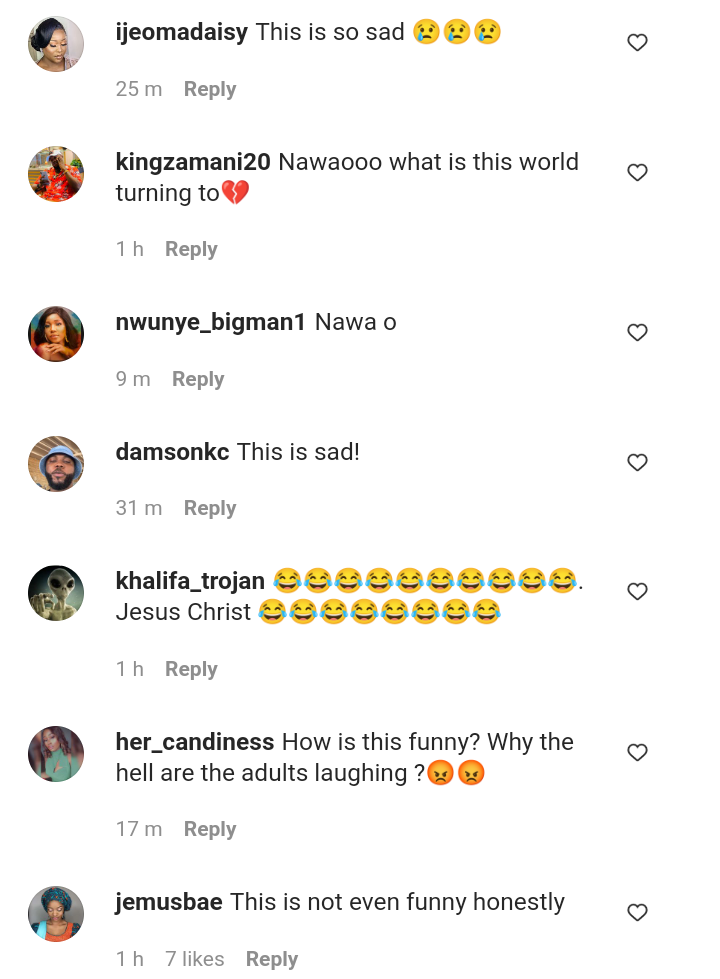 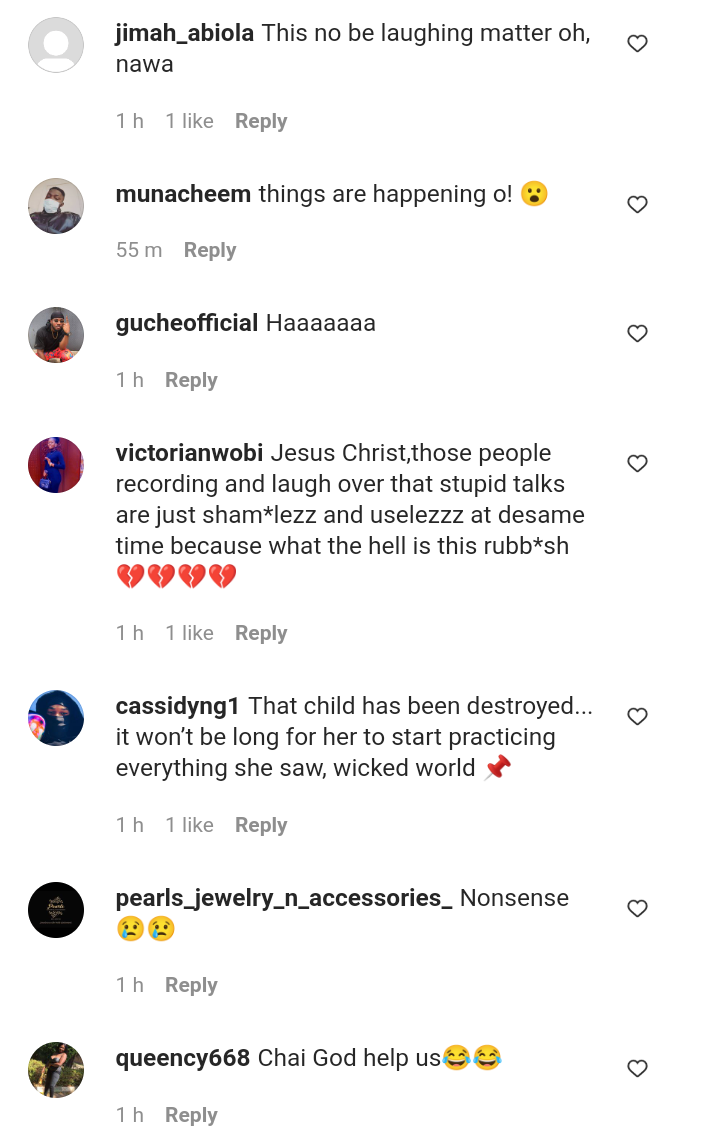 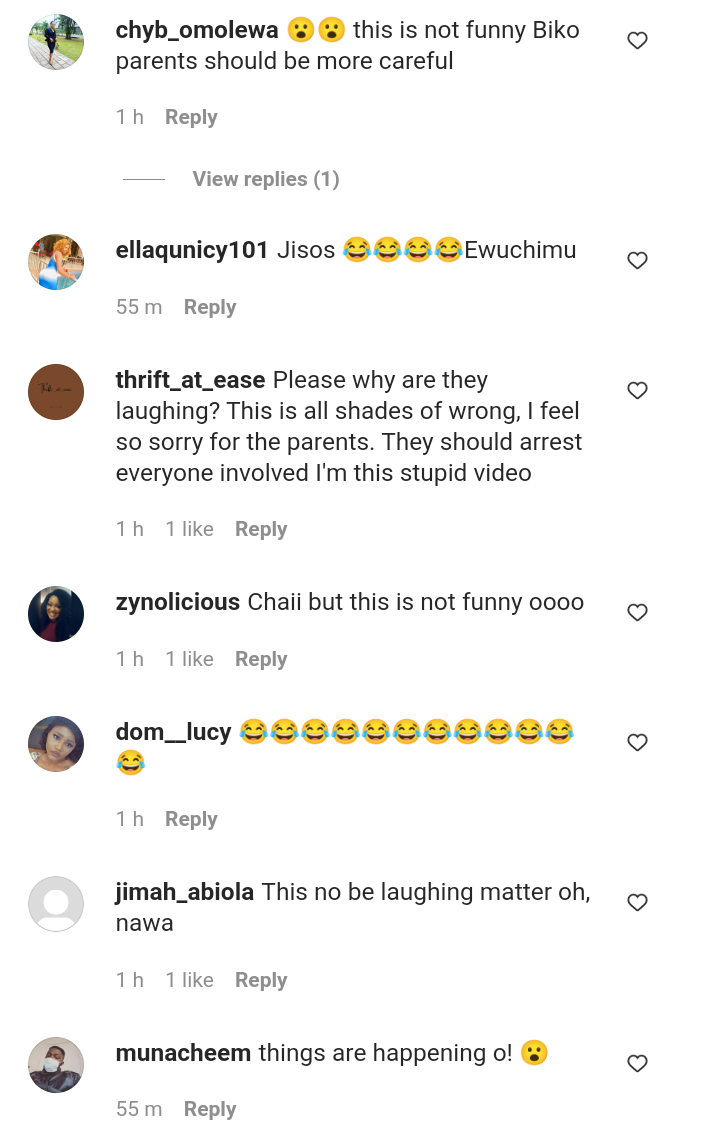 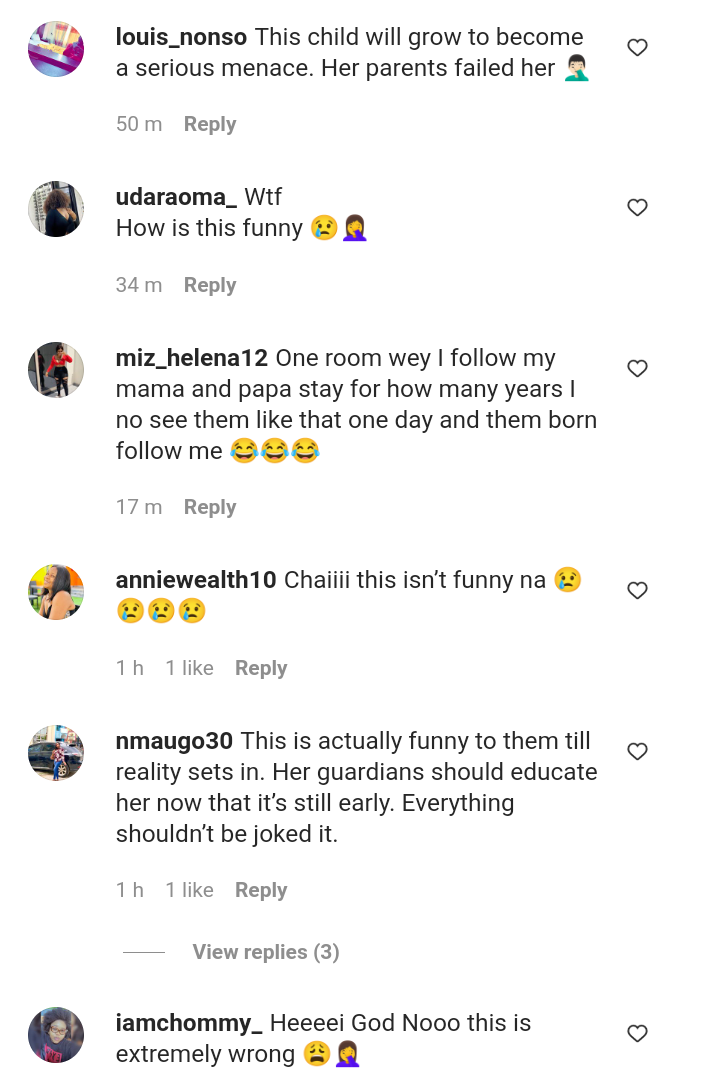 Nigerian man collapsed after losing a huge amount of money to gambling. The man who obviously couldn't contain the loss...

Currently, the nation's economy has not been stable as debt stock, inflation rate and exchange rate skyrocketed over the years....

Aisha Yesuf, a Nigerian activist and one of the lead protesters during #EndSars has taken to social media to advise...

Unbelievable: Watch as man lifts a car with his bare hands

When we see people do certain things, we are left with no other option than to believe that they have...