Nick Vujicic was born with no arms and legs. Despite the many challenges this disability created for him, he was able to rise above everything and live his life without limits. He became a best-selling author and motivational speaker who inspires millions of people to not give up on themselves.

This is the inspiring story of the man without limbs who achieved the impossible and became limitless.

Nick Vujicic was born with a rare disease called Tetra-amelia syndrome, a very rare disorder characterized by the absence of all four limbs. When his father saw the baby for the first time, he was so shocked that he almost fainted. His mother was also devastated and refused to hold the baby for months.

With time, they accepted his condition. They everything in their power to make him happy, but they were sad and worried about Nick’s life. They knew that their son will have many challenges and difficulties, but they decided to help him in every painful moment.

Nick struggled physically, mentally and emotionally. At school, he was constantly bullied because of his looks. He was laughed at and avoided by the other kids. His fears grew more and more each passing day. They became more paralyzing than his disability. This young boy lost all hope that one day life will get better.

At the age of 10, he tried to end the pain. He didn’t want to live anymore. But one image kept coming in his head and that was his parents crying and wishing they could have done something more. So he stayed because of them. He felt they didn’t deserve the pain.

After many years of depression, at the age of 17, Nick read about a disabled man who refused to let his disability control his life. That felt empowering and changed his perspective. He stopped looking at everything he didn’t have and felt grateful for the many things he already had. In that moment, he decided that his disability won’t dictate his life. He promised himself that he will never give up again.

“If you can get a miracle, become one,” he told himself.

At a very young age, he founded his nonprofit organisation called ‘Life Without Limbs.’ He went ahead to became a famous motivational speaker and best-selling author in 2008. At one of his speeches, Nick met a beautiful woman. They soon fell in love and got married. 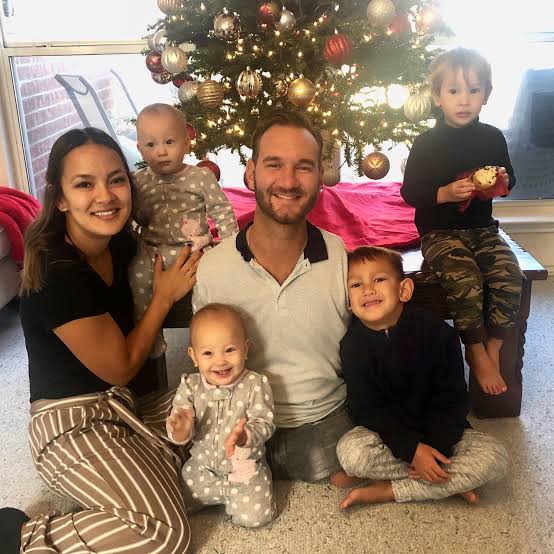 Today, Nick is the father of four beautiful children. Everyday, he inspires millions of people around the world with his desire to live limitless despite his disability. Nick lives his life to the fullest. He loves to paint, he swims, he loves skydiving, he surfs and plays golf. So tell me what’s your excuse? 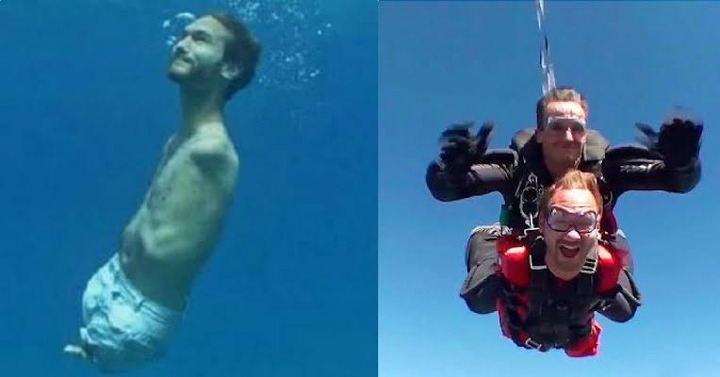 Remember, no matter how many times you failed and lost hope, you have the power to change your life. I encourage you to accept that you may not be able to see a path right now, but that doesn’t mean it’s not there. Adjustments are necessary along the way because life is not always rosy, but it is always worth living.

You may have arms and legs, but unless you know who you are, what your value are and what your purpose in life is, then you are more disabled than someone with physical disabilities.