I Have Never Loved You, But I Will Marry You Just To Thank You For Sponsoring Me Through University – Lady Tells Fiance

I have read alot about relationships and break-up but none has made me feel this bad.

In a painful WhatsApp conversation shared on twitter, a man whose identity was not revealed sponsored his woman identified as Sarah up to the university level and she did a four years course, graduated.

The girl insists that the only thing that she feel for him is just appreciations and nothing more, she vowed to remain in that relationship and possibly get married to him even though she is in love with another man.

This is sad and painful to read. 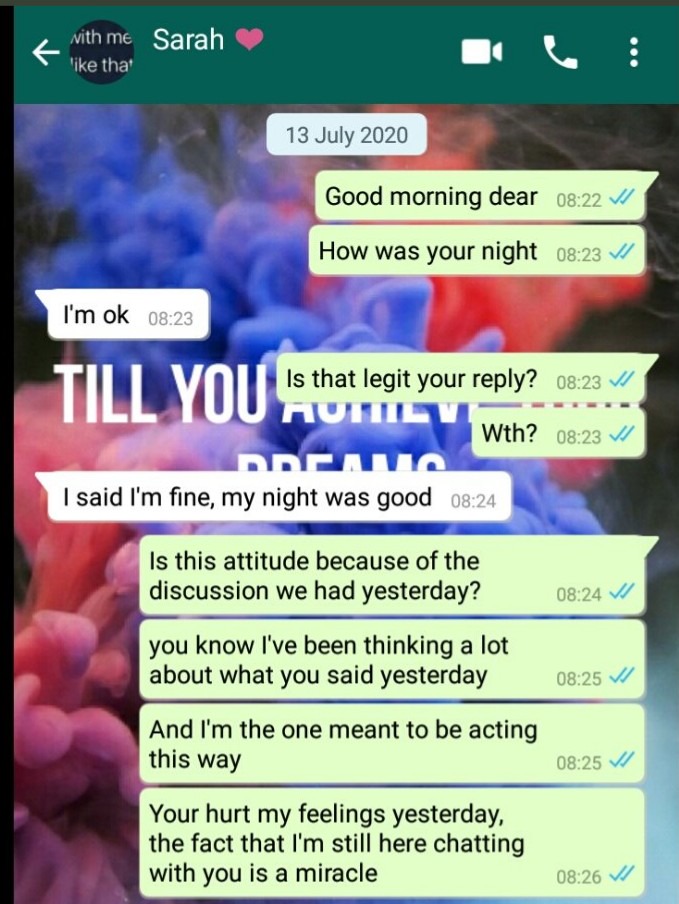 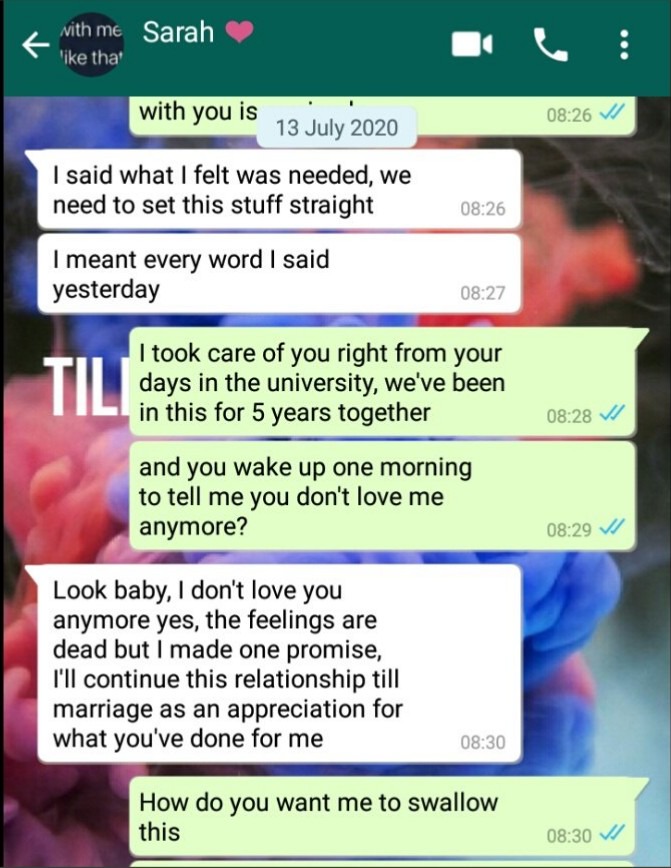 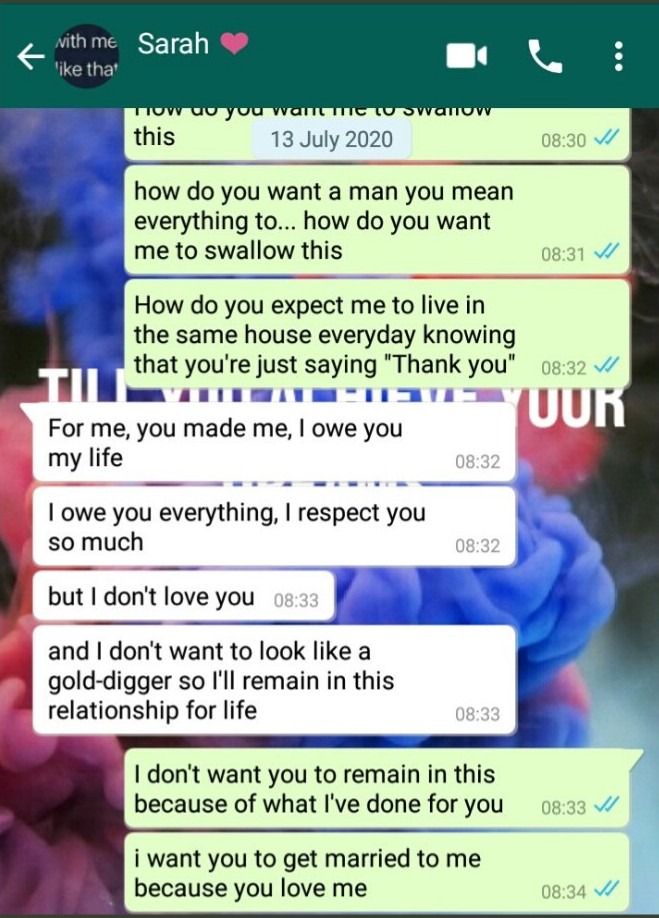 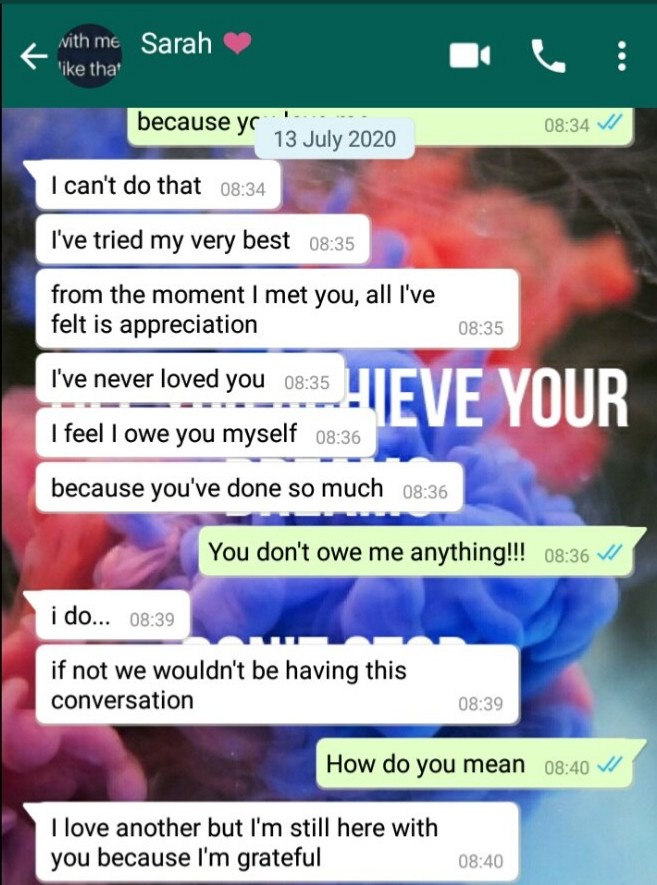 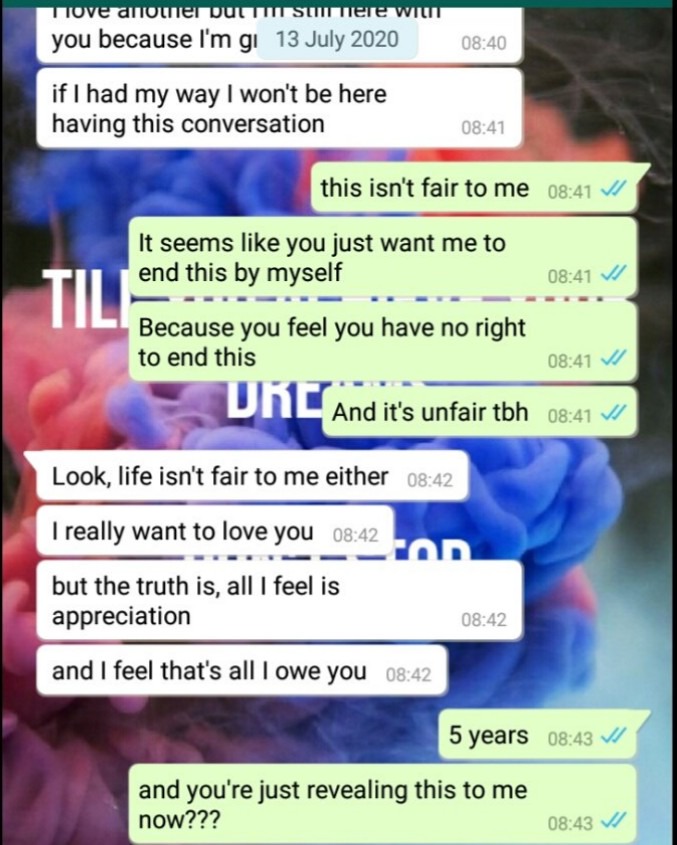 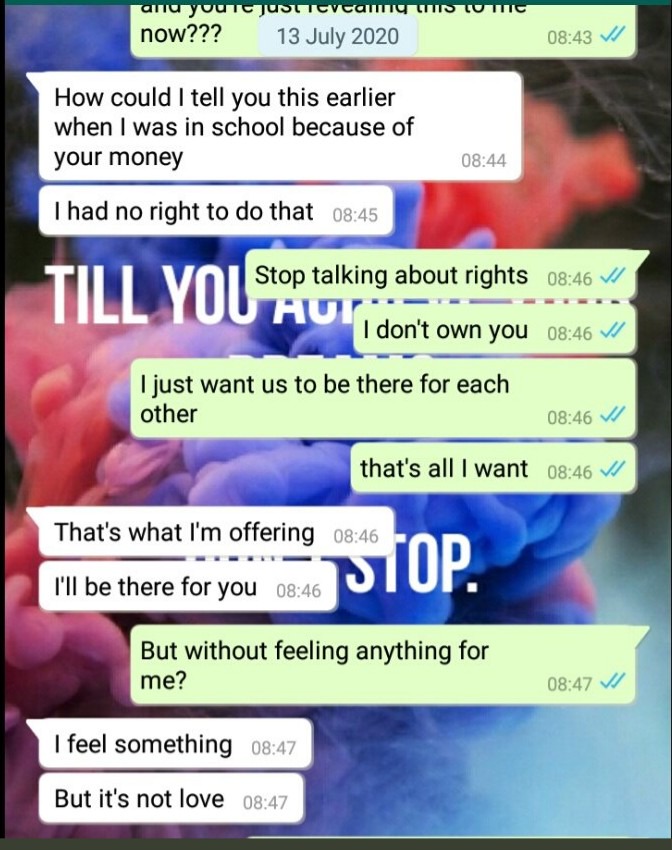 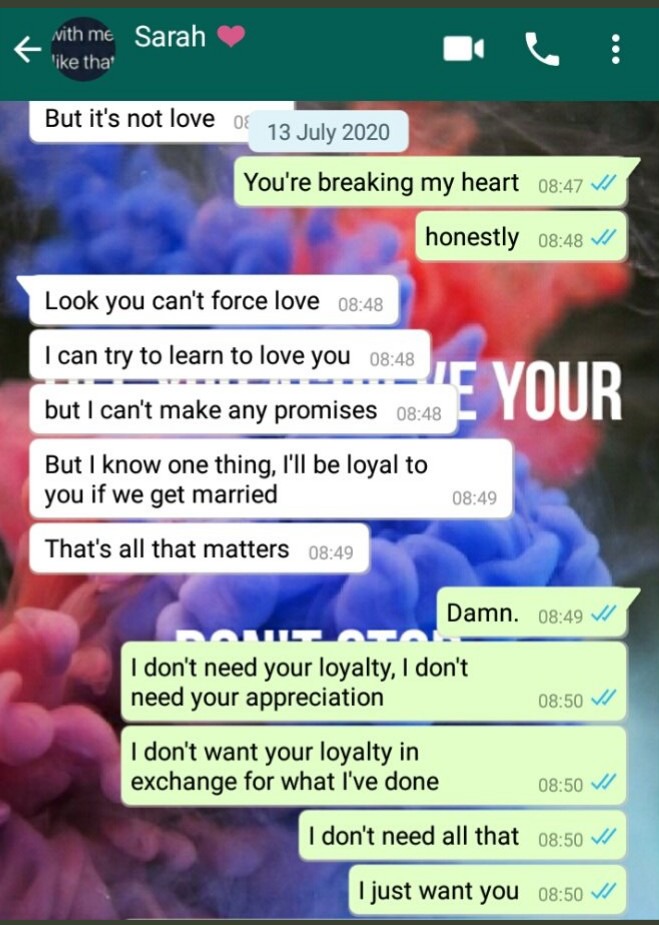 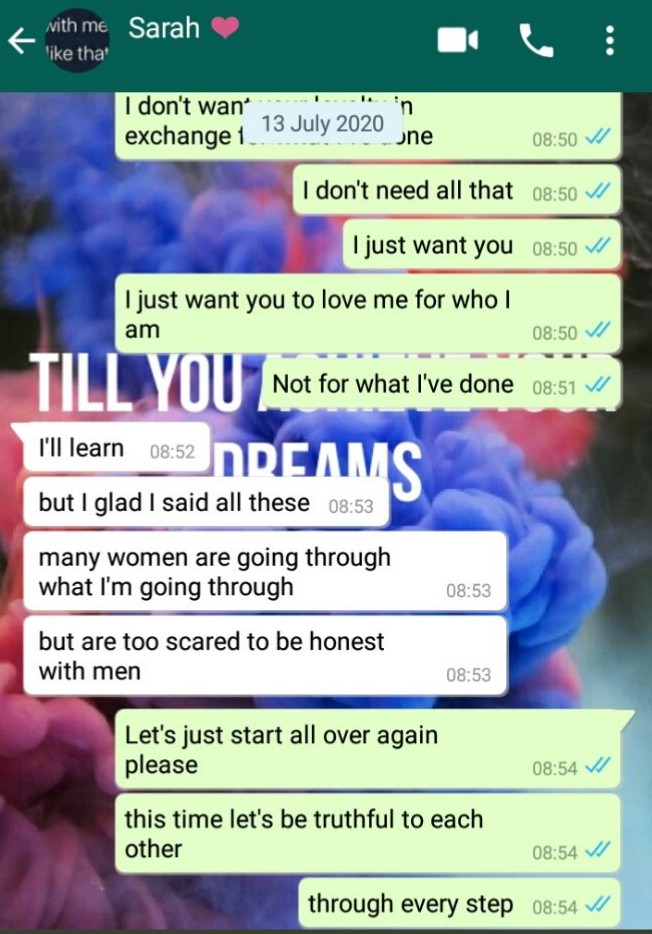 Some Women will Hurt you without even thinking twice. Really heartless lots. The guy must have done so much for her to even appreciate it, women don’t normally appreciate anything.

I felt so sorry for him .

In as much as the girl was mean by playing with the young man emotion all along.

I strongly blame the young man for being stupid.

Had it been that he married the girl and then start training her, that’s fine, many men do it.

But he placed his hope on that after training her, the girl will accept to marry him,

He took a risk but it backfired.

Had it been that he wanted to train her just for kindness sake and don’t have any marriage objectives in mind, that would be understandable.