Search
Skip to content
Super Eagles midfield general Wilfred Ndidi has been voted as Man Of The Match in Leicester City’s 2-0 victory away to Tottenham on Sunday afternoon.

Leicester boosted their title hopes with a strong and classic victory over Jose Mourinho’s men at White Hart Lane.

A Jamie Vardy penalty and Toby Aldeweireld own goal was all that Leicester needed to do the damage and move up to second position in the table. Tottenham who were initially third were relegated to the fifth position, six points behind leaders Liverpool.

Related: Pele sends a message to Messi after equaling his all-time football record

Wilfred Ndidi who is regarded by most people as the best holding midfielder in the Premier League was at his destructive best during the encounter. 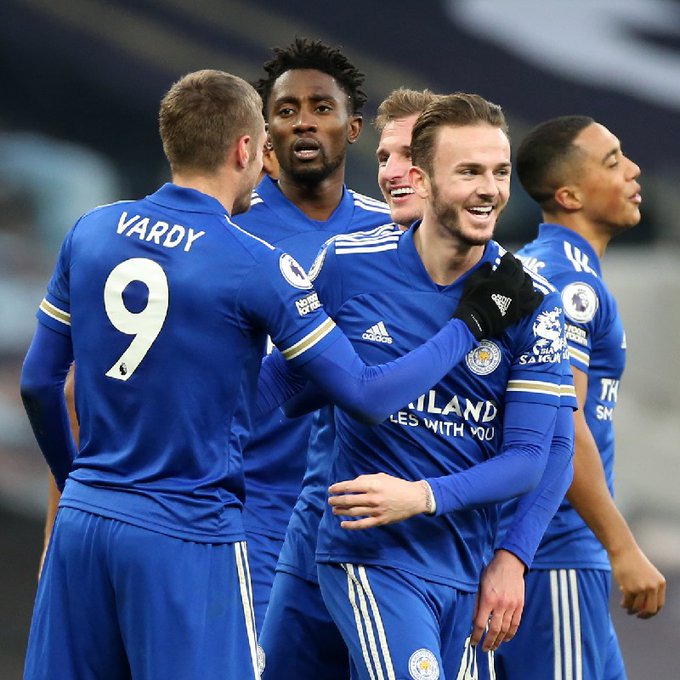 The 24-year-old Nigerian made a game-high 19 recoveries, won all of his attempted tackles and completed 94 per cent of his passes. He made sure the deadly attacking duo of Harry Kane and Heung-Min Son was kept quiet throughout the game.

Ndidi was also pivotal in winning the ball in the build-up to Leicester’s second goal.

His compatriot Kelechi Iheanacho was introduced in the 88-minute in place of injured Jamie Vardy.