The 33-year-old forward who completed a six million euros transfer to Diego Simeone’s team was spotted at the training ground of Wanda Metropolitano Stadium along with several other players.

Surprisingly the Uruguayan frontman wasn’t received with harp and trumpet, instead he was generally beaten into the fold. The players created a path for him to pass through, and simultaneously beat him while he crossed.

Suarez officially ended his six-year stint at the Camp Nou on Wednesday after he signed a deal with La Liga Atlético Madrid. 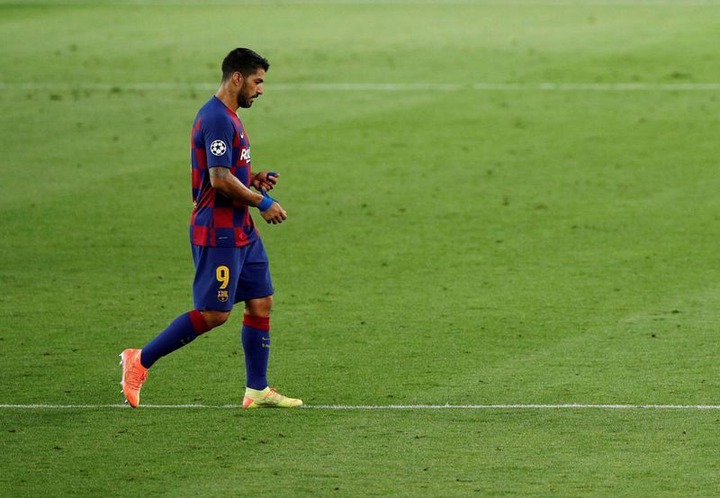 Though he left Barça, but his legacy still remains with the club. He’s the third all-time leading scorer for Barcelona by scoring 198 goals from 2014 to 2020.

Meanwhile, Suarez also had a great bond with Lionel Messi and his family. Read the emotional tribute Lionel Messi’s wife wrote for Surez