Super Eagles striker Victor Osimhen continued his masterclass for Napoli in their 3-0 friendly win over Bayern Munich at the Alianz Arena.

The 22-year-old Nigerian scored a brace that propelled Naples to a big victory against the Bundesliga champions right in front of their fans.

Osimhen’s brace came within a space 2 minutes of the second half of the game which had the likes of Robert Lewandowski, Serge Gnabry and Leroy Sane in the starting lineup.

The game ended in a 0-0 draw in the first half until turbo charged Victor Osimhen put Naples ahead in the 69th and 71st following two precise assists from Ounas. 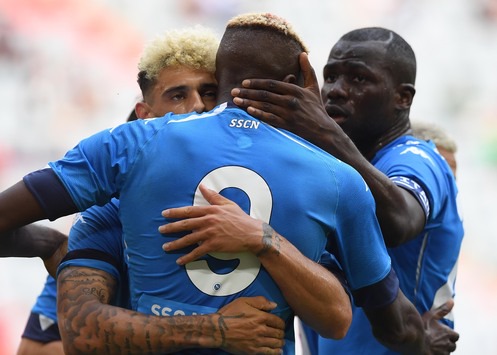 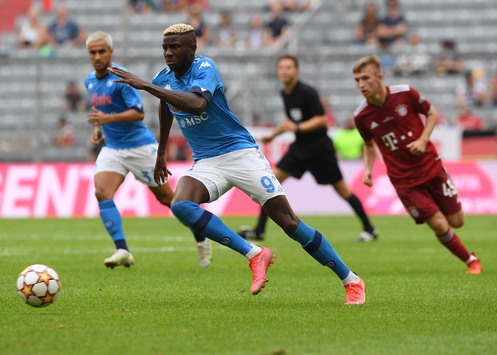 When Bayern were still trying to recover from the 2 goals deficit, 25-year-old France International Zinédine Machach put the game beyond their reach by scoring in the 81st minute.

Osimhen will be aiming to continue his impressive performances for Napoli when they play their next friendly game against Polish club Wisła Kraków on August 4, 2021.