The name Chidera Ejuke might not be popular now, but I am sanguine that in few years time it is going to be a household name in Nigerian football.

But who is Chidera Ejuke and why am I so certain that he’s going to be a great player capable of becoming a successor to two greatest midfielders Nigeria has ever known?

Chidera is a 22-year-old Nigerian attacking midfielder who currently plays for Russian giants CSKA Moscow. He was a member of the Nigerian U17 team that failed to progress for the U17 Cup of Nations three years ago.

Prior to his move to the Russian Premier League on August, he was rated as one of the most skillful players in the Norwegian league where he featured for Vålerenga (2017–2019) and Heerenveen (2019–2020).

The massively talented forward made 84 appearances altogether for both clubs and scored 22 goals. Most notably was his amazing solo goal for Valerenga in their 4-1 thrashing of Tromso on April 16, 2019. A goal which was nominated for the goal of the season.

He picked the ball from the halfway line, accelerated towards the 18-yard box, dribbled past two defenders, rounded the goalkeeper before slotting into the net.

That goal alone explains why I picked him as an heir to Jay-Jay Okocha and Mikel Obi’s throne. He’s got Okocha’s techniques and Mikel’s confidence. But there’s more to his game – his pace makes him one of the fastest players in the planet. 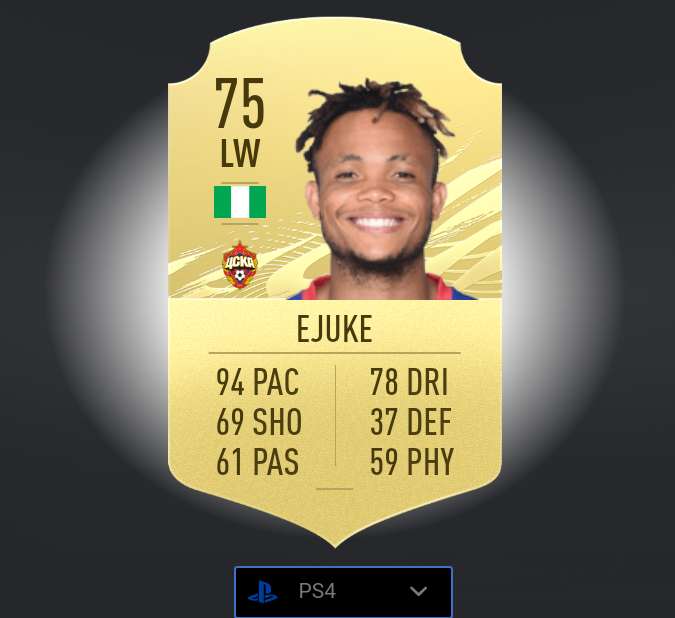 RELATED: Check out the faces of these top players on FIFA and PES 21

Ejuke is currently rated 17th fastest player in the world with a 94 pace rating. With terrific speed, quick feet, physical strength and a good conversation rate, I bet you can’t think of a better ideal player of the modern game.

Having a natural number 10 like Ejuke in the middle of the Super Eagles lineup would bring back the much needed creative spark in the team, a responsibility Okocha and Mikel have shoulders during their illustrious career. 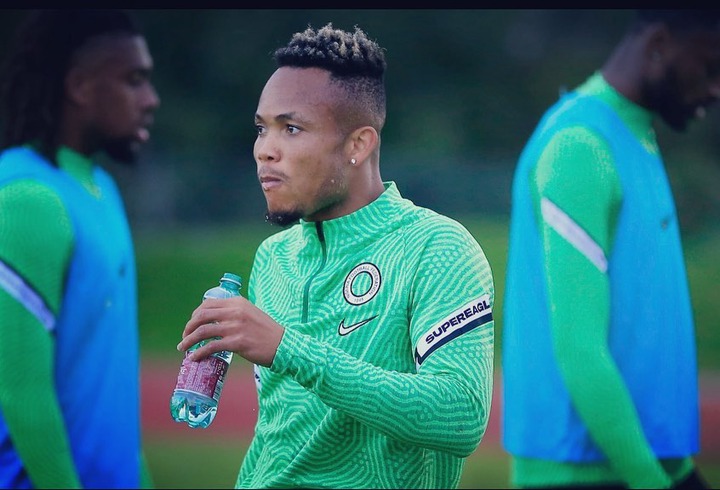 He displayed some flashes of individual brilliance when he came on late in Super Eagles 1-1 draw against Tunisia on October 13.

I cannot say for sure if Chidera Ejuke will someday get to Mikel and Okocha’s level, but am certain he’s destined to succeed them.