Super Eagles striker Kelechi Iheanacho has once again been shortlisted for two award in the English Premier.

The 24-year-old Leicester City striker was selected alongside nine players including Liverpool’s defender Trent Alexander-Arnold, Manchester United’s Mason Greenwood, West Ham’s Jesse Lingard and others, for the EA Sports Premier League player of the month award for the month of April 2021. 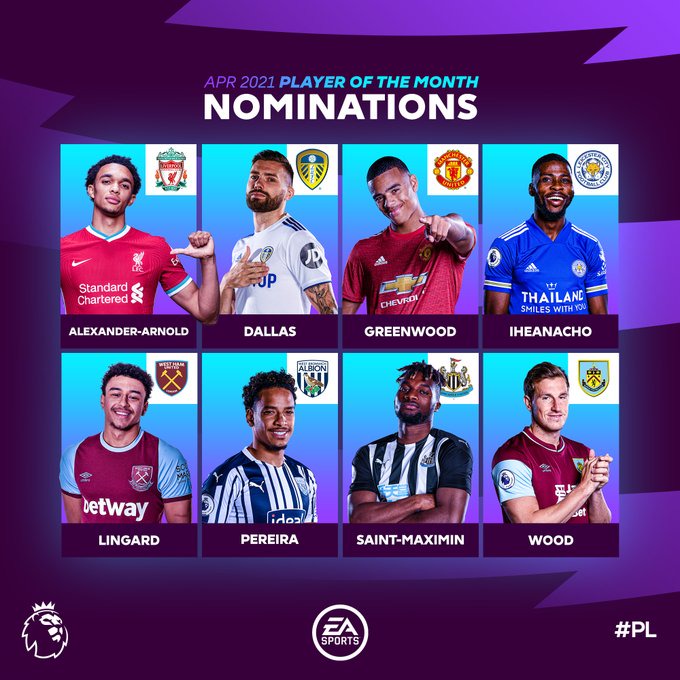 Having won the award for the month of March, “Senior Man” as he’s fondly called, carried his rich vein of form down to April to be chosen for the second time in a row.

Meanwhile, Kelechi Iheanacho’s riffled finish into the roof of the net in the Foxes 2-1 victory against Crystal Palace on Monday April 26, was also nominated for the Premier League goal of the month of March. 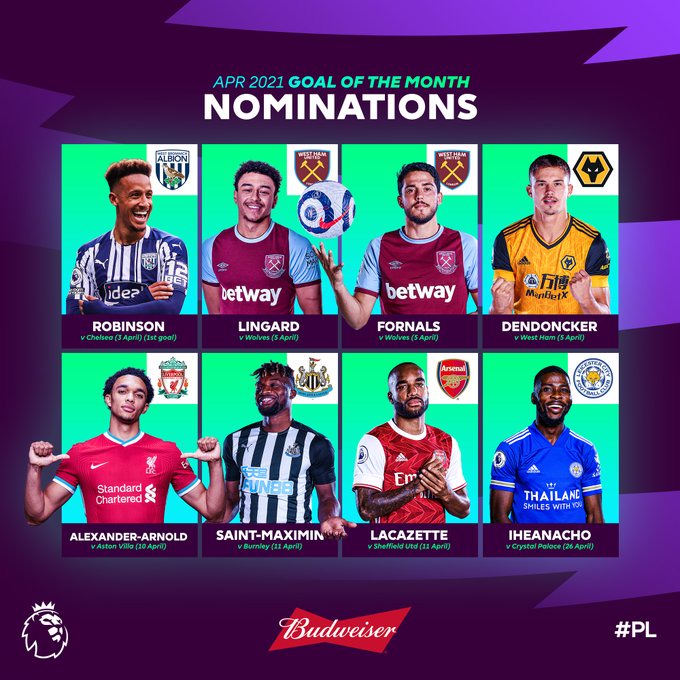 If Kelechi wins this POTM award, he will become the first and only Super Eagles player to win it for the second time in a row.