Former Super Eagles striker Odion Ighalo has revealed the reason behind his decision not to return to the national football team of Nigeria at the moment.

Most fans have been craving for the 2019 African Nations Cup golden boot winner to return to Super Eagles, especially after his recent exploits in England with Manchester United. 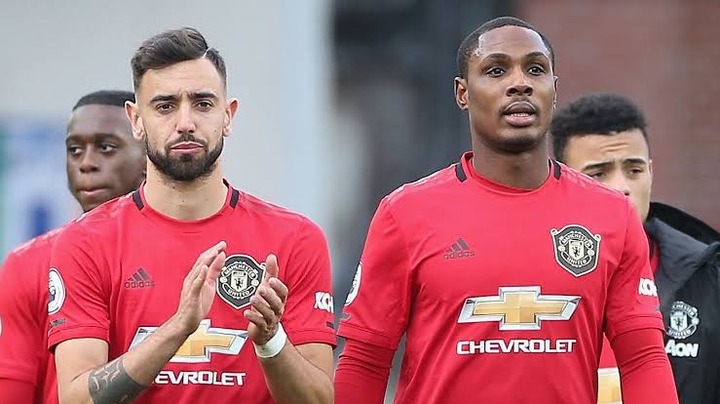 Odion Ighalo however pointed out in a recent interview monitored by Newsblenda, that Nigeria is his country and would never say no if they need him badly.

But for the fact that the current crop of strikers in the Nigerian team (Victor Osimhen, Kelechi Iheanacho, Paul Onuachu et al) are all doing very well, there will be no need for him to come in and destabilise the team.

“I don’t see the need for me to come back. But nigeria is my country, you never can say never. If they need me badly, I can only think about it and talk to my family members and decide what to do but for now, I just want the young boys to carry on what they are doing. They are doing well. Victor Osimhen is doing well, Paul Onuachu, Kelechi Iheanacho and the other strikers are doing so well. so i don’t think they need anything to destabilise the team for now,” he said.

Ighalo 32, who currently plays as a striker for Saudi club Al Shabab, announced his retirement from international football after the 2019 African Nations Cup in Egypt where he won the golden boot, helping Nigeria finish 3rd.