Argentine has ended a 28-year wait for a Copa America trophy with a remarkable 1-0 win against the host country Brazil, on Saturday evening.

A 22nd minute goal by assistant captain Angel Di Maria was all that Argentina needed to emerge victorious in a keenly contested final that saw nine yellow cards.

Argentina’s triumph means victory for Lionel Messi who unfortunately lost three finals of the Copa America (2007, 2015 & 2016) despite his brilliant performances. 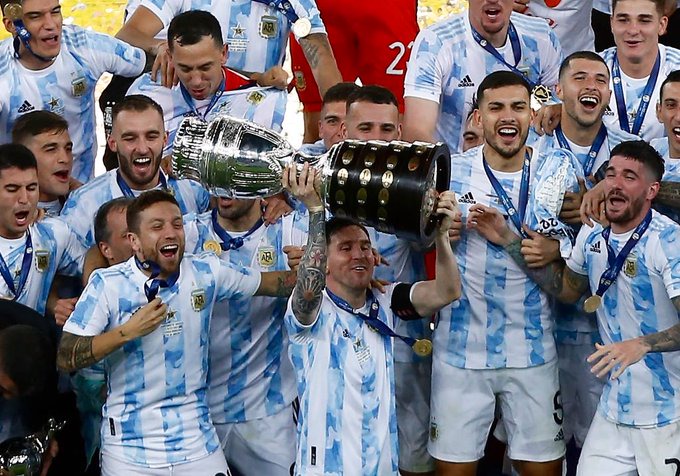 Messi has arguably been the finest player the planet has ever produced in the sight of most football lovers, but for some Cristiano Ronaldo fans, he wasn’t the greatest of all time without an International trophy.

That has always remained a case for a strong debate for Messi and Ronaldo fans on social media. But after winning his first International trophy for Argentina, including the golden boot and golden ball of the Copa America 2021, see how it is currently going for Messi’s fans against Ronaldo fans. 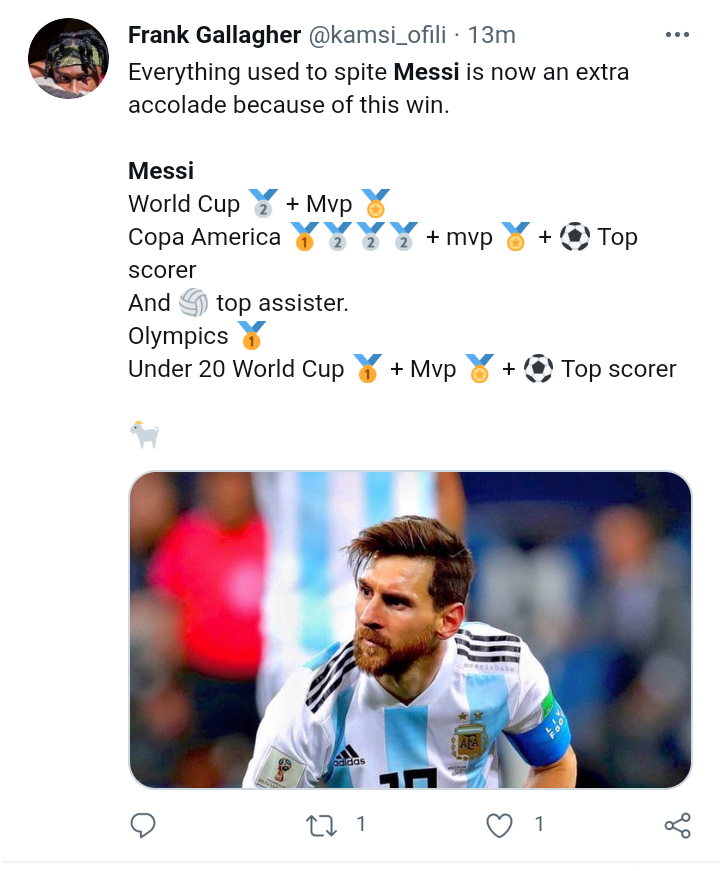 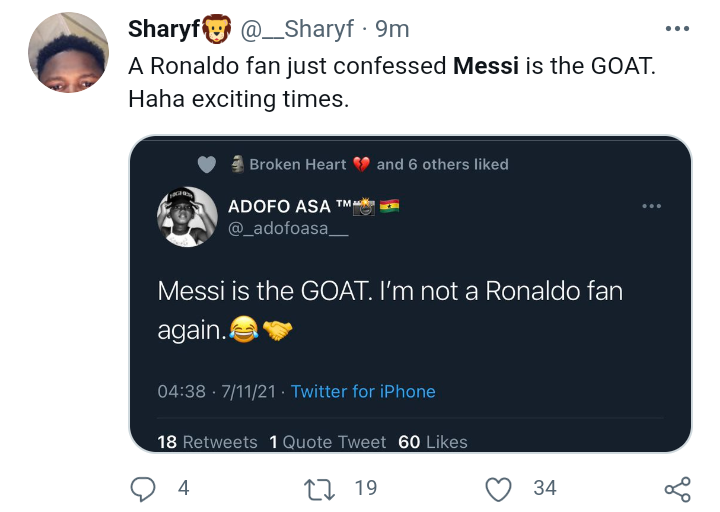 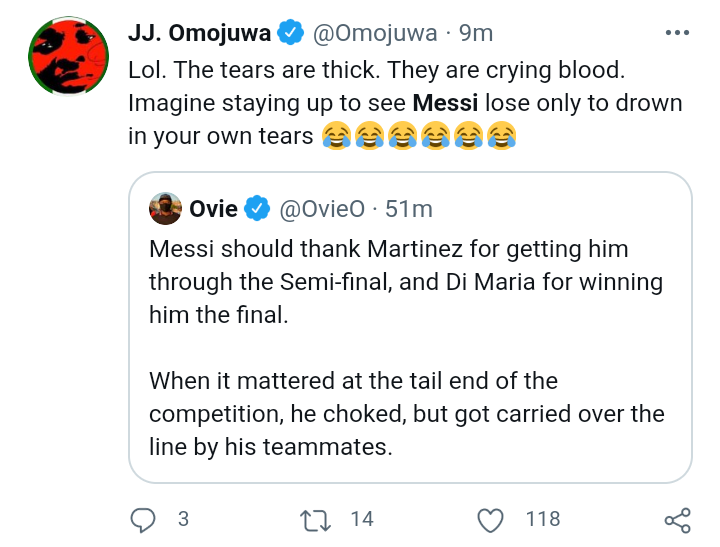 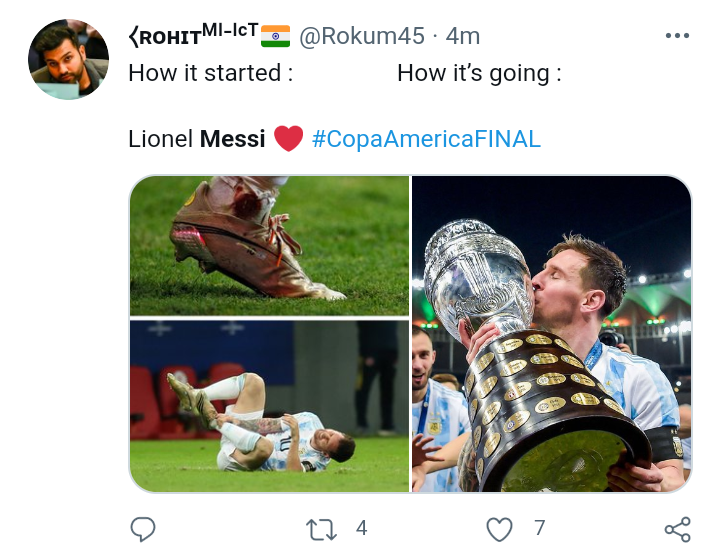 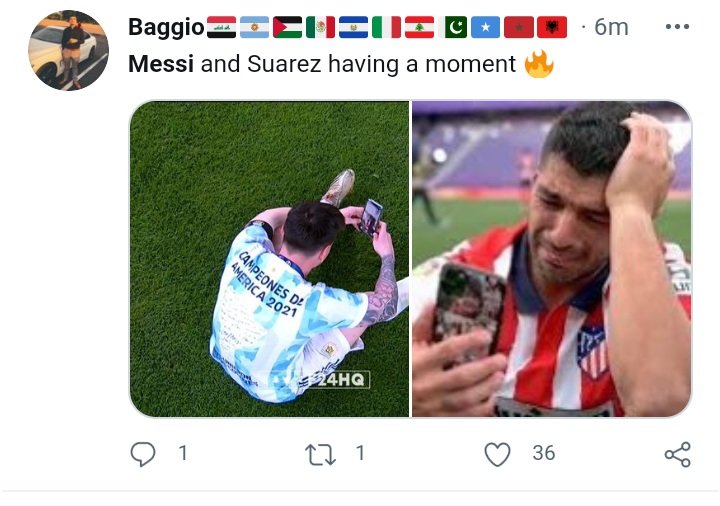 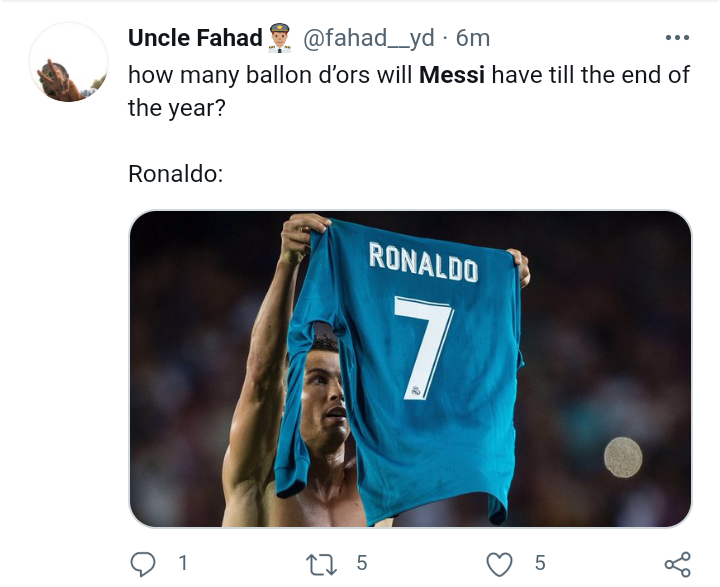 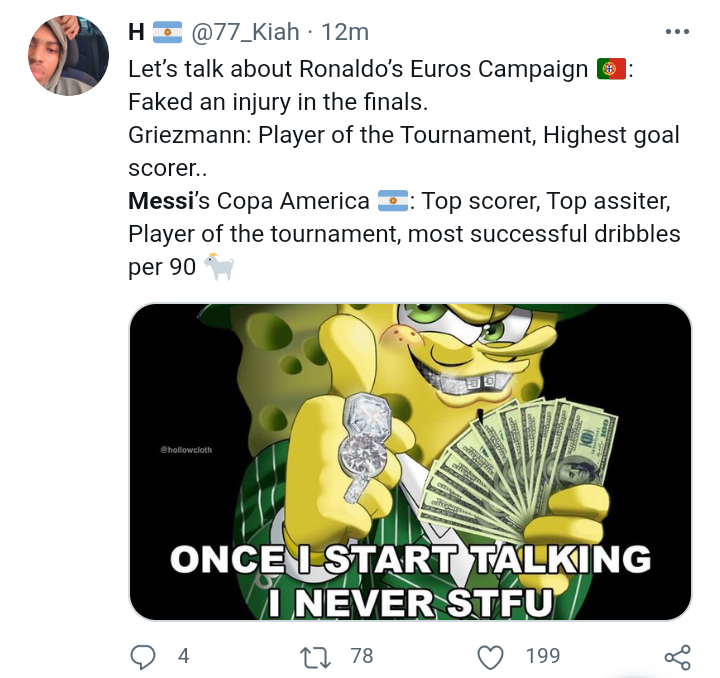 Lionel Messi Have Been Banned At Barcelona