Have you ever heard of “human cloning” before?. No doubt you may have come across it. Probably in the movies or some kind of rumours going around. The truth is that most people usually talk about it without actually knowing what it’s all about.

Is there any possibility that humans could be cloned? Before we get an answer to that question, let’s define some terms.

According to Wikipedia, Cloning is the process of producing genetically identical individuals of an organism either naturally or artificially.

The term also refers to the production of multiple copies of digital media or software. Two identical twins are a clone of themselves.

On February 23, 1997, the scientific journal Nature published a report of the birth of the first mammal cloned from adult cells — a sheep named Dolly. But how was it done? 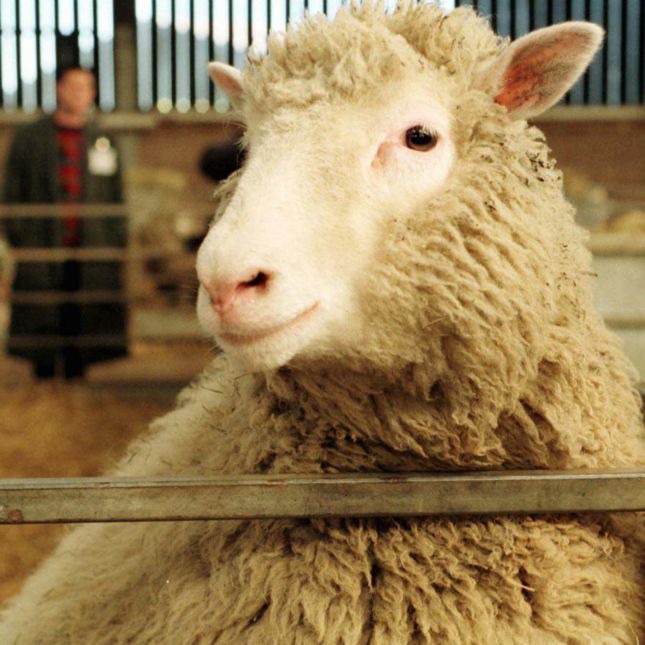 Photo: Seven-month-old Dolly in 1997 at the University of Edinburgh’s Roslin Institute

Dolly was cloned by removing the DNA-carrying nucleus in an egg of a sheep and fusing it into the egg cell from another sheep (in this case, a cell line from a sheep that had been dead for several years), then hitting the resulting cell with a jolt of electricity. The resulting cell began to grow and divide. It was successfully implanted in a sheep’s uterus and eventually became a healthy lamb.

The technique was tried unsuccessfully for 250 times before it finally worked. Although this clone was just a sheep, rumours turned it immediately to be a cloned human. The world was shocked, afraid and surprised to hear that, the more reason why Governments around the world rushed to ban any process related to human cloning.

Could humans be cloned?

The news that researchers have used cloning to make human embryos are all fake. As far as I know, no one has succeeded in using the Dolly process, technically called somatic cell nuclear transfer, to clone humans.

The process itself is unethical, risky and destructive. Animal experiments shows that cloning often involves the destruction of malformed embryos of animals. If the same process is applied in humans, it’ll amount to a selective abortion – removal of embryos that has not fully developed. Thus, this is also a pro-life issue.

Humans are unique creations, therefore it is not right to treat tiny human lives as objects of experiments. Taking innocent human life is murder, because an embryo is a human, any procedure that requires the destruction of human embryos is scientifically unethical.

Researchers have also discovered just how difficult it is to clone human embryos or even nonhuman primate embryos. Human cloning is only possible naturally, that is in the case of identical twins.

Russia Emerges As First Country To Register A Coronavirus Vaccine

Nigerian U.S. Based Doctor Insists That Covid-19 Has A cure And No Single Patient Has To Die.